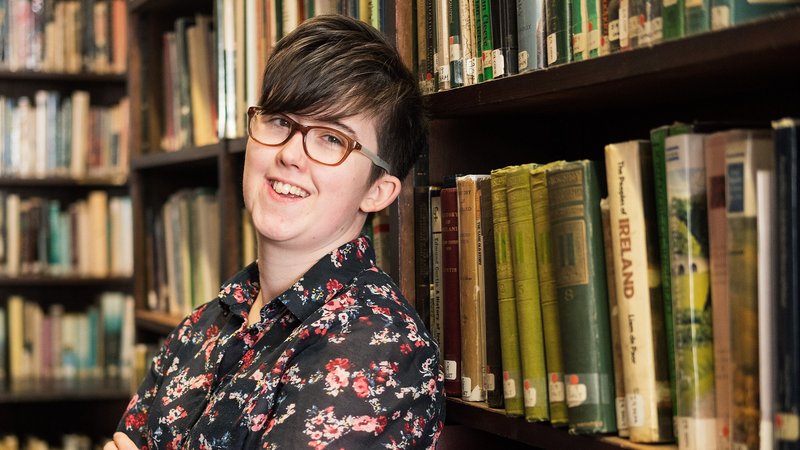 The New IRA – If Brexit doesn’t scare you, meet the new IRA who are patiently waiting for the UK to close the border to Northern Ireland, and have started the new troubles rolling by killing Irish journalist, 28 year old Lyra McKee in Derry. SHe was standing by a car in Derry. The new IRA apologized to Lyra’s family: “On Thursday night following an incursion on the Creggan by heavily armed British crown forces which provoked rioting, the IRA deployed our volunteers to engage. We have instructed our volunteers to take the utmost care in future when engaging the enemy, and put in place measures to help ensure this. In the course of attacking the enemy Lyra McKee was tragically killed while standing beside enemy forces. The IRA offer our full and sincere apologies to the partner, family and friends of Lyra McKee for her death.”

Sri Lanka: ISIS claim the Easter bombings (eight of them) of Christian churches and tourist hotels, that claimed over 300 lives, has every chance of plunging the country right back into civil war. But if ISIS are responsible, how will killing Muslims in Sri Lanka change matters?

Beyonce: Time moves too fast, though with the release of the Netflix movie, the live album, Lemonade onto streaming services, the excellent “Sorry” demo and the Frankie Beverly and Maze cover, she has had a better 2019 than 2018 by the simple method of looking backwards.

Master Of Ceremonies: It is compelling how 2000s rap superstars are on a long list of artists on 2019. The June 28th Master Of Ceremonies concert at Barclay Center includes: Snoop, Fitty, DMX, Cam’ron, Ludacris, Fabolous… and more…

Fiction: After completing “More Songs About Chocolate And Girls,” I am steadying myself for the final  third of “Memory Motel” (or is that “The Aftermath”? “Dead Hearses”?). I want to take a breather from fiction, maybe start up again in a month or so. My brain is fizzing but I don’t want to think about it… The thing about novels with some two dozen main characters flitting through time and dimensions is you forget where everybody else (let alone what everybody is named).

Rap Stars In Jail: And not just in jail but in jail for a long, long time. The great 03 Greedo is doing 20 years, YNW Melly, in for a double murder. 6ine in for gross stupidity…

The Dems: How they are having the slightest trouble in putting together a decent and probably alternative to Trump is beyond me.

Taxes: Why is everybody telling me I got more money on my taxes when I got far less…?

Latin Trap: Has it peaked? Surely not… Bad Bunny at MSG on Saturday…

Early June 2019: The Stones and Ozzy postponed  their gigs for the same week   -what a drag it is growing old…

The Media: Seem to misunderstand that the further benefit of the doubt you give the government, the more you veer from the truth.

Death: To quote Costello, “I wouldn’t cry for lost souls you might drown”. When it comes to other people’s deaths, keep in your lane.

The Avengers: I hear there are some big time deaths at the end of the three hour movie. Excuse me if I’m not impressed because a) they are all actors and b) how many times can they resurrect the same dead characters? Endlessly, if there is enough money in it.

Hope Hicks: without her , the Trump Administration is the ugliest ever…