The Worst Music-Related Moments Of 2020 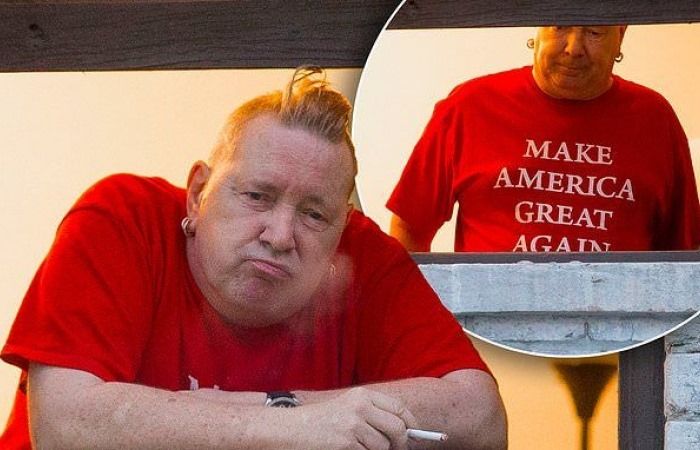 John LydonWorst music-related moments of 2020: Johnny Lydon could have been the avatar of 2020

2020 has been a terrible year at every level, but it was a disaster for music: there were almost no concerts, no gatherings, no theater, no going out of any sort, and the music almost died. On the other hand, there was plenty of home sitting with live streaming and zoom conferences, the opposite of fun. But 2020 sucked even more than you think back at all these moments; everywhere you look, there were deceptions in the music world, probably exacerbated by the lockdown.

5. The summer was defined by the Black Lives Matter protests and it was pathetic to see some bands changing their names because they had suddenly realized they had picked a too-Southern-for comfort moniker. So, the Dixie Chicks became the Chicks, and Lady Antebellum became Lady A. The problem is that this moniker had already been taken by a Black singer, Anita White, who had been recording music for decades under Lady A. This ended in a lawsuit that doesn’t seem to end. Imagine changing your name because you realize it’s offensive toward a certain group of people, but robbing this same group of people of their identity. The absurdity of this politically correct culture.

4. There were plenty of disappointments in 2020, probably too many to list, but one of the biggest disappointments was to read all these musicians endorsing the worst conspiracy theories, from this awful propaganda-like fake documentary ‘Plandemic’ to other insanities such as a link between COVID -19 and radiation from 5G installation: Wiz Khalifa tweeted ‘Corona? 5G? Or both?’ and M.I.A. tweeted plenty of times about 5G and a possible correlation with the pandemic. Rapper Cardi B had a rant on Instagram Live and suggested that, since many celebrities who had tested positive had shown no symptoms, they were probably being paid to say they had the infectious disease. Even Madonna suggested on Instagram in July that a vaccine already existed but was being concealed. ‘They would rather let fear control the people and let the rich get richer and the poor get poorer,’ she said. And these are only the most famous musicians.

3. Not only plenty of artists sunk into conspiracies but many of them also rejected science (which works hand in hand with the point above), opposing simple measures such as mask-wearing. Stone Roses’ Ian Brown revealed himself to be anti-lockdown, anti-vaccination, in a series of controversial tweets that got noticed a few months ago: ‘GET BEHIND YOUR DOORS FOR THE NEW WORLD ORDER,’ ‘NO LOCKDOWN NO TESTS NO TRACKS NO MASKS NO VAX #researchanddestroy.’ He even promoted the Bill Gates/vaccines/microchips nonsense with another one: ‘To all of you asking about my medical qualifications I have the same as the computer seller bill gates (biggest funder of the world health organization),’ He certainly continues with misinformation about vaccination, listening to nutcase David Icke. M.I.A. also revealed herself to be in the anti-vaccination camp with a quite ridiculous tweet at the beginning of the pandemic: ‘If I have to choose the vaccine or chip I’m gonna choose death – YALA’. But the last nutcases in date are Van Morrison and Eric Clapton who are still protesting the lockdown when cases have never been so high, with a possible new, more contagious strain in the UK. They have released a blues-rock song raging against public health codes and comparing mask-wearing with slavery. Not a good look for them.

2. The rappers who supported Trump: If there was one big disappointment in 2020, it was this series of endorsements that Trump received from plenty of rappers. I mean, we knew about Kanye West and his MAGA hat in the White House, but there were so many others: Lil Pump endorsed Trump in an Instagram Post showing him shaking hands with the president (a bad photoshopped work) that received millions of likes. Despite claiming he was not endorsing Trump, Ice Cube met with Jared Kushner to promote his ‘Contract with Black America’ just 2 months before the elections. How didn’t he think he was used? Kodak Black announced on Twitter he supported Trump’s ‘Platinum Plan‘ for Black America and wanted to help him with prison reform once he is released from jail. Waka Flocka Flame declared on Twitter he believed Trump was a better president than his predecessor President Barak Obama. From his prison back in September, Tekashi 6ix9ine said he would vote for President Donald Trump. Lil Wayne publicly endorsed Trump, sharing a photo of them smiling together with thumbs up. To this, I should make a special mention for an old white bloke: we already knew about the Kid Rock, Ted Nugent, a bunch of country singers, and even former Kiss guitarist Ace Frehley – who called Trump ‘the strongest leader that we’ve got’ during The Cassius Morris Show – but punk rockers? Aren’t they supposed to be on the right side? Johnny Rotten/Lydon has been on a descending slope for some time, but a photo of the aging singer wearing a pro-Donald Trump ‘Make America Great Again’ T-shirt went viral on Twitter in September. This photo of Johnny Lydon could have been the avatar of 2020: ugly and tired. Plus, it was sad to see a former Sex Pistols on Fox News.

1. Of course, this year sucked because so many people died, so many succumbed to the virus, and this is not over. We have lost too many musicians from COVID-19 to give a full list here, and I am not even talking about John Prine, Ellis Marsalis, Manu Dibango, Charley Pride, or Allan Merrill who were in their 70s or 80s, I am talking about young people who died way too soon: The Temptations’ Bruce Williamson (49), Broadway star Nick Cordero (41), boy band Dream Street Chris Trousdale (34), UK rapper Ty Chijioke (48), rapper Fred the Godson (35), Fountains of Wayne’s Adam Schlesinger (52)… 2020 sucked, there’s no doubt about it.