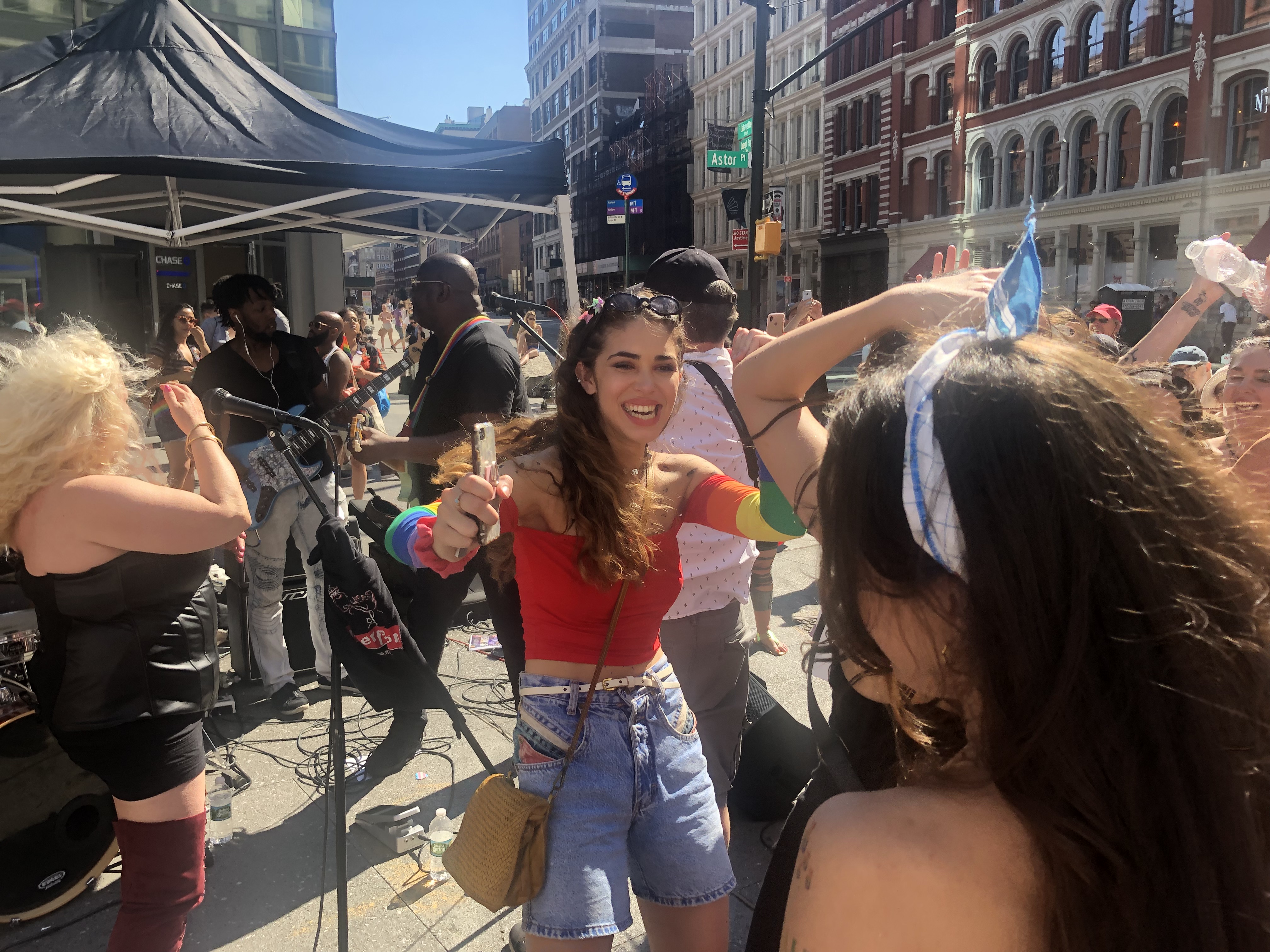 At the climax of the True Groove Allstars dynamite forty minute set, Sunday afternoon at Astor Place, they were surrounded by Gay Americans of every stripe in celebration of the conclusion to Gay Pride Month,  while Tomas Doncker reappropriated James Brown’s legendary shout out. It was as thrilling a moment as you could ever hope to meet, with traffic come to a complete full stop and the sheer grooviness of it all becoming an all inclusive scream of liberation.

The True Groove Allstars were representing Get Out Magazine, the print and digital gay themed answer to Time Out, now celebrating their tenth year of existence, and represent they did. Performing nothing but bangers, except for Touchy Feely’s  cover of Psychedelic Furs “Love My Way,” the afternoon even began with New York’s Queen of blues Regina Bonelli’s show stopping (yes, they didn’t get through one song without stopping the show), “Don’t Put Your Hands On Me,” followed by Dylan Mars Greenberg’s energetic re-imagining of Sam Huber’s “Top Of The World” that found her rolling on the ground in abandonment. She was followed by Marla Mase squirming on the ground to “Squirm” -her song off Speak added to the tail of “Everybody Dies”.

As Tomas played the opening lick to Howling Wolf’s a woman turned to her friend and said “This is the sort of music that I love” and the audience surrounding the stage went absolutely crazy, when I read the setlist I’d thought Tomas should’ve pulled something off The Mess We Made and not his Howling Wolf tribute album but I stand corrected, forget the Allstars, the audience were the allstars as they  went completely out of their minds and by the “Proud” chant at the end the distance between the dangerous 1970 Pride March and the remembrance of the Stonewall Riot from 1969 couldn’t have been further from the present day reality. It is never over till it’s over, but it’s over. The brave men and women of 1969 and 1970 beat back hate through pride. And The Allstars added their voices to the resounding victory.