The Trailer Of Searching For Elliott Smith Is Here: What Can We Learn? 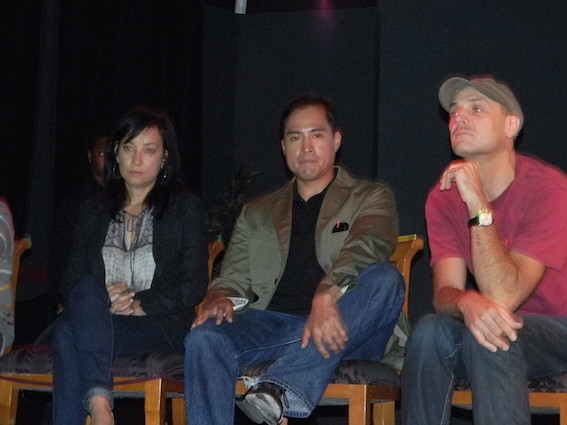 Ten years after the making of his documentary and failing to find distribution, Gil Reyes has announced he will be releasing ‘Searching for Elliott Smith’ online. This post is certainly not to promote the movie, I dislike it and Gil Reyes has always expressed plenty of animosity toward Rock NYC and our attempt to get to the truth. As a matter of fact, ‘Searching for Elliott Smith’ heavily promotes the suicide story as told by Elliott’s girlfriend, Jennifer Chiba, who is presented in the movie as his ‘fiancee’.

Reyes has accused us of everything in interviews, while he has always ignored to address a few facts: the case is still open, and the autopsy report is not conclusive. On the other hand, he has trusted Jennifer Chiba’s narration without even questioning her possible actions.

I saw the documentary when it was shown at small film festivals, and I have always wanted to see it again, because it is the only screen time that Jennifer Chiba had anywhere… Reyes knew he had a scoop, that’s why he was very reticent to release the movie online and wanted a full theater release, but since it never happened, this online distribution is his last solution.

He has finally decided to make it available online – at the end of this month – and we can already watch the trailer for Searching for Elliott Smith on Vimeo (see below). Since Reyes knows this is the only reason most people want to see the movie, he has included an excerpt of his interview with Jennifer Chiba, and she appears at the end of the trailer, around minute 1 for about 10 seconds… she says:

‘People obviously are going to believe what they want to believe,… you know… but I didn’t, I didn’t kill him, he killed himself, he talked about it constantly.’

I really intend to show the whole thing to a behavioral psychologist, especially when the entire segment of the interview is released, but a few things strike me right away:

Jennifer Chiba abruptly moves her head and looks at the floor when she denies killing Elliott, and if I am not a specialist, there are plenty of pages about lying and body language that will tell you this is suspicious… ‘The head will be retracted or jerked back, bowed down, or cocked or tilted to the side,’ writes behavioral analyst and ‘The Body Language of Liars’ author Dr. Lillian Glass. ‘This will often happen right before the person is expected to respond to a question’

The fact that she repeats ‘I didn’t, I didn’t kill him’ is also noticeable, and according to the same specialist: ‘This happens because they’re trying to convince you, and themselves, of something. They’re trying to validate the lie in their mind. For example, he or she may say: ‘I didn’t …I didn’t …’ over and over again,’ Glass says.

Last and not least, Chiba immediately adds to her statement ‘he talked about it constantly’… I didn’t know what to do with that, except that this was the tired argument repeated over and over by many people. However, after reading a few articles about behavior analysis on liars, it could be the perfect example of the phenomenon behaviorists call ‘convince vs. convey’. ‘The aim of the deceptive person is to convince us of something rather than to convey factual information’. Since she immediately adds a sentence directed at us, she provides a convincing statement (he was talking about killing himself constantly) rather than providing information. Liars try to convince others that what they are saying is true, and this is exactly what she is doing here. It’s even borderline defensive.

What could she have said instead? Plenty of things, but in particular, she could have expressed some guilt when remembering about this tragic day: Gil Reyes himself summed up what Chiba says in his documentary: ‘She discusses about how they got into an argument, she locked herself in the bathroom, Elliott told her to come out, she refused, and then that’s when Elliott took his own life.’ I should also add to this that she removed the knife from Elliott’s chest. However, nothing remotely close to regret or guilt has ever come from her mouth, and that’s just plain bizarre.

These are what I have noticed, but I am not an expert and I intend to make available any analysis done by a behavior specialist as soon as I get the chance. Watch the trailer of Searching for Elliott Smith below: