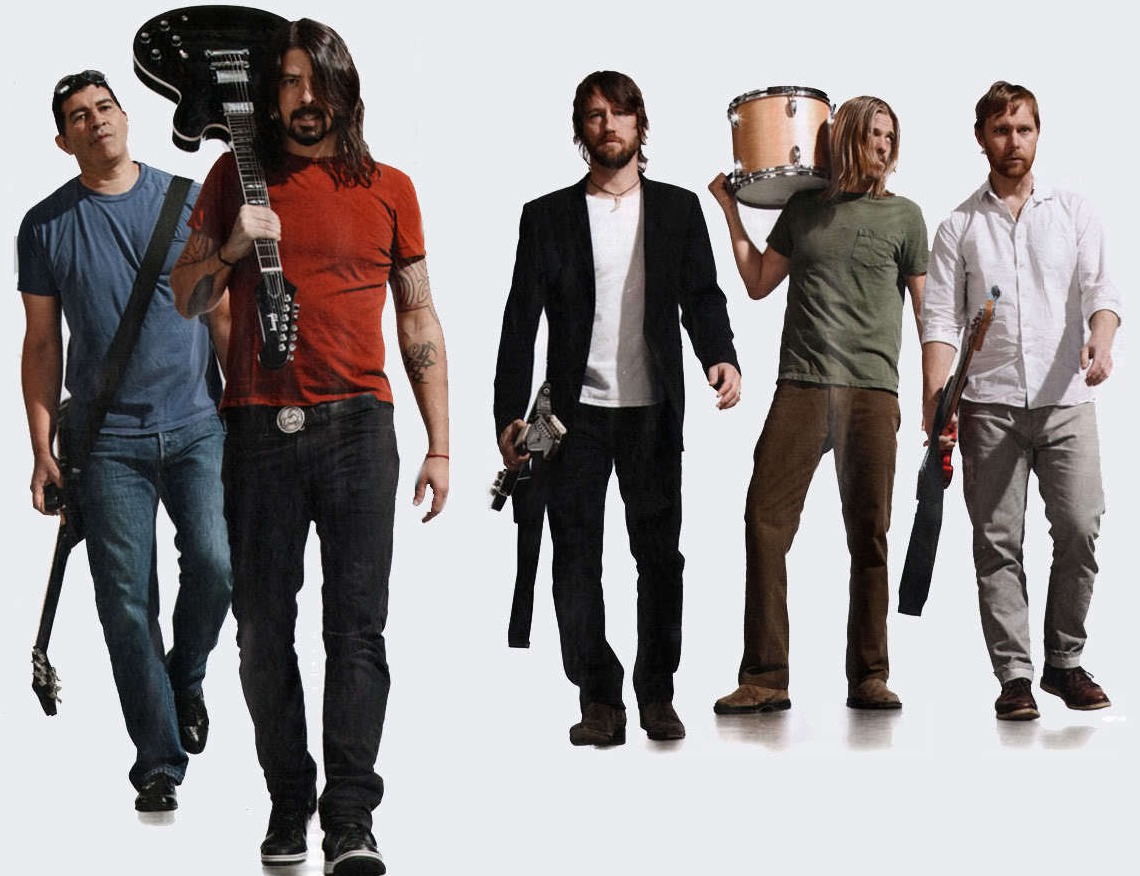 1 – Foo Fighters – I know it is hard to hate Dave Grohl but the rewards…  I know he has that toothy smile, I’ve read all those stories about what a great guy he is. Plus he has three adorable kids (last time I counted), and sells out arenas and brings out the faithful. And he is a real rock guy, played drums for the greatest band of the 1990s -that must amount to something, right? BUT, the last time I saw him I paid a larcenous amount to watch the egotistical half wit sing from a chair because he had broken his foot and was too greedy to reschedule. An overwrought, awful live band, Foo Fighters are, if anything, worse on record. Grohl hasn’t released a decent song since 2009, maybe earlier, maybe a “Big Me”. And yet, for want of anything better in the world of rock, his band Foo Fighters stand at the pinnacle of rock and roll. The thing with Grohl is not that he is a bad rocker, to be clear, Nirvana were not Nirvana till Grohl took over on drums, except, of course, they had already released Bleach .Nirvana were Kurt right to the place where Kurt nearly didn’t allow Dave to drum on Unplugged. Can you imagine the reverse happening? Grohl is a bad writer of riffs, a worse writer of tunes, and not to great at creating songs, as front men go he should be the pizza delivery boy.  Here is an old review. As people go, he is the anti-Cobain, Dave has never met an ass he hasn’t tongue kissed.

2 – Kings Of Leon – With the chance to make some serious money, Kings Of Leon couldn’t put down the model girlfriends and Remy Martin long enough to do it. Still living off the fumes of 2010’s Come On Sundown, they were holy incapable of performing an adequate set at Madison Square Garden as the introspective Caleb Followill sincerely misses the skill to excite anywhere except for mid-20s college grad women on their first job. The Followills, like the Grohls, are from blue collar, working class families, but while Grohl took success to move out towards people, the Followills used it to retreat in front of your eyes. Whatever their skills, sociability isn’t one, which means they can’t connect the divide between themselves and us. While their 2016 album Walls was not good, certainly their previous two album were anthem rock as written, but they are so bad on stage their successes smell like failure and their fucked-upness lacks the cool of a Nirvana. A 2010 review here.

3 – Queens Of The Stone Age – It has been five years since …Like Clockwork, and Villains from 2017. If the former was a good enough effort, the latter wasn’t and on stage it is hard to decide where Josh Hommes problems arise from. Unlike his good buddy Dave Grohl (remember the godawful supergroup Them Crooked Vultures), Josh comes from an upper middle class family from Palm Desert, California. In 1996 he formed QOTSA from the remnants of Kyuss and like the other two names here forged a mainstream, anthem qualified, riffology that flounders about due to his precipitous inability to write a memorable song. Josh produced Iggy Pop’s comeback album but all he learnt from the Stooges was attitudinal, he is just a stroppy asshole without the skills necessary to be Iggy’s shoeshine boy. . There are worlds of difference between being obnoxious to your record label and an asshole to your fans but Josh crosses it with impunity, Josh, whose conservative tendencies explains his connection to Eagles of Death Metal, and his moneyed background explains his gnats and shit makeup, is the unacceptable face of post-pink mainstream rock. When not kicking defenseless photographers FOR NO REASON WHATSOEVER, when not fighting with audience, when not getting on stage drunk and belligerent, he struts about the USA like Elvis Presley as a stormtrooper with zero percent of the skills. Roger Arnold claimed Josh Hommes is the Dave Grohl of rock -exactly. A review here.