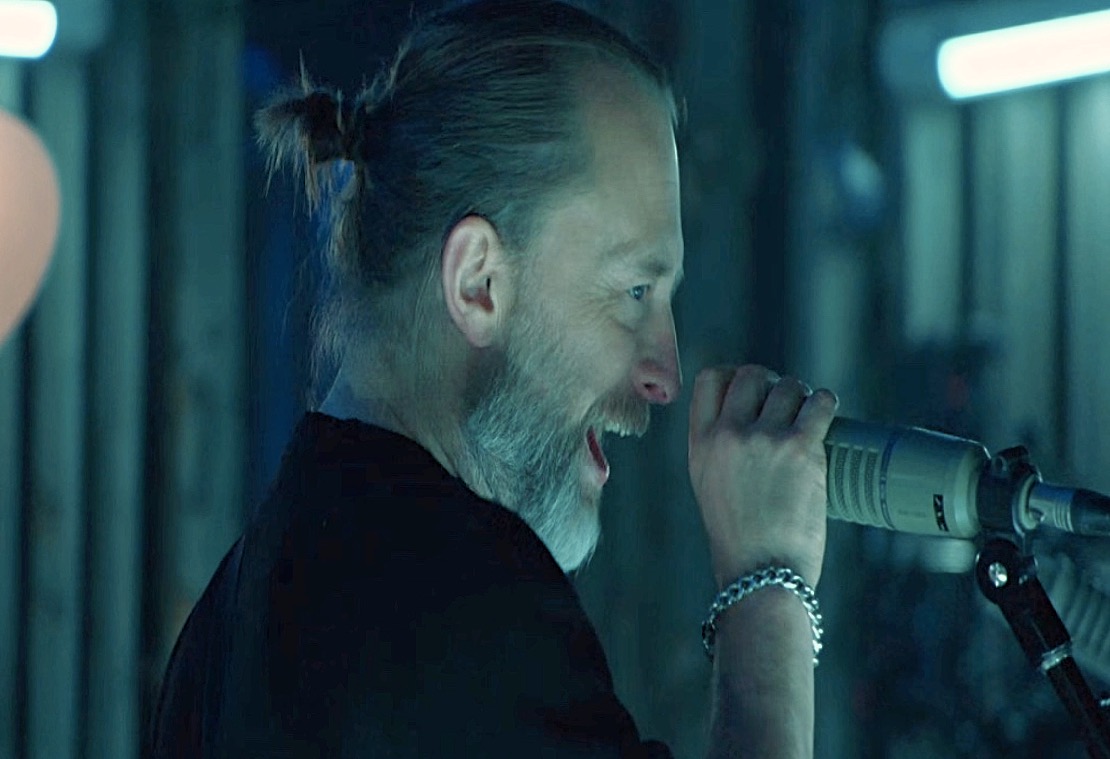 Out of the blue, Radiohead members, Thom Yorke and Jonny Greenwood teamed up with Sons of Kemet drummer Tom Skinner to form a new band, The Smile, and they revealed their existence just hours before their first performance ever. Yesterday, they debuted 8 songs in a live set streamed by Glastonbury Festival, as part of their 5-hour global Livestream. I missed the original stream but was able to find first a lo-fi recording, then better-quality snippets of some of the songs before finally stumbling on an excellent video of the full set. I knew that the army of Radiohead-obsessed fans would not let me down. The new band, whose name is derived from a Ted Hughes poem is also a collaboration with longtime Radiohead producer Nigel Godrich, as basically any Thom Yorke project. The brand-new trio gladly tweeted their setlist, with the subtitle ‘Live at Worthy Farm,’ just to enlighten us a bit.

From the eerie landscape of ‘Skating on the Surface,’ a very dreamy-Radiohead-ish song circling with beauty around Greenwood’s fluid guitar lines and Yorke’s familiar emotive croon, to the hypnotic ‘The Smoke,’ slightly borrowing from krautrock but driven by Thom’s falsetto repeating ‘Cause I set myself on fire/Don’t want a revolution,’ the start of their set was settling in slow and mellow melancholia, but it was easy to find yourself right away at home.

However, ‘You Will Never Work in Television Again’ (irresistible title) turned everything upside down with a fast punk rock/post-punk tempo and a renewed aggression, while the more experimental ‘Opposites’ had a blues-jazz vibe with an interesting Greenwood solo pushing distortion to the next level.

Dreamy keys (by Thom) were added during ‘Panavision,’ for a more soothing vibe, while Greenwood’s creative guitar lines during ‘Just Eyes and Mouth’ had the poignant power of the best Radiohead tunes blending with a jazzy feel. ‘We don’t Know What Tomorrow Brings’ added a loud and buzzing sound borrowing to post-punk (The Cure?) with a more aggressive than usual Thom Yorke and a very familiar paranoia. They finished with the more abrasive ‘Thin Thing’ with Jonny Greenwood’s guitar magical arpeggios. It was a short but energetic set, and, as a fan of Radiohead, I found the 32 minutes quite captivating; the noise-oriented Greenwood’s metallic guitars mixed with Tom Skinner’s funky drumming behind Yorke’s plaintive voice were finding rewarding melodies in the chaotic textures. There is no information anywhere about a possible release from The Smile, but wouldn’t it be a waste of 8 songs? I bet we will know soon, after all, the UK band has not released anything since their 2016 ‘Moon Shaped Pool’ album.

You can download the full set here, for a few days: The Smile live at Worthy Farm