The Skints At The Echoplex, Tuesday June 4th 2019 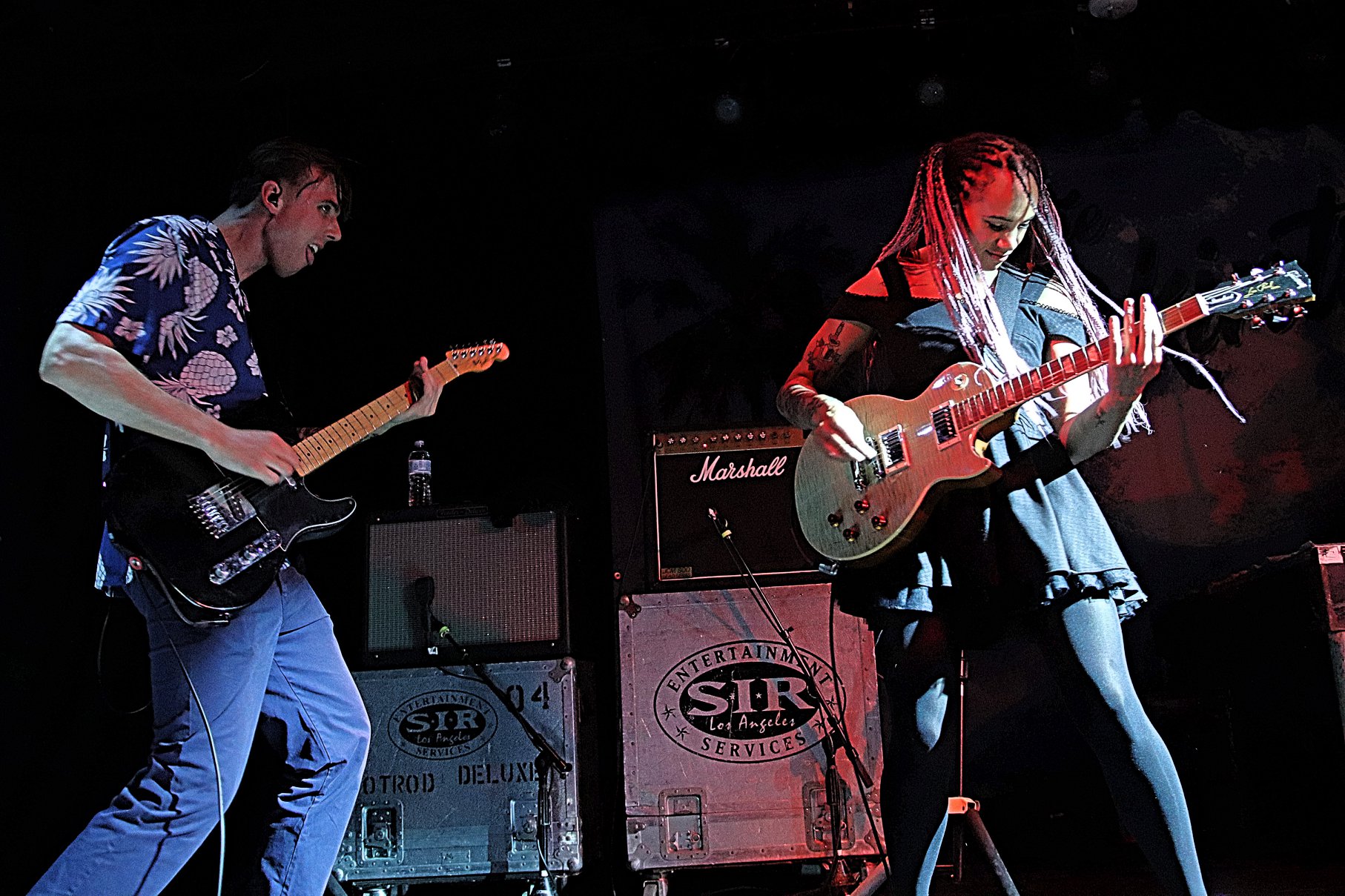 The Skints are young, good looking and dynamic, and if they are dusting off an interesting blend of ska, reggae and dub, they refused to be classified and defined by a genre, but who could blame them? The East-London quartet was playing at the Echoplex on Tuesday night, fresh from their short set at Punk Rock Bowling a few days ago, and the crowd couldn’t have been more enthusiastic. With a new album (‘Swimming Lessons’) to promote, they are actually a very hard-working bunch, with a heavy touring schedule, but looking at their ease on stage, it’s obvious they don’t need any lessons to navigate in this live music business.

Two great live bands were opening the night, and with both of them, it was as if I had not completely left Punk Rock Bowling. Blanco Y Negro, a very large ensemble (they were 8 on stage) had an uplifting ska, rocksteady sound, but the bright trumpets were at time echoing Hugh Masekela’s style. With jazz influences and beyond, this LA band seemed to have given a Latino twist to the popular Jamaican genre, and their dynamic and hybrid set triggered a happy dancefloor in the crowd.

The Steady 45’s continued with the same upbeat spirit, playing an energetic set filled with horns and ska music. Described as a 7-piece band of hooligans, they had a real passion for the music they were playing, as well as an animated stage presence, visibly happy to see the reaction from the crowd. The Steady 45’s are part of a ska revival very well alive in LA at the moment, and the sunshine of the music fueled the ongoing dancefloor.

At the first beats of one their new songs, ‘Restless’, a very catchy dub-reggae tune with echoes of Bad Brains’ coolest vibes, it was love at the first sight for the Skints. A man next to me never stopped screaming his admiration for the frontgirl, the pretty and talented Marcia Richards, shouting ‘I love you baby!’ at each song. There were actually three singers in the band, and besides Marcia, Jamie Kyriakides, hidden behind his drumset, sang the other half of the songs, while Joshua Waters Rudge on guitar often contributed to the vocals. The songs were often dialogues, with Marcia singing the soothing parts in a saccharine voice and a flow that could accelerate to an impressive speed – just listen what she does on the great Rat-at-at – and Joshua’s urban snarl flirting with a more aggressive rap delivery. Soon, they continued to delight the crowd with ‘Rub-a-dub (Done Know)’ of their 2012 ‘Part & Parcel’, an infectious tempo which was designed to please a Latino crowd and could have been written by local band Ozomatli. Following with ‘This Town’, ‘a song about where we are from’ said Joshua, it was easy to be carried by their familiar-sounding reggae vibe, while recognizing multi influences and multilayers of music history.

Their positive stage energy was one important part of the show, with, on one side, Rudge’s very entertaining dance with his guitar, mirrored by Jonathan Doyle’s own steps with his bass on the other side, while most of the eyes were turned to multi-tasking Marcia Richards, which seemed to be able to play every instrument that was ever created. As if she was not busy enough with the keys, drums, samples, and vocals, she often played another instrument in the middle of a song, switching between alto saxophone, flute or melodica, finally ending playing guitar. It was effortless and done with a natural that only belong to truly talented people. Blending with ease pop, reggae, ska and a myriad of electronic effects and sampling, they never lost their great sense of melodies, and some of the best examples were songs such as ‘New Kind of Friend’ and its strong pop hook, ‘Come to You’ and its real sweetness, or ‘The Forest for the Trees’ and its classical flute addition.

Born from the underground London punk scene, and described by Clash Magazine as ‘the torchbearers for modern British reggae music’, the Skints have built an impressive following and a formidable live reputation, playing festivals all around Europe and the US. Last night, their tropical punk hit the Echoplex with a deluge of feel-good vibes and even a dose of soul with a cover of Al Green’s ‘Let’s Stay Together’ and the addition of horns for the occasion. Continuing to push the boundaries of their reggae niche, and never short of invention, they even turned Black Flag’s ‘My War’ into a colorful reggae song.

Without losing an authentic connection with the roots of reggae music, the Skints take ska, dub, soul, hip hop and they deliver a unique sound that has definitively found a large audience, and last night’s packed Echoplex was the definitive evidence they have also learned to swim on this side of the Atlantic. 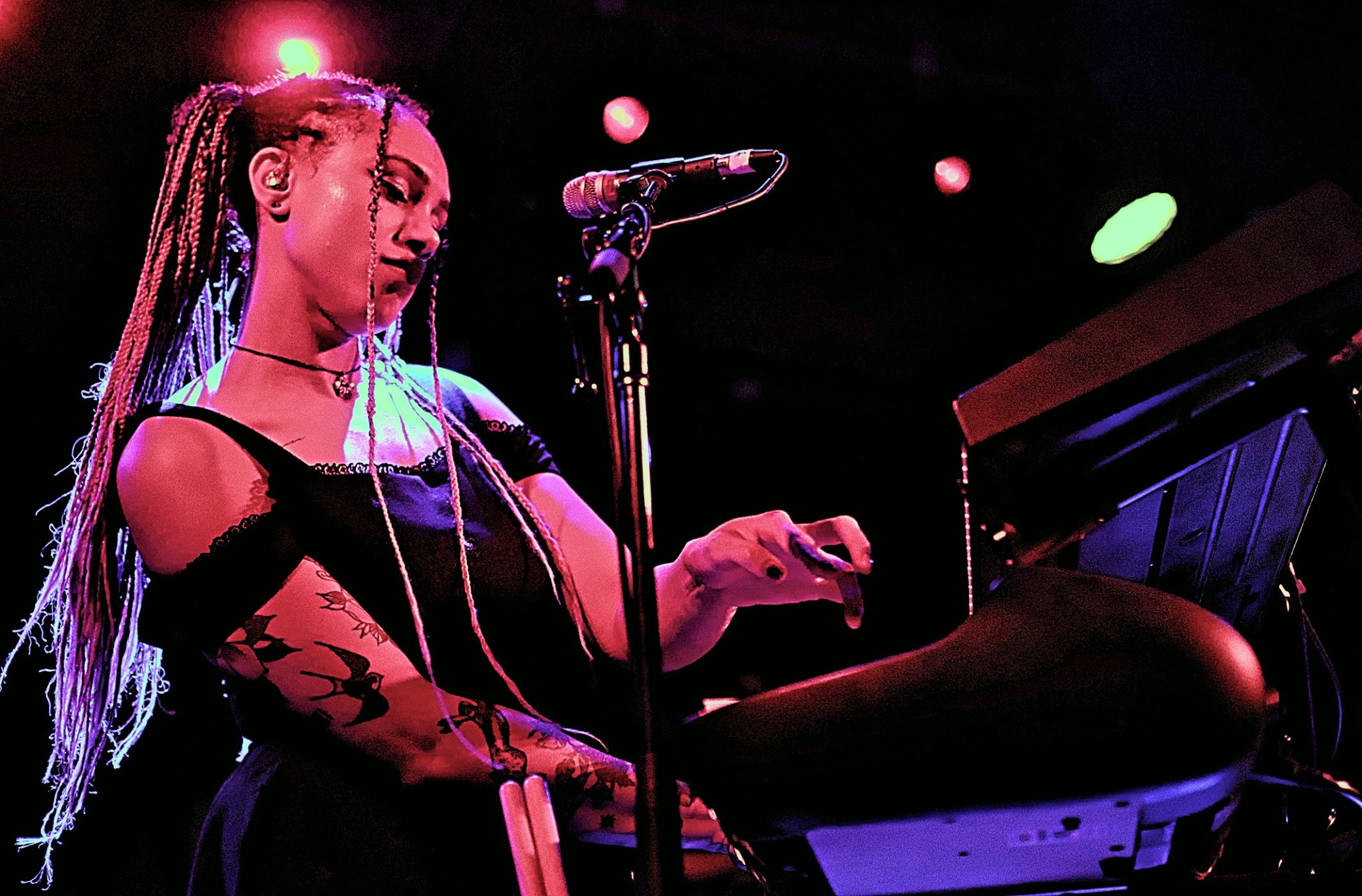 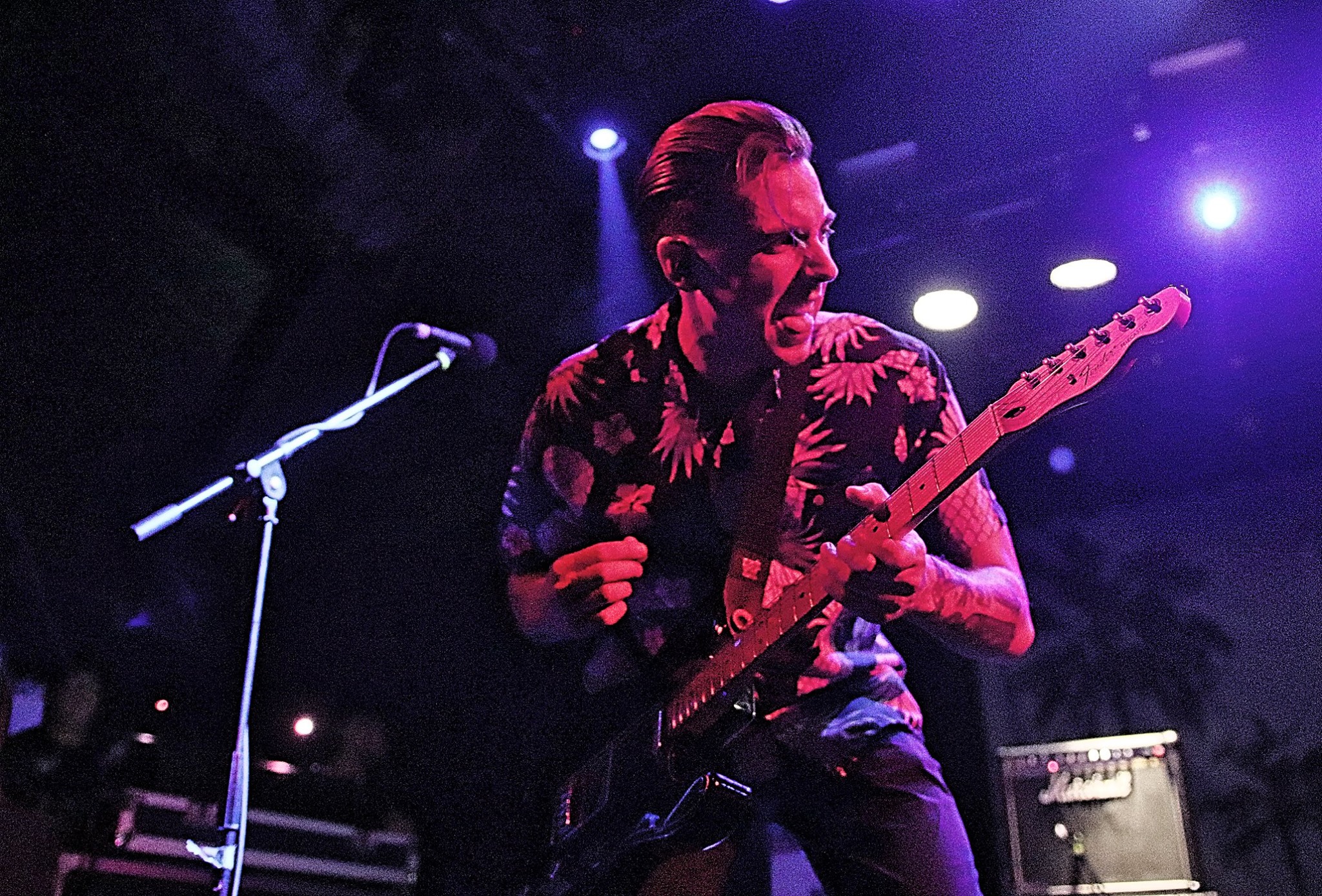 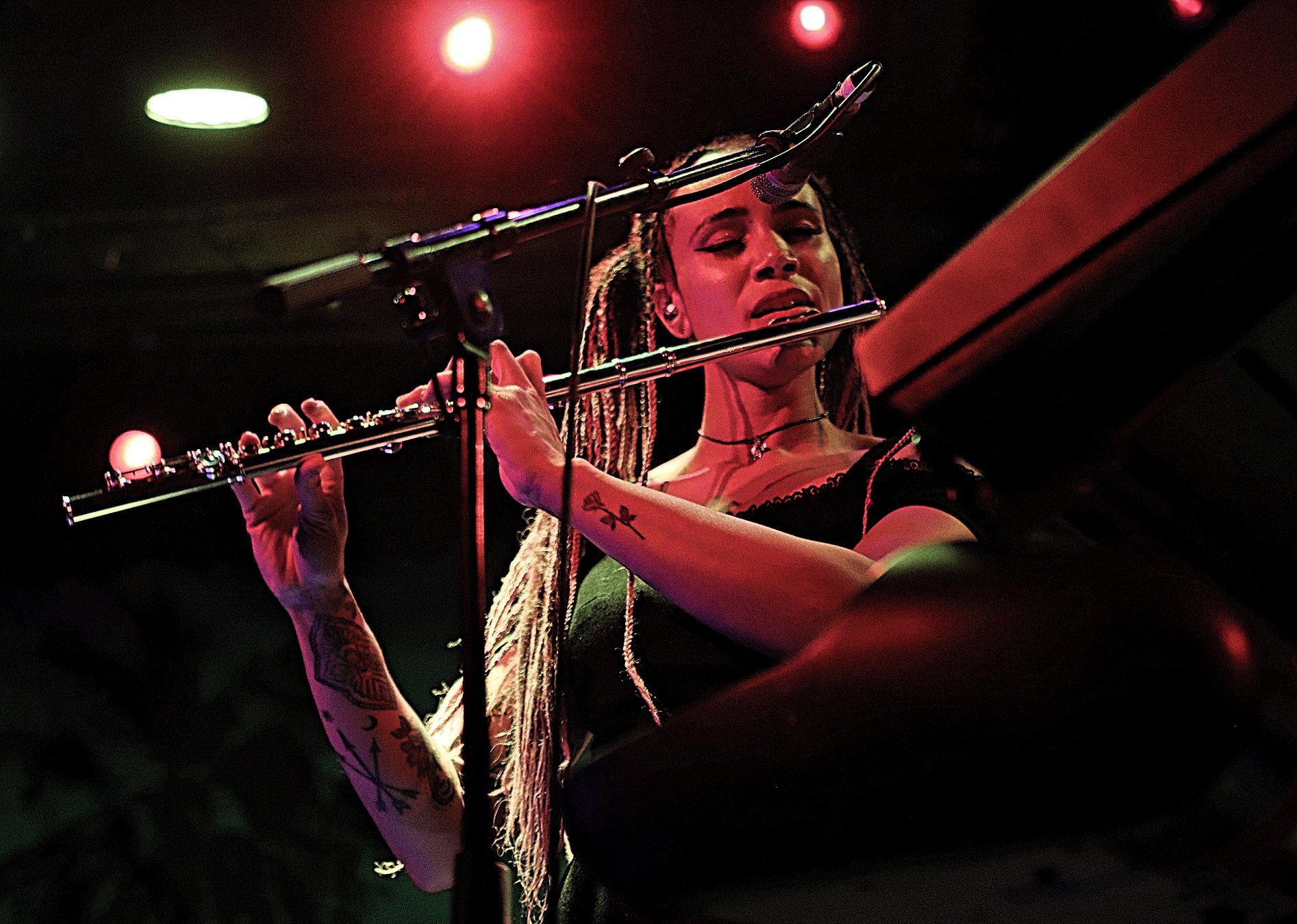 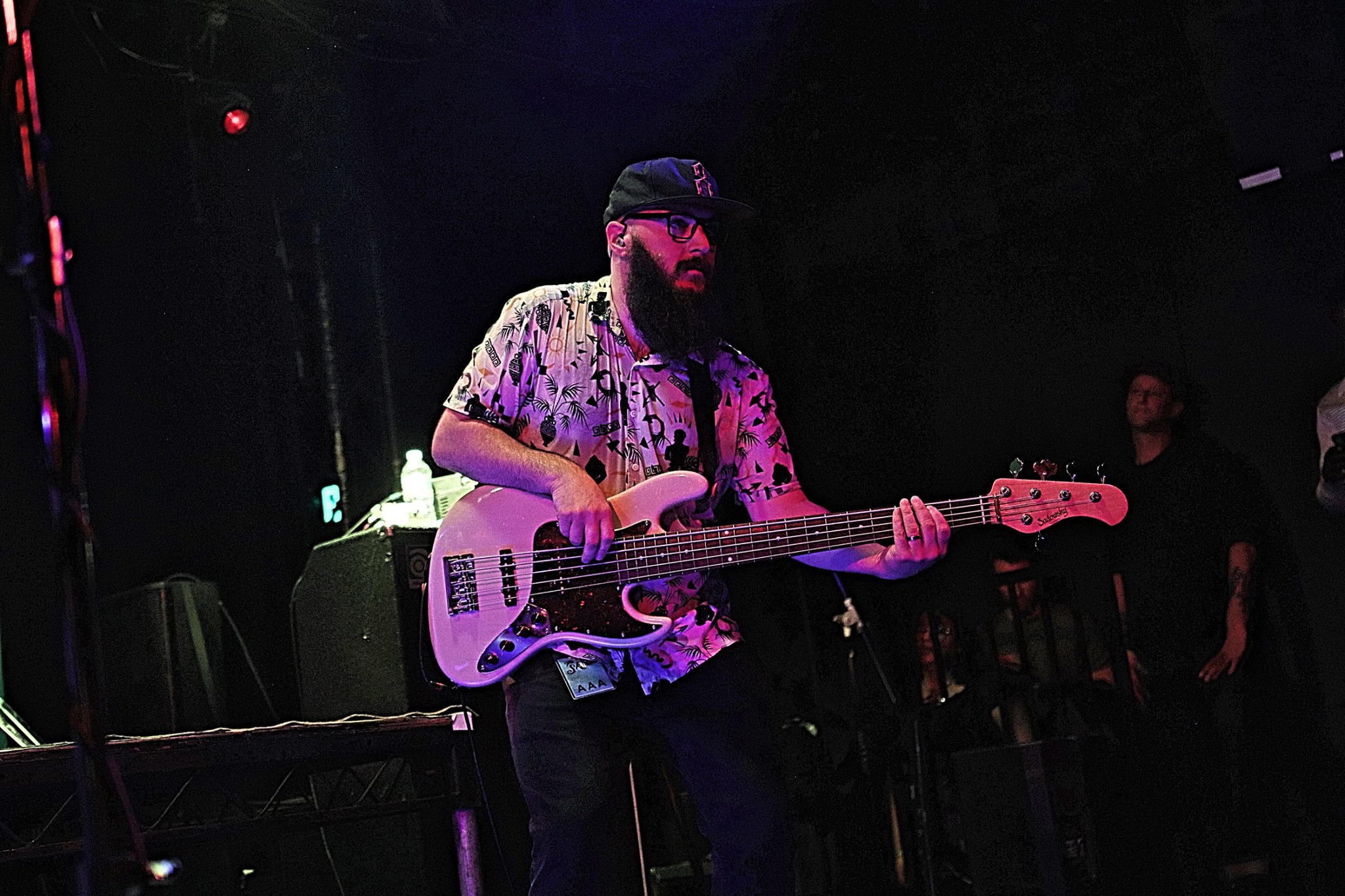 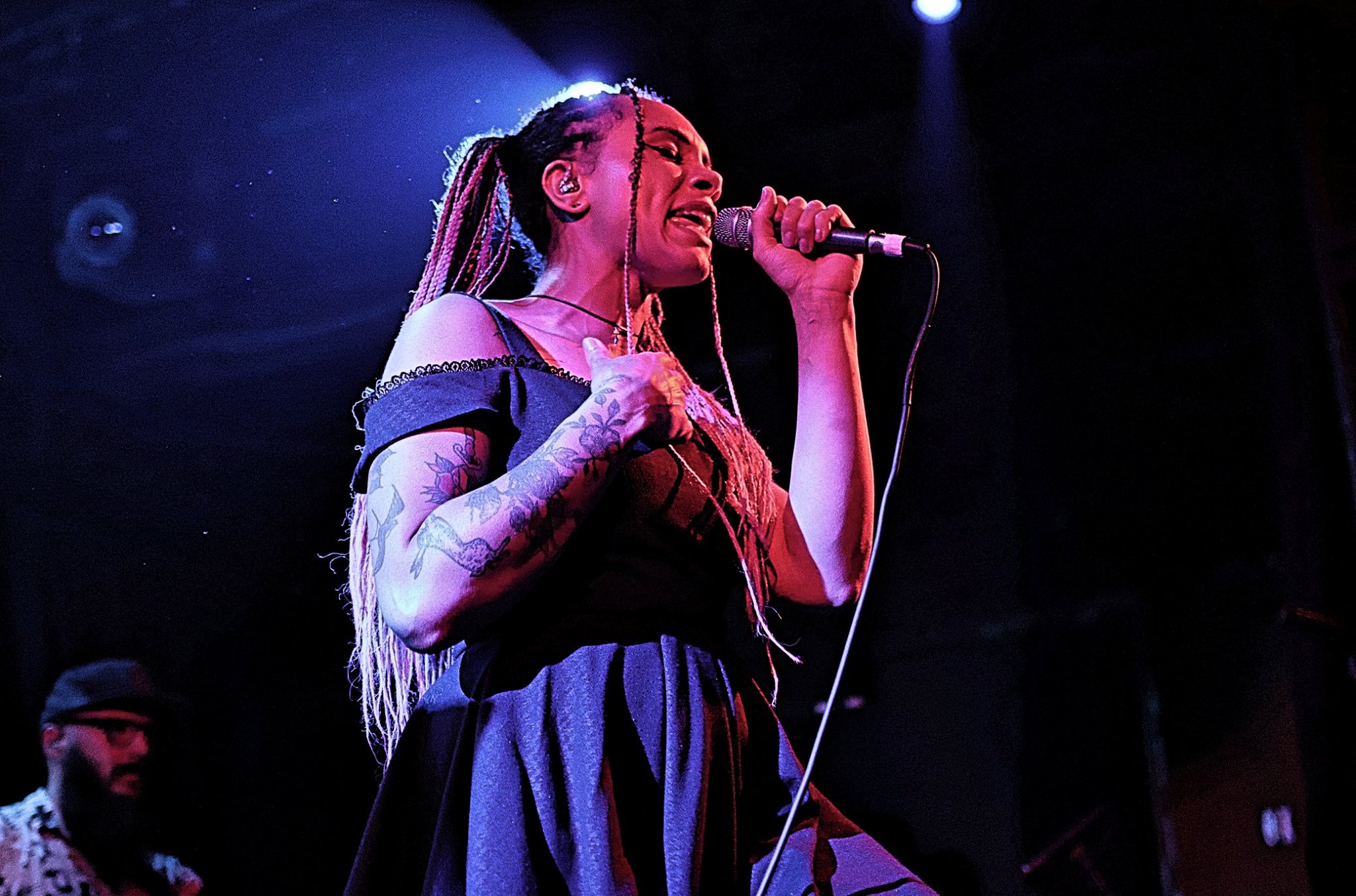 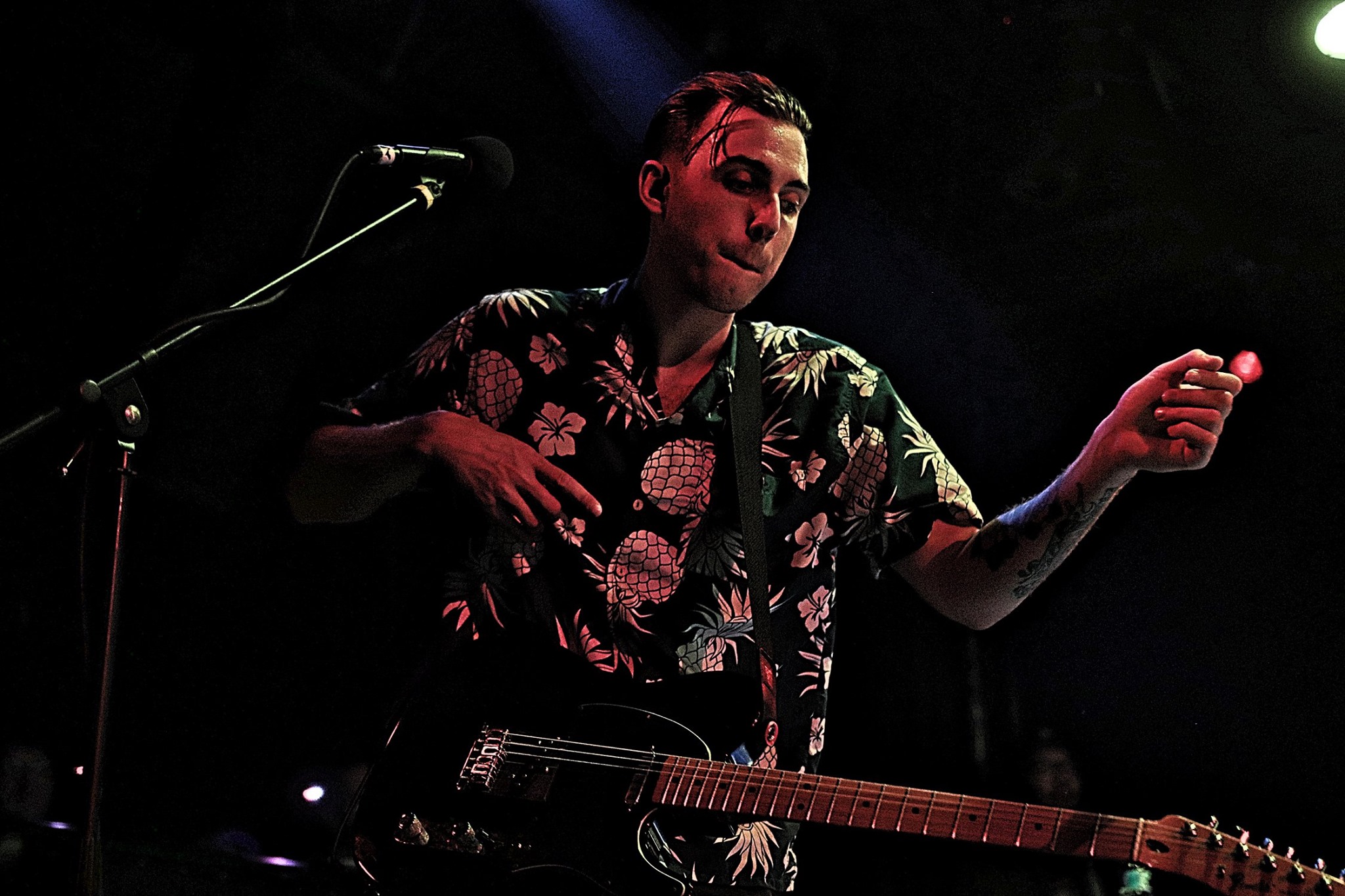 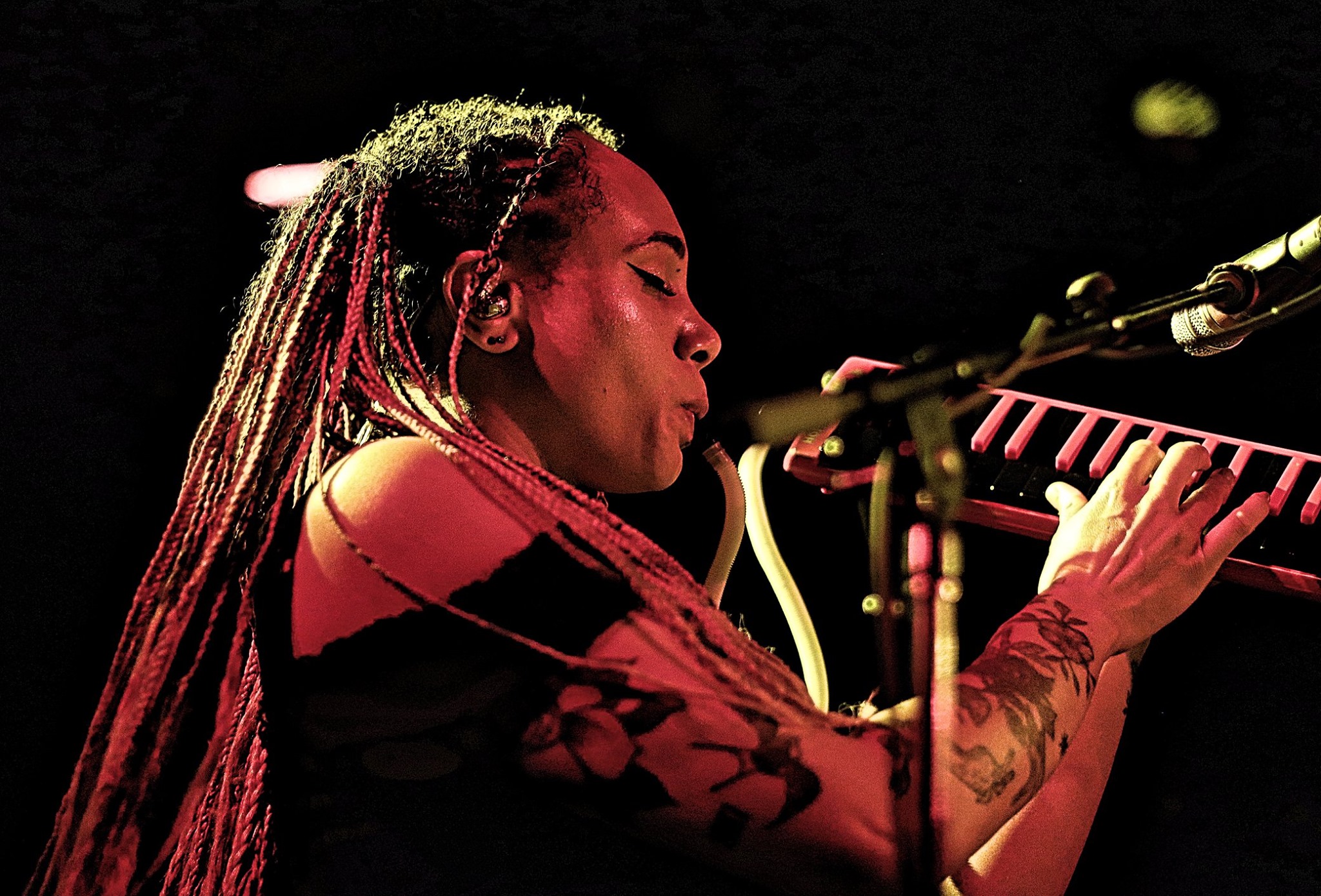 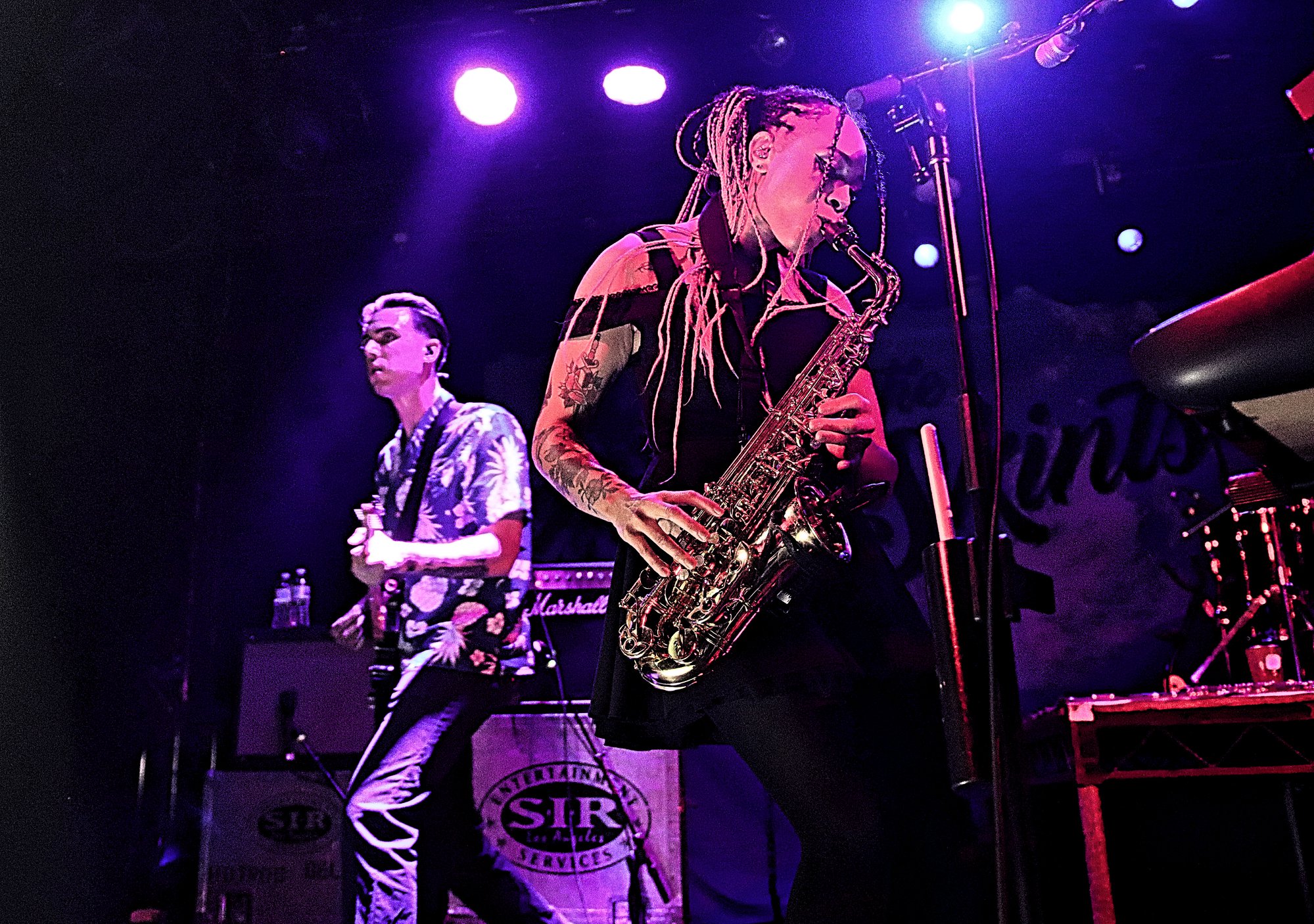 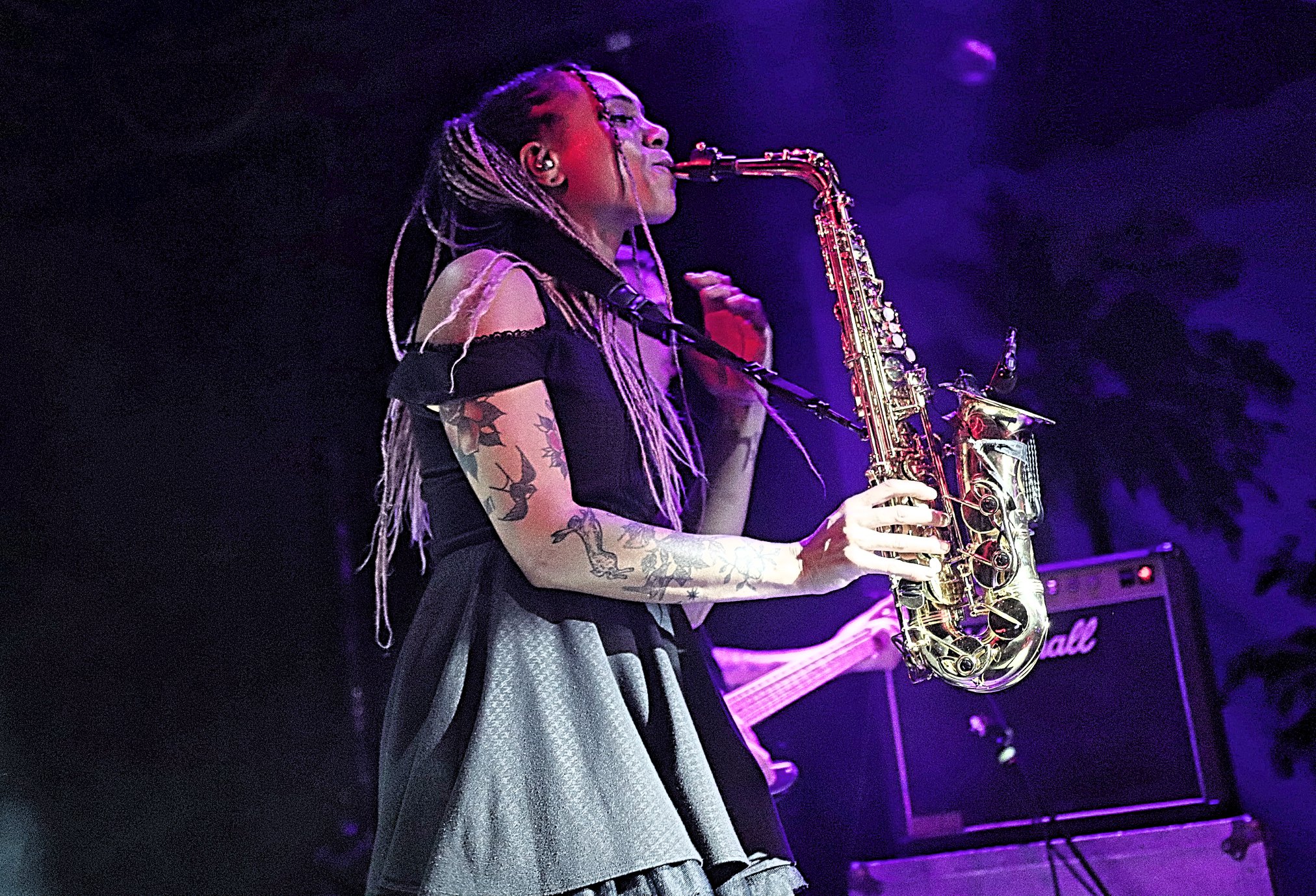 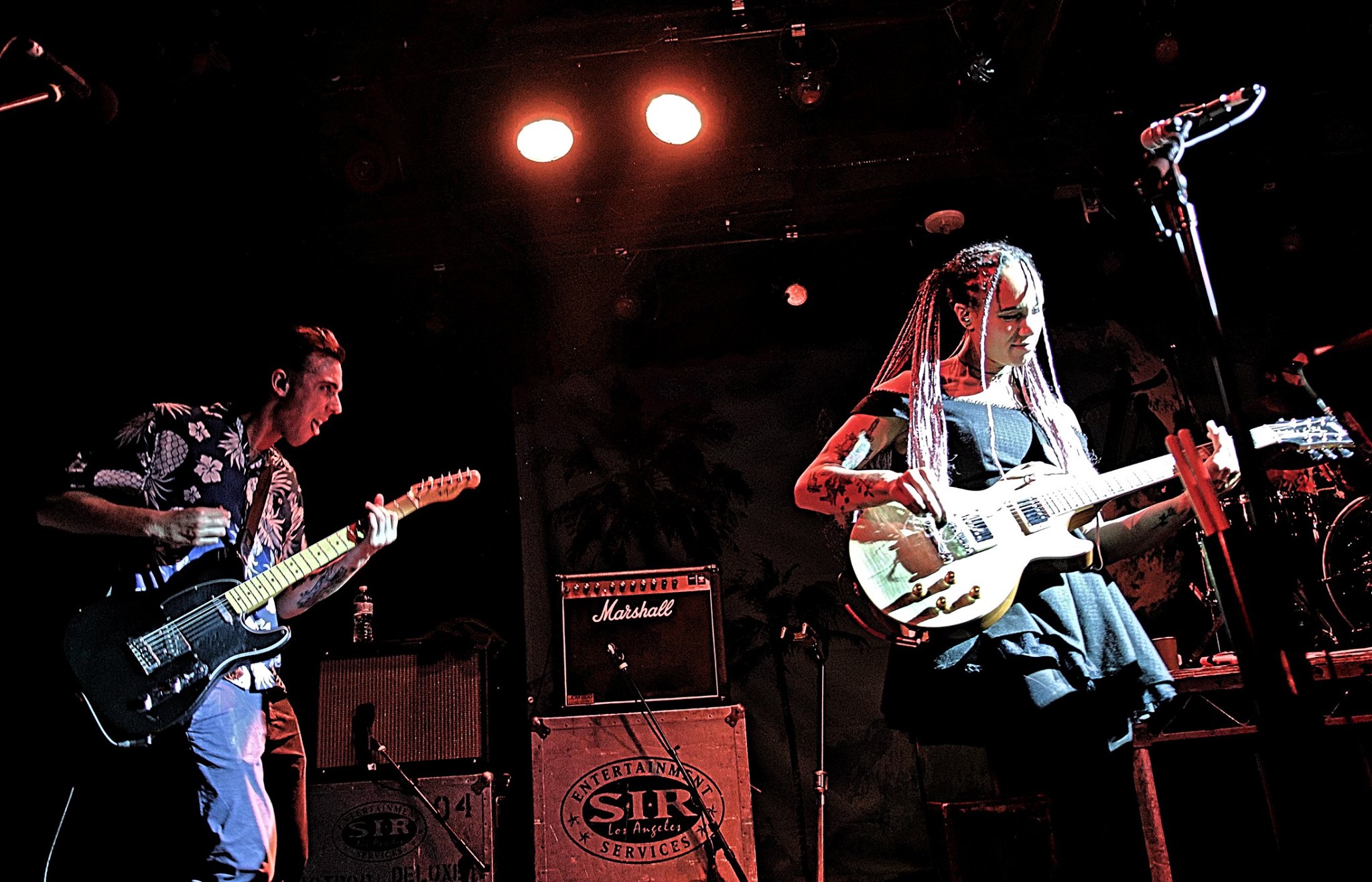 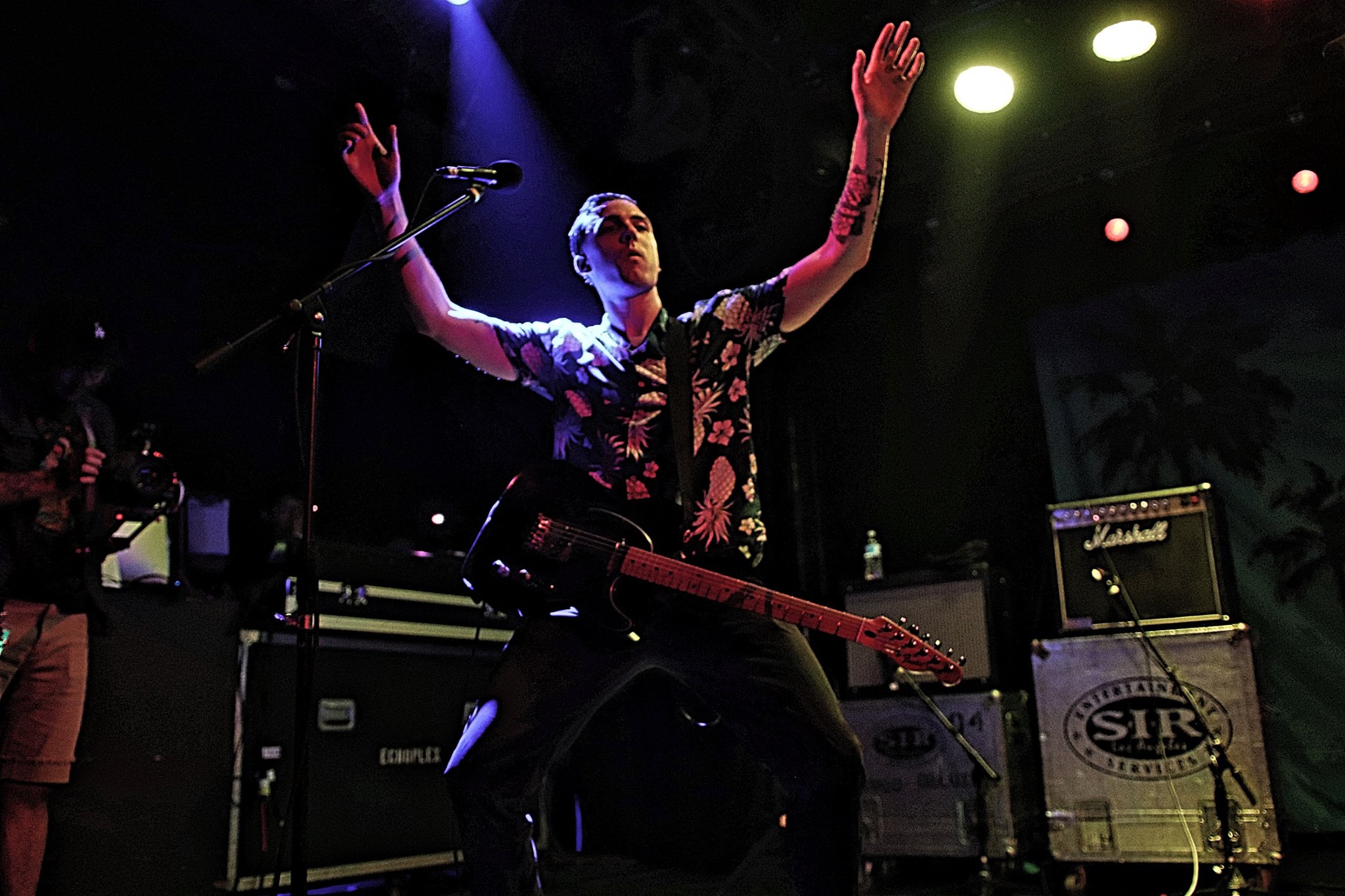 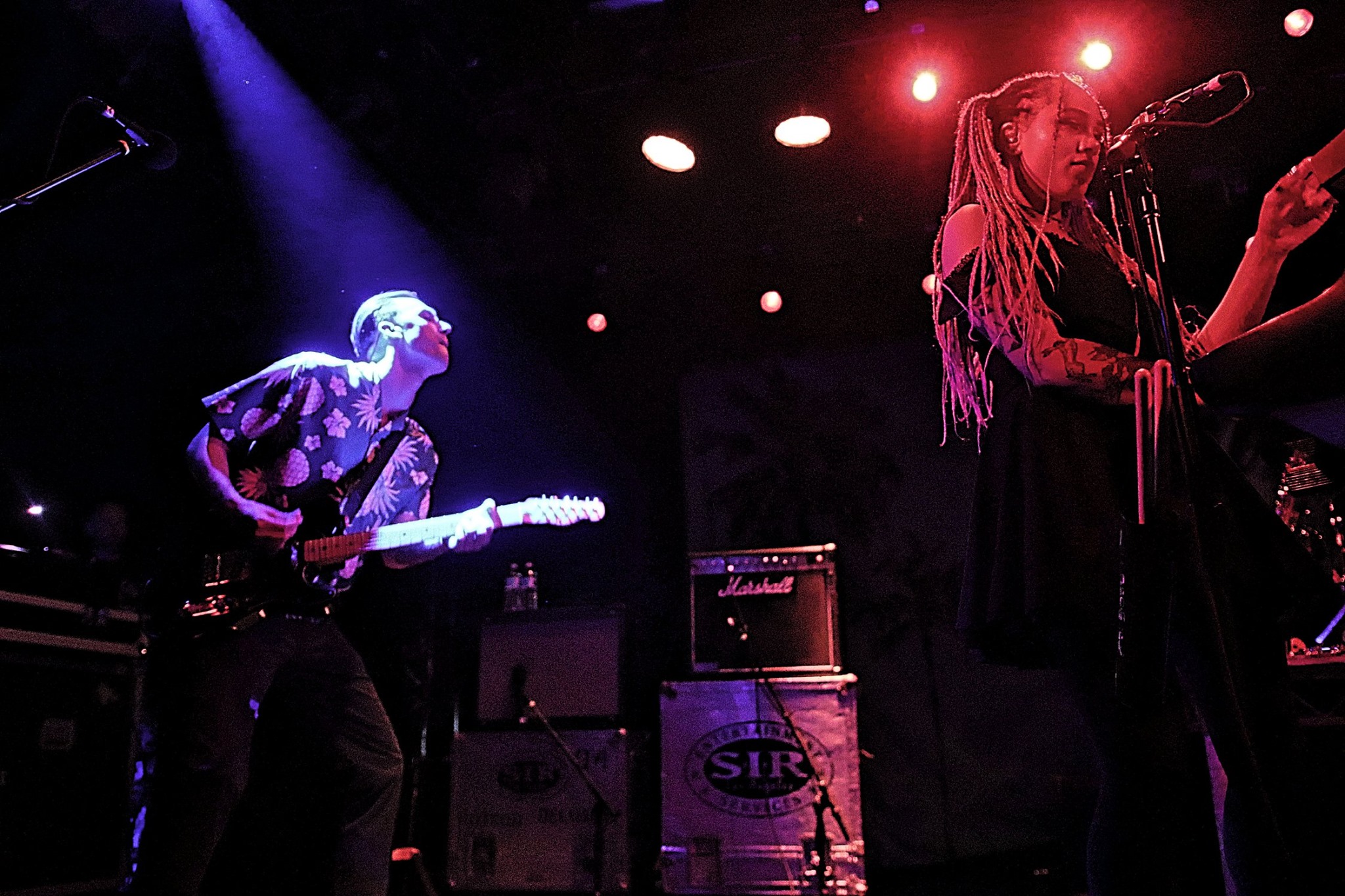 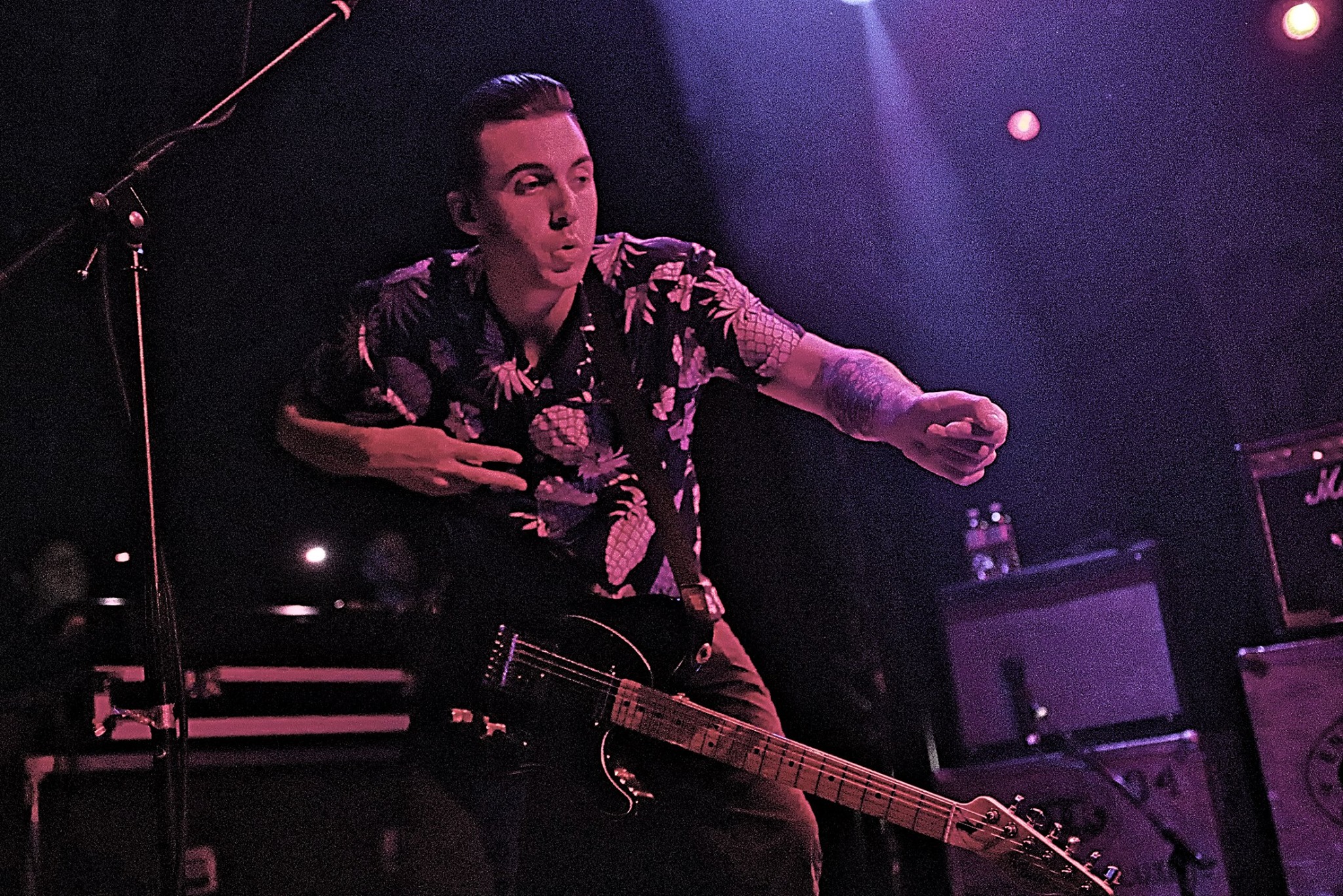 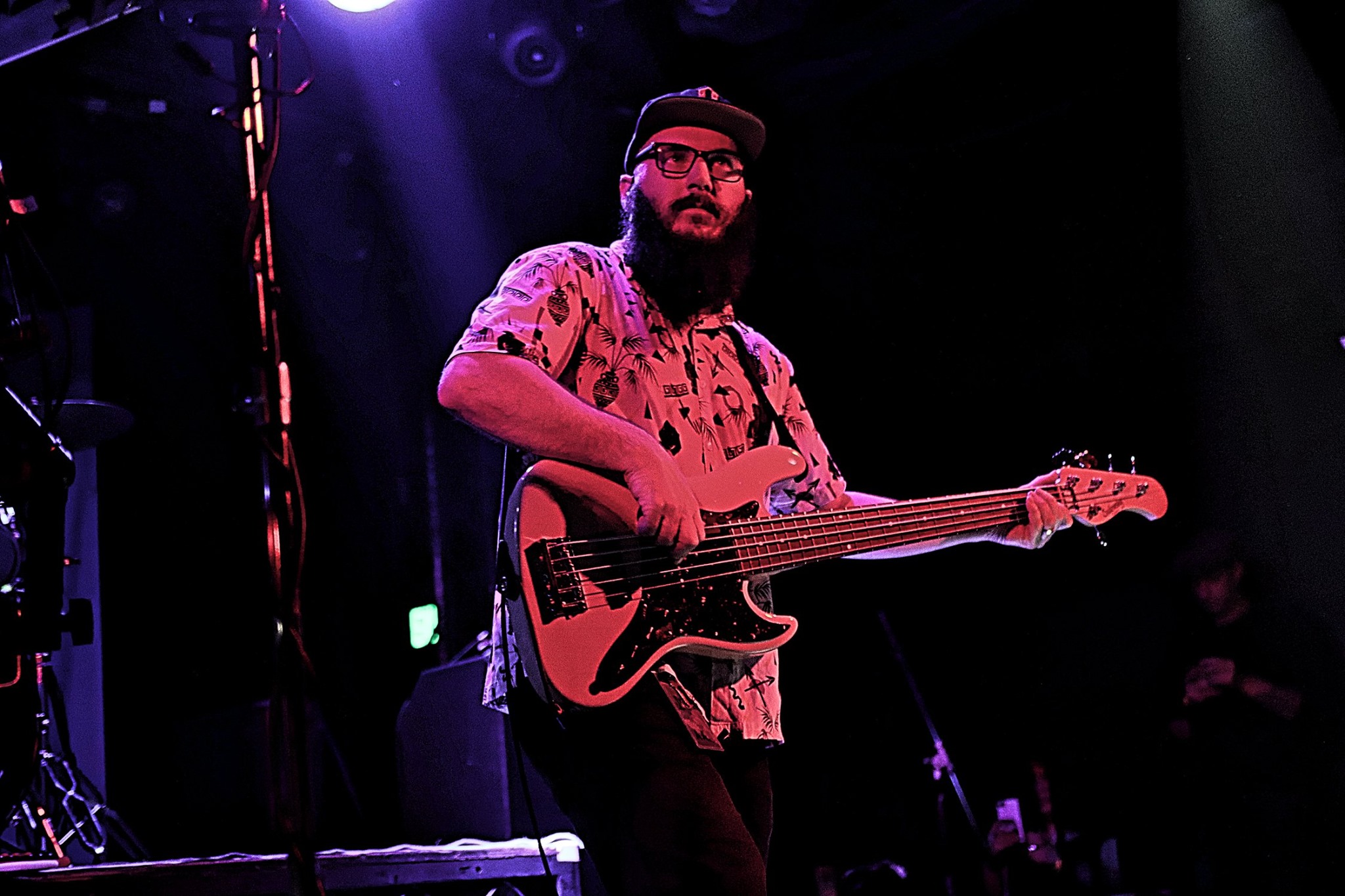 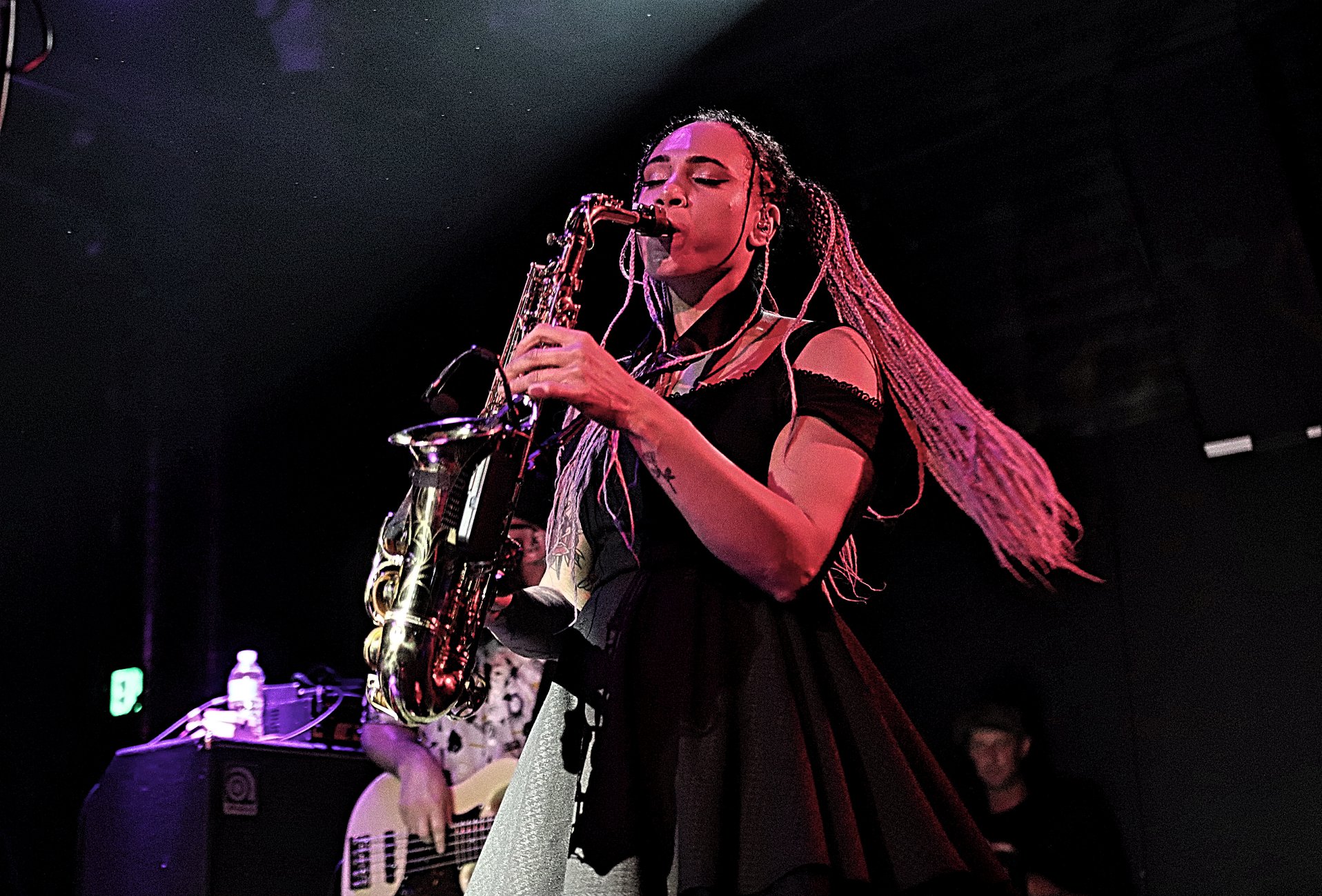 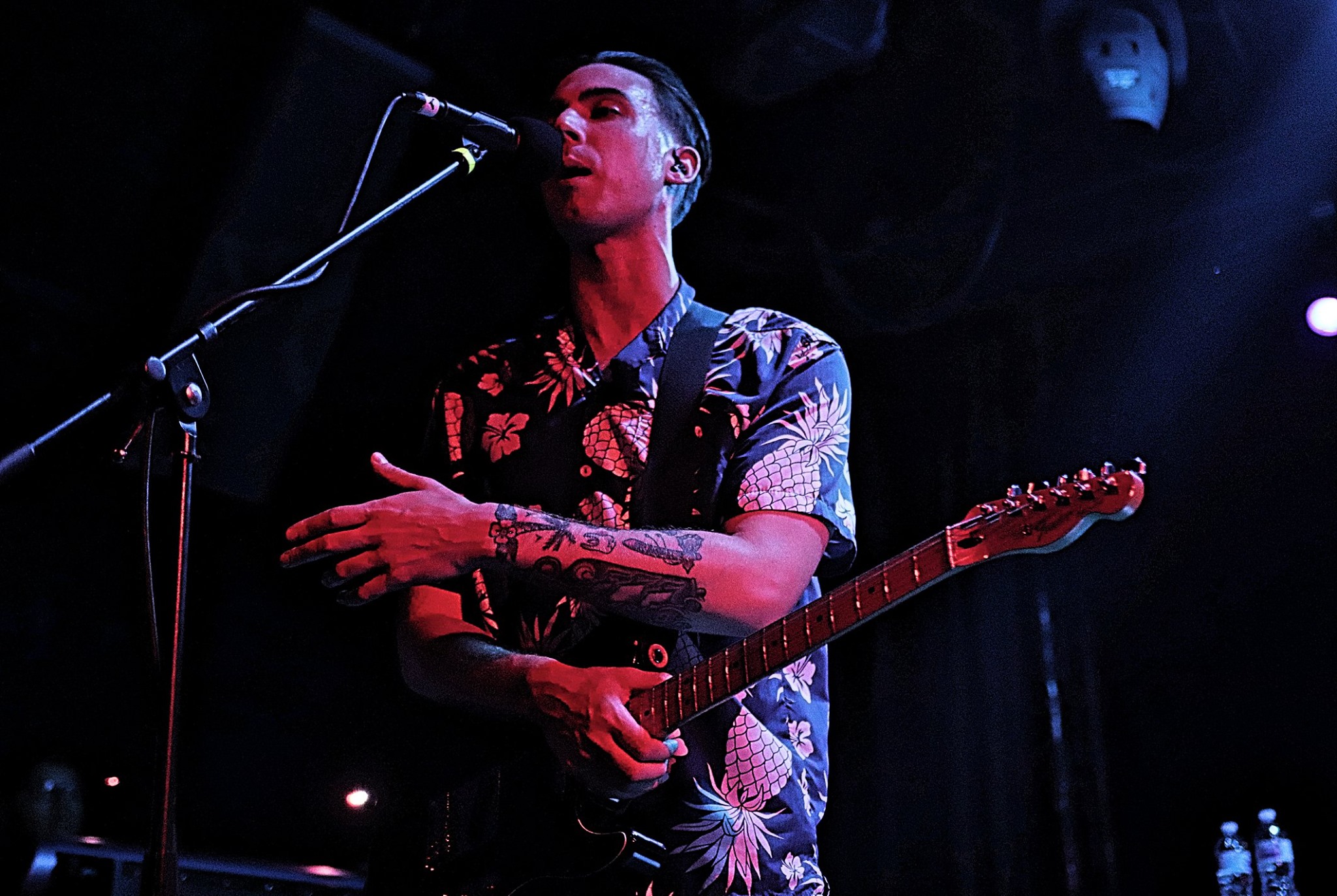 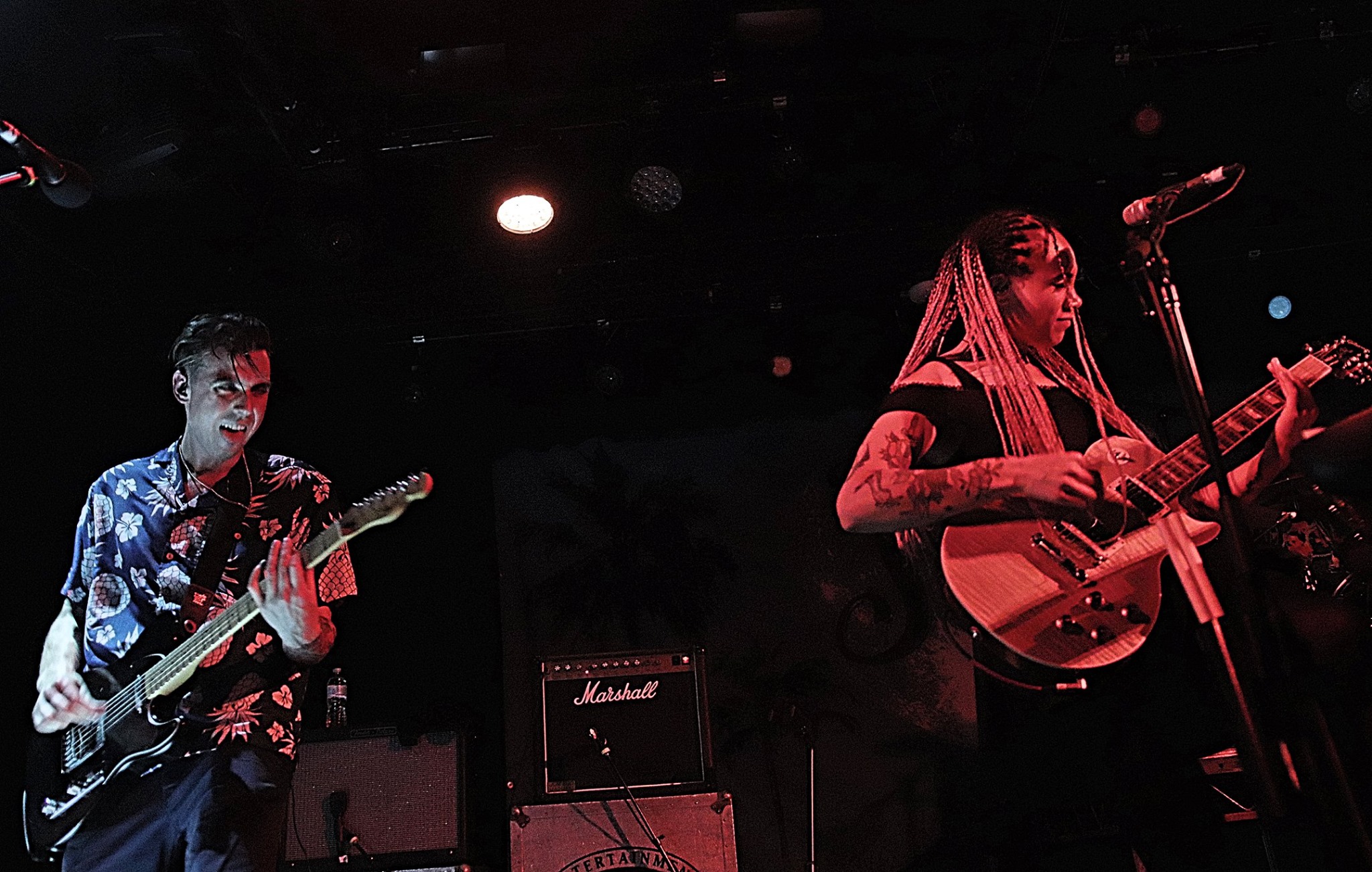 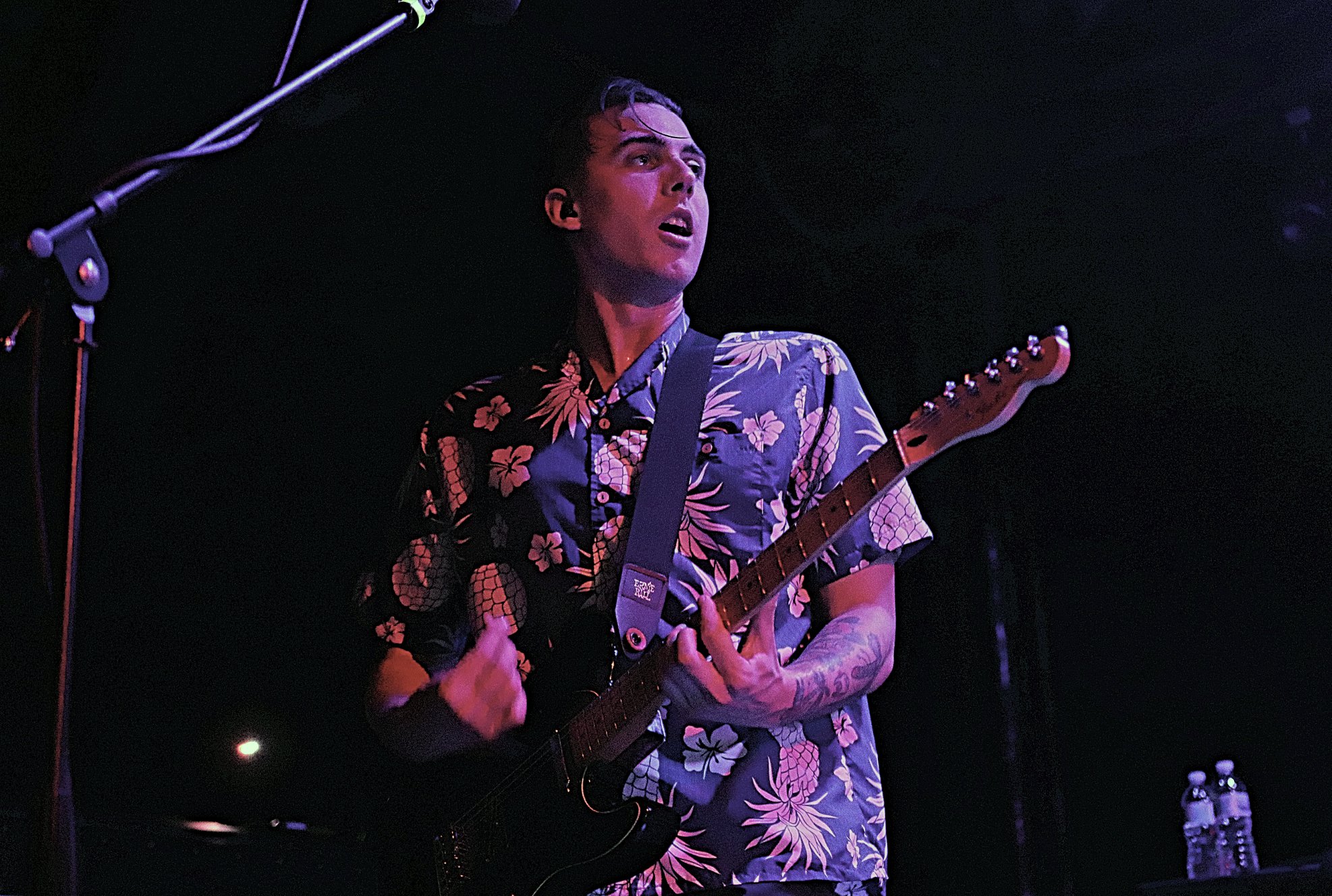 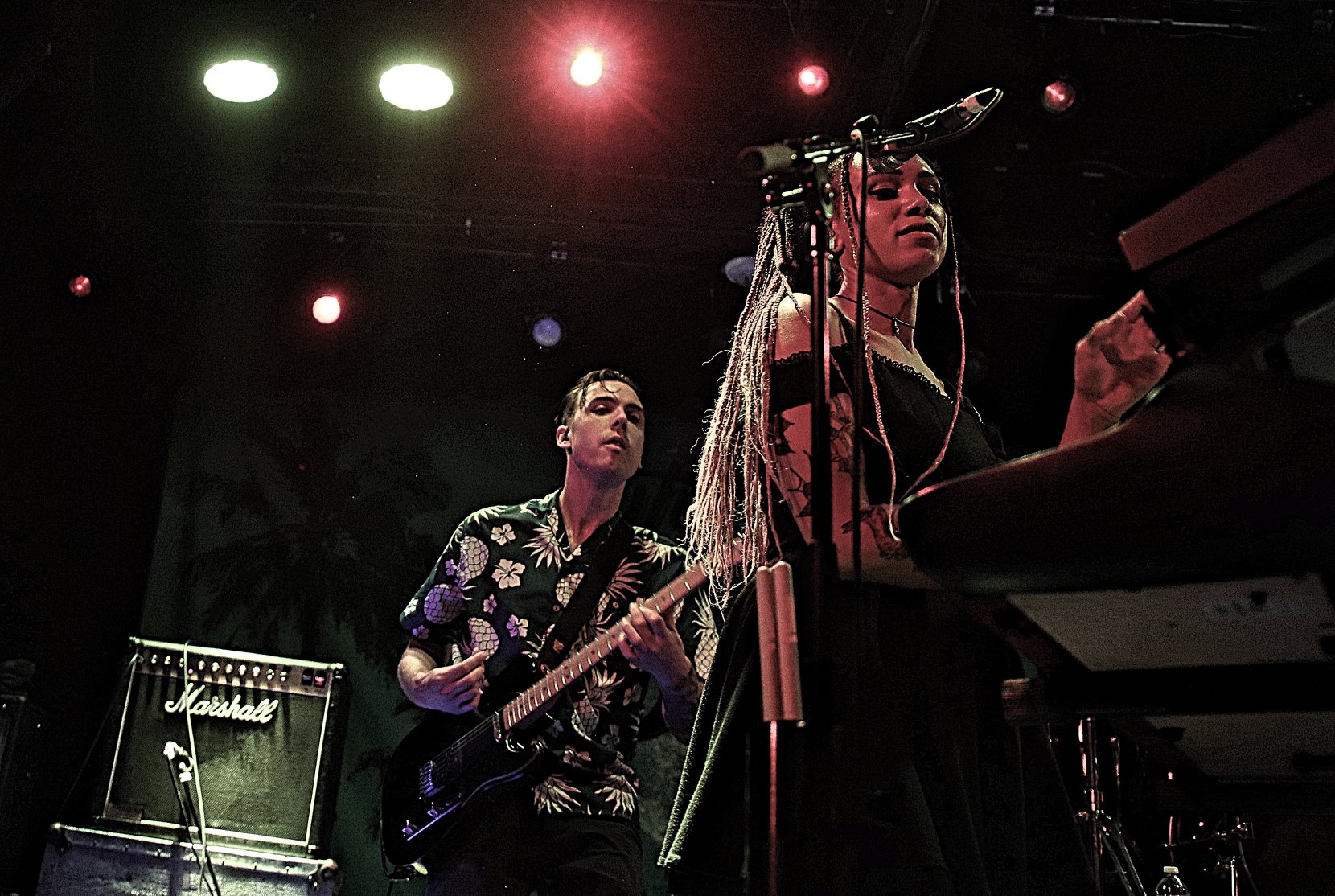 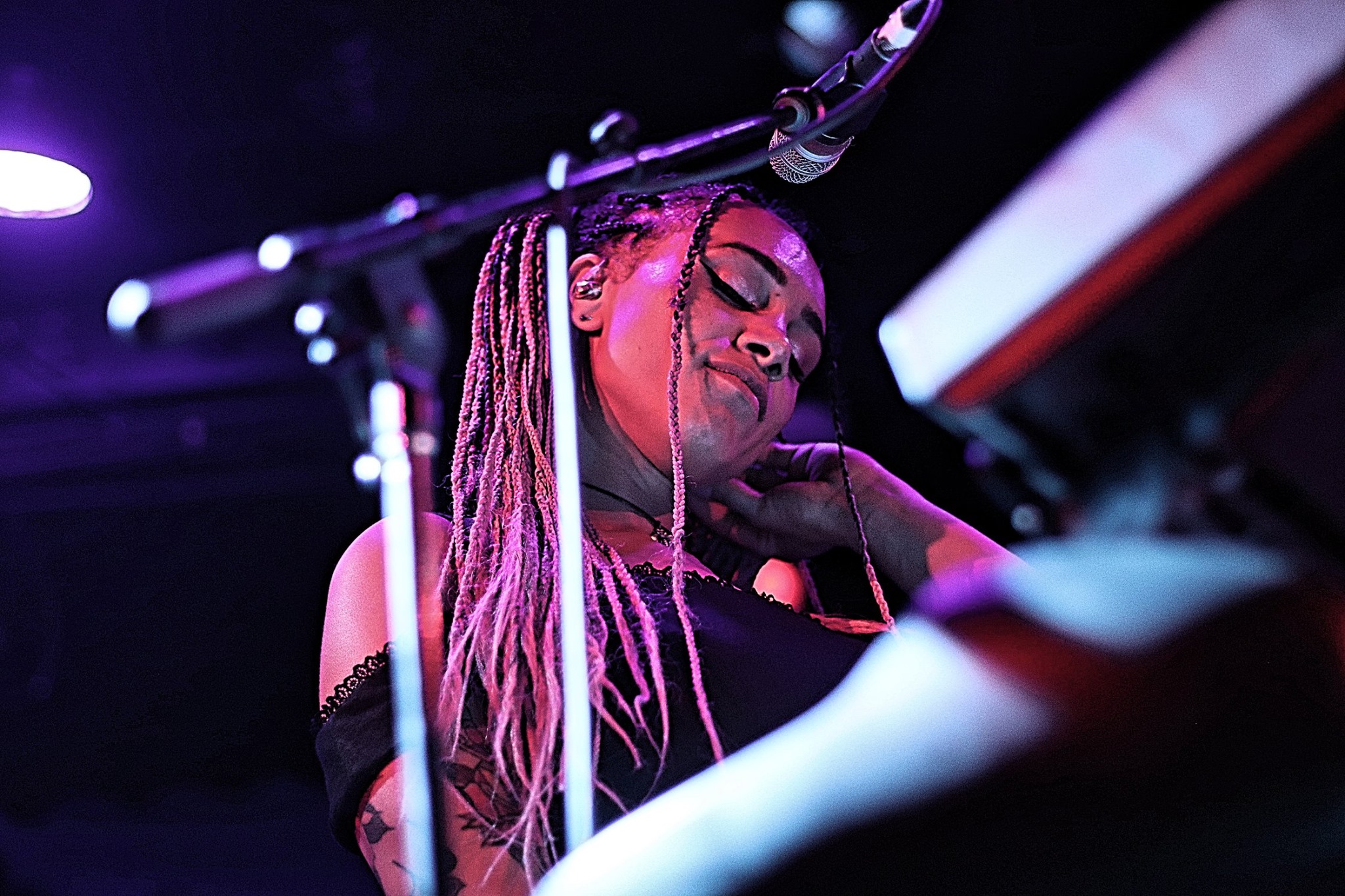