The Second Wave Of Covid-19 : The Sound Of Curfew 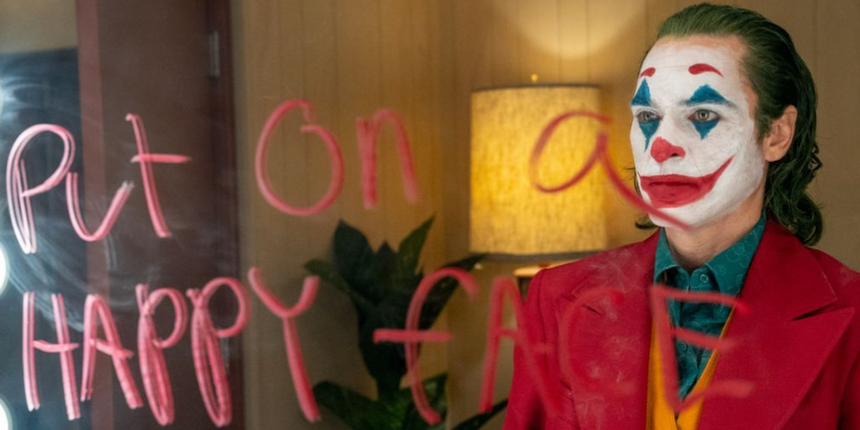 The second wave of Covid-19: the Sound of Curfew

Here we go again! France is back in quarantine to face up the pandemic and the least we can say these days, if you don’t get stabbed by a terrorist, if you survive acute respiratory distress syndrome, or if you avoid bankruptcy, all you have to do is STAY AT HOME…
But as the French writer Victor Hugo wrote in “Castigations”: “The heaviest burden is existing without living”, I have decided to share a new playlist to break the doom and cheer up my mood at the end of this gloomy year. Here is my top ten :

“This Is America” is a song by American rapper Donald Glover, aka Childish Gambino, his musical stage name. He is also a comedian, writer, and producer (he played a young Lando Calrissian in “Solo: A Star Wars Story” the same year he released the single). The song toggles between a gospel-style choir, rap verses, and background contributions from various American rappers. The lyrics talk about black culture nowadays in the United States, racism against black people, gun violence, and police abuse in the country under the Donald Trump era. The music video was also a very popular success when it was released because it was both shocking and unsettling: murders, riots, and fires can be seen behind teenagers dancing and laughing around the artist, chaos rules, and guns are treated with more respect than human beings. Today, at a time when the Black Lives Matter movement is experiencing an unprecedented resurgence since the death of George Floyd, “This Is America” is once again climbing to the top of the charts.

“Stronger” is a single from the third studio album by American rapper / disappointed loser in the US presidential election Kanye West. On July 4, 2020, when West announced on Twitter that he would be running in the 2020 presidential election, I laughed and thought it was a joke, but I have recently read that he nevertheless received 60,000 votes in the presidential election. WTF America ?! So I remembered his concert at Los Angeles’ FYF Fest in August 2015 and played on Spotify the playlist of this event. The first track was “Stronger”. The song samples the title “Harder, Better, Faster, Stronger” from the French house duo Daft Punk (which had already been sampled before… Music is an eternal beginning! Kanye West was inspired by the famous maxim of Friedrich Nietzsche “What does not kill us makes us stronger” that he repeats all the track-long. A chant that he will have to repeat again and again until 2024! I would rather listen to Daft Punk but this track is quite enjoyable.

I discovered this cover by Nadasurf in a perfume commercial on French TV and, as a big fan of the original song, I immediately shazamed the track to find the band. I only knew Nadasurf for their hit “Popular” back in 1996. This cover of “Where Is My Mind” gives an alternative version of David Fincher’s “Fight Club” final scene where all the city blows and buildings collapse. I have always been fascinated by this amazing corrosive movie, not only because of Brad Pitt but mainly because the film points to the excesses of the consumer society and preaches global chaos, without theory. In the movie, the Pixies song closes perfectly the masterpiece. This cover by Nadasurf seems to be softer, lighter, and less fateful. It’s an absolute height that it’s used in a commercial right now by the way.

‘Joker’ is a recent psychological thriller movie starring Joaquin Phoenix, based on the DC Comics characters. I really liked the movie when it was released as a lot of people did. As I was watching the film on DVD at home, I particularly paid attention to the soundtrack which was mostly composed by an Icelandic cellist. But it also contains more popular or classic hits such as “That’s Life” by Frank Sinatra, whose text perfectly fits the story. This is the song Joaquin Phoenix dance to when he begins his transformation into the mad clown. ‘Joker’ leads us into the madness and darkness of Batman’s most famous foe. The score for ‘Joker’ won numerous awards like the movie itself, notably due to Phoenix’s performance, including Oscar for Best Actor for him in 2020.

Let’s talk more about ‘Joker”s original soundtrack. The mythical dance scene when the Joker comes down the Gotham stairs (shot in the Bronx, New York) has generated a little controversy. Why? Quite simply because the song used, “Rock’n’Roll Part 2”, is a title by Gary Glitter, convicted of pedophilia several times in the late 1990s in Great Britain. In the United States, many calls to boycott the film have been launched because of this choice of music. However the ‘Hey Song’ perfectly fits the temper of the Joker: pugnacious, determined, fiery, and vindictive. The world is currently becoming like Gotham City, with terrorism, illness, poverty, curfew, and riots everywhere. Don’t we really need more people like the Joker or Tyler Durden to blow it up?

“Meds” is the fifth studio album by English alternative rock band Placebo and the last one I listened to when I was younger, to be honest. I gave up on Brian Molko and his band right after that. But I used to like their sound, their glam rock style, their ambiguous texts, and their decadent aesthetic. Among all the old titles I enjoyed it was hard to pick one. “One Of A Kind” describes an individualistic outlook of one’s own perceptions. The melody uses chirpy notes with wind instruments to create an airy, contemplative tone, as well as vocals that echo to add to the dreamy and upbeat style. Placebo is known for their statements of identity. In my opinion, this song is in fact the opposite of Tyler Durden’s quote: “You are not special. You’re not a beautiful and unique snowflake. You’re the same decaying organic matter as everything else. We’re all part of the same compost heap. We’re all singing, all dancing crap of the world.”

Yo La Tengo is an American indie rock band formed in New Jersey. Ira Kaplan and Georgia Hubley formed the band as a couple in 1984. Released in 1997, the highly varied “I Can Hear the Heart Beating as One” is often considered Yo La Tengo’s most successful album. In 2020, Rolling Stone included it on its list of The 500 Greatest Albums of All Time. On this sweet song, the organ sounds make you want to snuggle up in soft blankets. The heavy rhythm of Georgia Hubley’s drums, like the melody of the keyboard, supports the fluffy and distant voice of Ira Kaplan. The melancholy reminds me of autumn evenings.

The world does not know the American band called Deerhunter well, the world does not know what he misses! A single piece can justify all the love their fans give to them. The song is called “Desire Lines” and consists of seven minutes of dizzying guitar lines, somewhere between Interpol and Arcade Fire. This obsessive song is like the daze of a drunken day and it often comes back in my playlists at the moment.

With the “Song Machine” project, Gorillaz wants to publish sparingly some new tracks which will form an ultimate playlist at the end of 2020. Earlier this year, Fatoumata Diawara joined the band to perform on episode two called “Désolé” in French. The Malian artist is an old friend of Damon Albarn who had already invited her for “Rocket Juice and The Moon”, the only album of the supergroup he composed with Flea and Tony Allen in 2012. The track mixes pop and African sounds in a joyful melting pot in which Gorillaz excels. The music video, directed by Gorillaz co-creator Jamie Hewlett, was filmed at Lake Como in Italy and features virtual band members 2-D, Noodle, and Russel Hobbs boating with Diawara and Damon Albarn under the sun.

Gorillaz continues to release songs from his “Song Machine” like seasons of a television series. After welcoming Peter Hook, Beck, and Elton John, Damon Albarn has chosen Robert Smith, the mythical singer of The Cure as a guest star for this track released last October. This exciting collaboration has given birth to a dancing and bouncing track. Albarn and Smith worked together but separately on it. “We did this song entirely by e-mail with Robert”, Damon Albarn told BBC Radio 6 Music. In the music video, the virtual characters of Gorillaz are walking on the Moon in which the face of Robert Smith is encrusted (as a tribute to Georges Méliès’ A Trip to the Moon). They make craters with their flying motor home that form a kind of injunction at the end of the music video: “Be the change”. We only can obey!

Gorillaz has also announced an exceptional Livestream from London combining live performance and visual experience about “Song Machine”, on December 12 and 13, broadcast on live now. Tickets are available on www.live-now.com.