The Sad Story Of Elliott Smith: A Timeline Of The Events 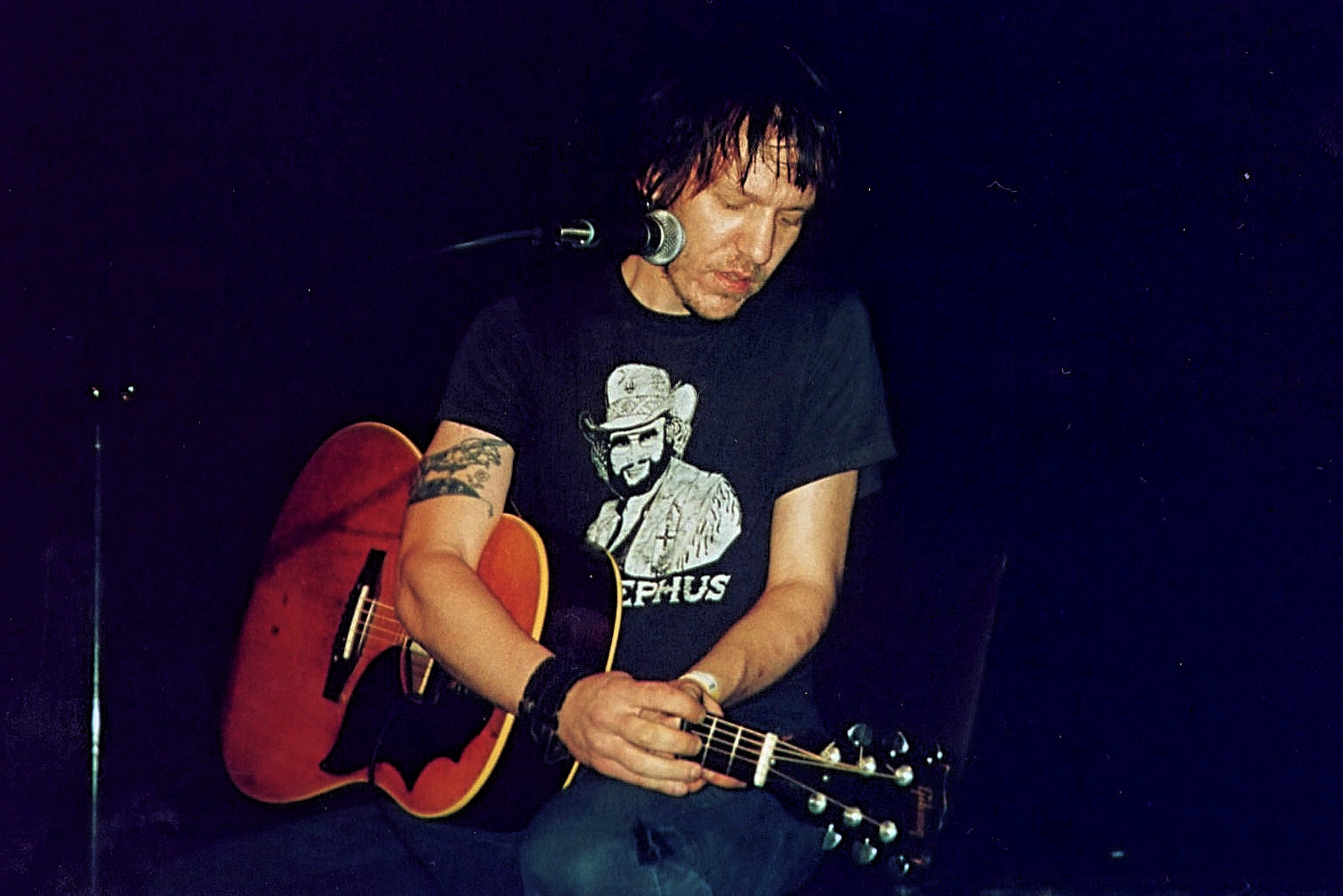 Elliott Smith: A timeline of the events

I have been working on the sad story of Elliott Smith for a long time, and this is the timeline of the events that I was able to establish. There are still holes and plenty of uncertainties, but it was important to include everything, even the rumors.

• On Tuesday, October 21st, according to a next-door neighbor named Joey, Elliott Smith and Jennifer Chiba were having a violent fight way before noon. At one point, Chiba screamed: ‘I don’t give a shit, fucking die!’ a terrible declaration which was followed by a long silence. Joey didn’t hear Elliott scream, whereas Chiba said she heard a scream (an awful noise). The long silence was interpreted by Joey as the moment of the stabbing, but, if it is the case, her scream didn’t seem to come from behind a closed door, whereas she stated she had locked herself in the bathroom at this tragic moment.

• There is a persistent rumor that she made other phone calls (s) before calling 911, Joey insisted that Chiba’s scream occurred ‘way before noon.’ She also admitted to one of Elliott’s close family members that her call for an ambulance had been delayed because her cell phone wasn’t working properly. A strange excuse to make because this same family member had talked with Elliott on a landline, just a few days before he died.

• Chiba did CPR until the paramedics came and took away Elliott, who was not conscious at the time. It was probably between 12:30 and 1 pm.

• According to another neighbor, Chiba was seen outside with a blanket wrapped around her just when Elliott was carried away. She didn’t ride the ambulance with Elliott.

• The police officers (time?) arrived and interrogated Chiba at the kitchen table

• There is a rumor: Chiba may have barricaded herself in the bathroom at their arrival and a mediator may have come to convince her to get out (this is an unconfirmed rumor heard by 2 neighbors from other people).

• When questioned by the police, Chiba pointed to a suicide note written on a post-it note, she told Elliott‘s story with depression, drug addiction, self-mutilating behavior, suicide ideation, she mentioned a history of one possible suicide attempt and gave pages of his personal journal. But she also said that he had been clean for a year, and was taking multiple prescription drugs.

• Chiba also admitted having removed the knife when Elliott was still standing. She said she saw two cuts before he collapsed. There was no mention of the balcony yet.

• Felice Ecker, Elliott’s publicist, was contacted by the police (her contact was probably provided by Chiba herself) whereas, barely a year later, Chiba would pretend to have played more or less Ecker’s role in her lawsuit.

• Chiba arrived at the hospital one hour after Elliott had died so probably around 2:40 pm (according to Schultz’s book).

• Two nights later, Chiba hit Elliott’s New Monkey studio in the valley with two guys in a jeep (one of the guys was very probably Robin Peringer). They packed boxes in the trunk of the car around midnight.

• Just after that, the trio stopped by the memorial wall to give away copies of Elliott’s last single to the fans, who had gathered there to pay homage.

• Chiba allegedly left LA in the following days, as she allegedly had a one-way ticket for Hong Kong paid by Rivers Cuomo. However, after a stop in Boston and seeing that the police were not prosecuting her, she came back to LA. I was given this information by another independent journalist.

• Chiba attended several tribute shows, one at the Music Box on November 3rd and another one (All Tomorrow’s Parties) on November 9th in Long Beach. The proceeds of the November 3rd show benefited Elliott Smith Foundation (his charity for abused children he had just started before his death).

• According to the independent journalist, Chiba was apprehended by Federal Postal Inspectors for accessing and cashing checks earmarked for the Elliott Smith Foundation when posing as Valerie Deerin. (A story I was told but was unable to confirm).

• When the results of the coroner report were made public early January 2004 – the results of the autopsy were not conclusive and the coroner said there was a possibility of homicide – Chiba almost immediately made a declaration via MTV: ‘Up until now I’ve chosen to remain silent because I want to maintain some sense of privacy for Elliott and his family and myself in this really difficult time. And I want people to know that I’m not keeping quiet because I have anything to hide. If I was a suspect, I would have heard from the investigators, for one thing,” she continued. “Another is that his sister and his parents and everyone close to him knows the truth, so I’m not worried about it.’

• Five days later, the family answered: ‘Elliott’s family has every confidence that the ongoing investigation will determine the actual circumstances of Elliott’s death. Until such time as their investigation has concluded, however, and especially in light of the recently published coroner’s report, neither Elliott’s family nor anyone else can claim to know ‘the truth’ about Elliott’s death, and any statement to the contrary mischaracterizes the family’s position.’

• In July 2004, Chiba sued the estate (represented by Elliott’s stepmother Marta Greenwald). At the time, Chiba was probably back in LA, and she was living with Robin Peringer. According to Joey, they were lovers.

• In September 2004, Chiba was evicted by the new owner of the propriety and moved to another place (paid by Rivers Cuomo??). Her license of therapist had not been renewed from June 2001 to October 2005, so she could not have possibly been working as a therapist during these years… How could she have paid rent in LA? She has claimed to several people that Rivers Cuomo was supporting her financially.

• Liam Gowing interviewed Chiba for his article that was published by Spin magazine in December 2004. The article supported the suicide theory, largely blaming depression, drugs, and child abuse for Elliott’s strange suicide.

• Chiba amended her case against the estate twice but she finally lost the case in October 2007.

• In September 2008, she sued her lawyer Ron Gold for malpractice, professional negligence, breach of fiduciary duty, and infliction of emotional distress.

• Chiba was interviewed by Gil Reyes for his movie ‘Searching for Elliott Smith’ released in 2009. In a filmed interview, she narrated the event of October 21st, once again claiming her innocence. In the first version of his movie, Gil Reyes and Chiba even went to the LA Police Department camera on hand, to prove Chiba had talked to the police, contrarily to what is stated in the police report. It was a stunt-like scene that Reyes edited out shortly after.

• In Gil Reyes’ movie, Chiba mentioned the balcony for the first time (to my knowledge) declaring she was afraid Elliott would jump from the balcony after been stabbed. In her first narration, she had mentioned the sink of the kitchen, which means she was acknowledging that Elliott had walked through the entire house once stabbed, as the kitchen is at the front and the balcony in the back.

• During a Q&A after a screening of the movie, Chiba said she ‘regretted not allowing Elliott to write a will because a lawsuit would have never happened.’ She said she refused to let him write a will because she thought it would have given him more of a license to kill himself. A ridiculous statement at many levels. First, Elliott was only 34 and had just been through a tough rehab treatment in an effort to turn his life away from drugs and addiction, he was clean the day he died. Secondly, her statement would have meant that Elliott had become a little child who needed Chiba’s approval to write a will.

• In 2013, Chiba was abundantly featured in W.T. Schultz’s book ‘Torment Saint,’ as her name can be found 43 times from page 7 to page 223. She claimed once again her complete innocence during the last chapters of the book with Schultz’s help. In his version, Elliott had ‘crashed onto the balcony,’ and she had ‘tackled him there, then quickly climbed off him to call 911,’ something that can be called a significant departure from the police report which just stated she had ‘followed him [Elliott] to where he collapsed.’

• In 2020, the case is still open, and detective J. King has confirmed he has recently talked to Joey the neighbor.