The Problem Of Leisure: A Celebration Of Andy Gill And Gang of Four Out Tomorrow 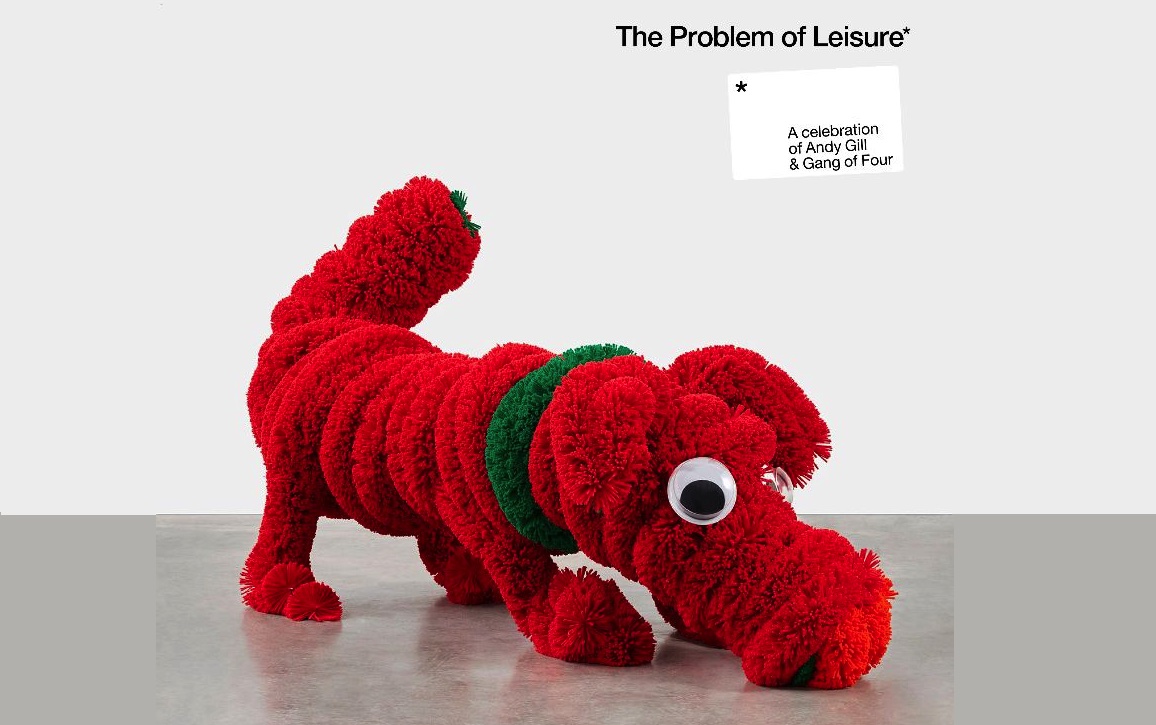 Two years before his passing, iconic guitarist, producer, and Gang of Four co-founder Andy Gill embarked on a project very close to his heart, and it’s finally here: ‘The Problem of Leisure: A Celebration of Andy Gill and Gang of Four’ will be out tomorrow June 4th.

The tribute record features new interpretations of Gang of Four songs by a phenomenal lineup of bands that have been influenced by the famous pioneering post-punk band and Andy Gill, with original artwork by Damien Hirst. Tom Morello, Gary Numan, Flea, La Roux, Serj Tankian, the Dandy Warhols, Nova Twins, Warpaint, Helmet, IDLES, John Frusciante are among the artists whose own unique contributions to music were enriched by listening to the band; they have all chosen to cover a song from across Gang of Four’s 40-plus year career.

The album was originally conceived by Andy Gill to mark the 40th anniversary of Gang of Four’s extraordinary 1979 debut long-player ‘Entertainment!’ However, ‘The Problem of Leisure’ quickly expanded beyond that remit when several participating artists chose tracks from different albums and periods. Every musician who committed to the project was given the freedom to create new versions of whichever Gang of Four songs they wanted to cover, and artists from seven different countries and four continents were finally involved in the project.

When Andy died, on February 1, 2020, his widow, Catherine Mayer, was determined to finish the project. ‘There was never any question in my mind about getting this record finished,’ she says. ‘It was far advanced, with many tracks already submitted and a wish-list of artists Andy still intended to approach. He was so passionate about making progress that on the day he was taken into hospital, he delayed the ambulance while I fetched his computer and noise-canceling headphones. In intensive care, he listened to mixes and selected the wonderful, playful cover art by Damien Hirst.’

Idles cover ‘Damaged Goods’ with the ferocity and the unapologetic energy they are known for. Tom Morello and Serj Tankian (on vocals) do a noisier, more decadent, and more distorted ‘Natural’s Not in It,’ while dissonance dominates Helmet’s ‘In the Ditch’ reinterpretation. Warpaint’s ‘Paralysed’ becomes an icy hazy soundscape, and ‘Where the Nightingale Sings’ is a completely reinvented esoteric remix by Robert Del Naja from Massive Attack, aka 3D, and Nova Twins. At the time I am writing this, titles are not all available, but they will be on June 4th.

Catherine Mayer added: ‘Andy would be delighted with every aspect of this album, including the critical response to it. His ashes are in the flat we shared, in a wine flagon, and the reviews have been so good that I’ve been reading them out to him.’

The album, distributed by Ingrooves and out on the Gill Musiclabel, is available to download and stream and also presented in a variety of physical formats with all artwork variants created by Hirst. There are three gatefold double vinyl formats – the ‘dogluxe’, available only from The Gang of Four’s store (www.gangoffour.uk), is heavyweight red vinyl with a red sleeve and contains a six-sheet poster and a special googly eye on the front; the yellow vinyl and matching sleeve is only available from independent music retailers worldwide, and the black vinyl with the green sleeve is on sale everywhere. There are two CD formats – a limited edition case-bound book with a googly eye and a gatefold digipak version. There is also a limited edition C90 cassette, with a pink body.

Visit www.theproblemofleisure.com for more information about the project including the stories behind the connections of many of the contributing artists to Andy Gill and Gang of Four.

The Problem of Leisure: CD One
Vinyl One, Side A
IDLES – Damaged Goods (UK)
Tom Morello & Serj Tankian – Natural’s Not In It (USA)
Helmet – In the Ditch (USA)
3D* x Gang of Four feat. Nova Twins – Where the Nightingale Sings (UK)
Hotei – To Hell With Poverty (Japan)

The Problem of Leisure: CD Two
Vinyl Two, Side C
La Roux – Damaged Goods (UK)
Everything Everything – Natural’s Not in It (UK)
Dado Villa-Lobos – Return the Gift (Brazil)
The Dandy Warhols – What We All Want (USA)
Warpaint – Paralysed (USA)

** ‘Last Mile’ is the new title for this cover of ‘Broken Talk’, reflecting new lyrics sung in Mandarin by Hardcore Raver in Tears