The Ohana Festival Adds An ‘Encore Weekend’ With A Different Lineup 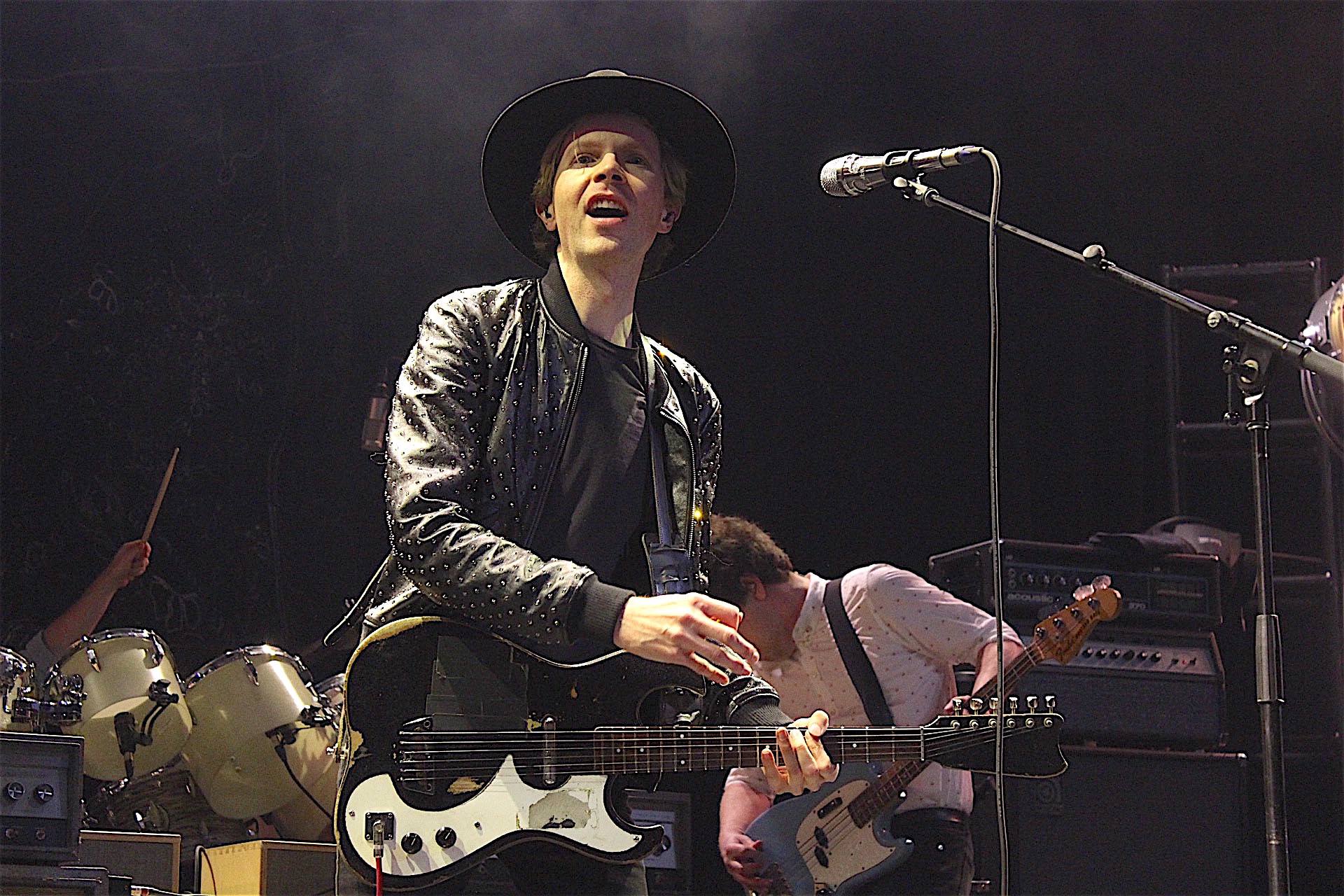 Beck, one of the artists playing the Encore Weekend of the Ohana Festival

This year, the Ohana festival, curated by Eddie Vedder, is doing an encore the following weekend, and, contrarily to a South California mega-festival, the lineup of the second weekend is completely different.

The fifth Ohana Festival has been announced for Sept. 24-26 at Doheny State Beach in Dana Point, California, and the ‘Encore Weekend’ – a 2-day event – will take place on October 1st and 2nd at the exact same location

The September 3-day event will be headlined by Kings of Leon, Eddie Vedder (solo), and Pearl Jam, whereas both days of the October event will be headlined by Pearl Jam, but this is almost the only overlap between the two weekends – the only exception being fellow Seattle favorite Brandi Carlile: the lineup of the second weekend is filled with completely different acts.

According to a press release, the event will also include a Storytellers Cove,’ which ‘will feature leading voices, experts, innovators, and changemakers. Dynamic sessions will include conversations on sustainability, wellness, and more. More information to be announced soon.’

The festival, founded by Eddie Vedder in 2015, donates a portion of its proceeds to the San Onofre Parks Foundation and the Doheny State Beach Foundation, plus, if you are a Pearl Jam fan, it is good to know that aside from a performance on September 18 at the Sea.Hear.Now festival on the beach at Asbury Park, N.J., the Ohana performances will be Pearl Jam’s only other shows of 2021.

Tickets for the second weekend will go on sale at 10 am on Friday, July 23 at ohanafest.com. But you can buy tickets for weekend one right now. 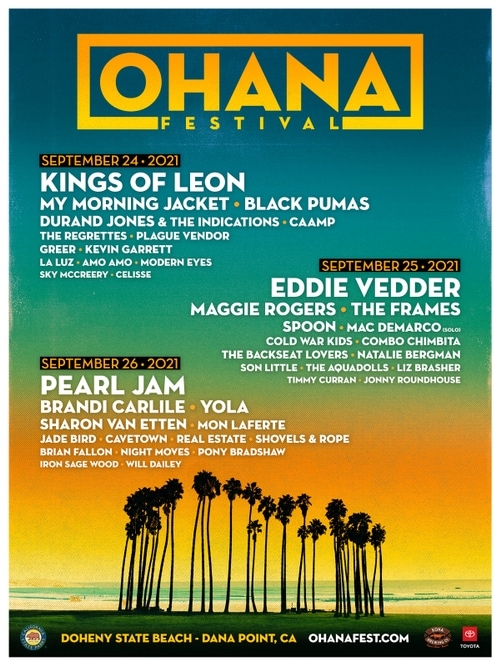 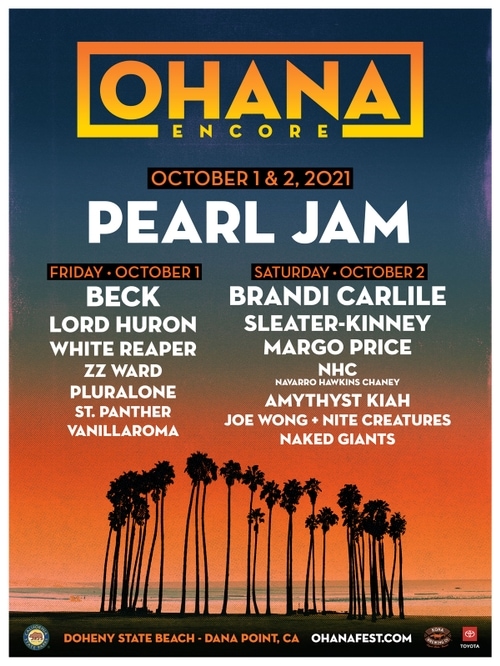