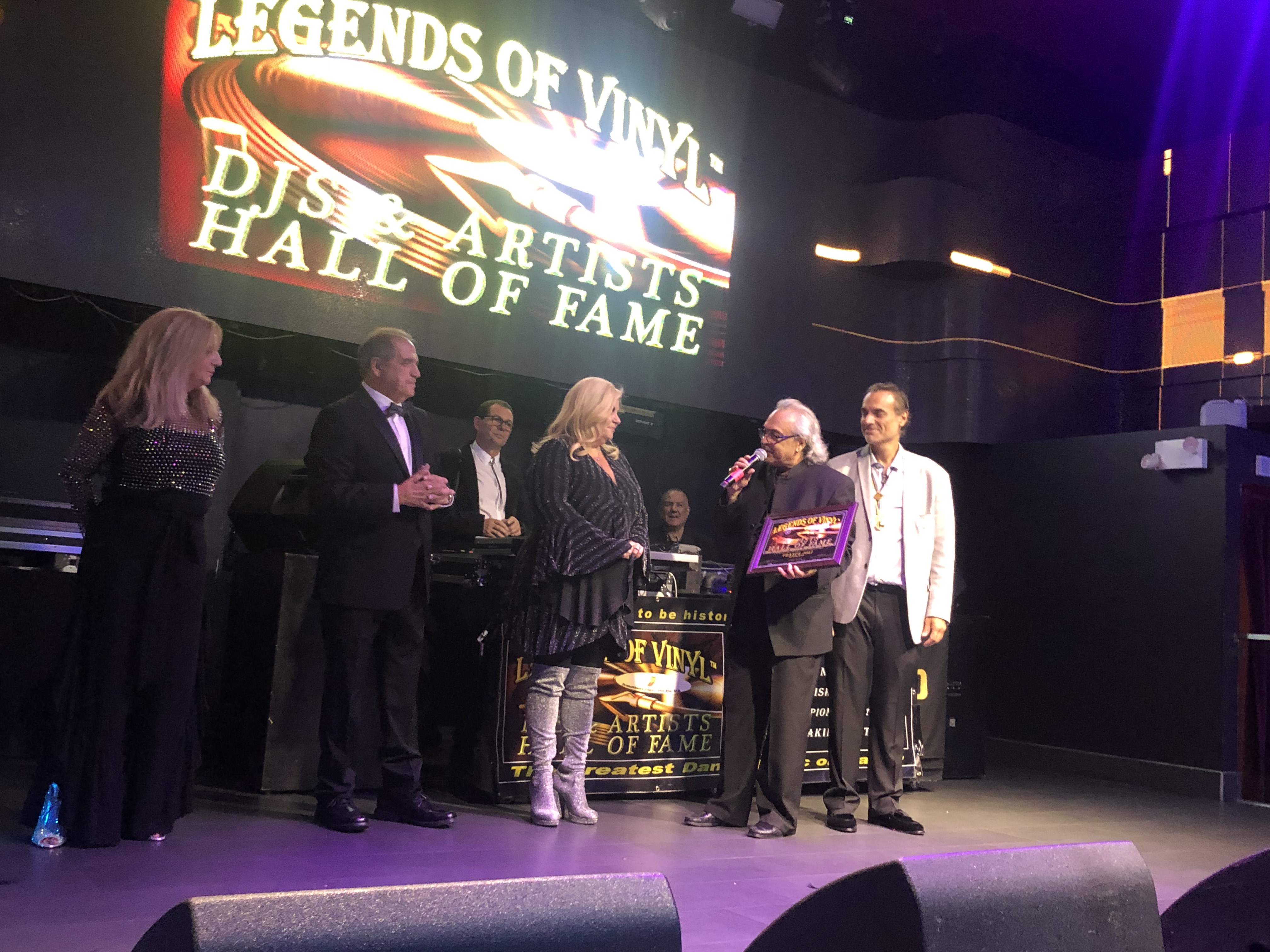 Revenge is best served cold, and 56 year old disco diva, Quebec’s own France Joli, joined the entertainment business at the age of eleven, and had a disco smash at the age of sixteen, got her revenge for all of us last night at Amadeus Nightclub. Upon induction to the The Legends Of Vinyl DJ And Artists Hall Of Fame Awards, she roared “For all of you who said ‘disco sucks’? Go fuck yourself…” A blessedly profane response that you wish somebody had thought of in 1979. SohoJohnny Pasquale, on stage as a friend of France, cracked up and the entire club erupted in a loud roar of approval.

Disco emerged out of the funk and r&b Philadelphia and New York scenes mixed with a Teutonic, four on the floor, adherence to the tightest of beats, a bright and sparkling response to the increasingly bloated early 1970s rock scene, disco was an inclusive, multi-racial, gay friendly, explosion of dance and beats that continues today under the guise of EDM pop by people like Ariana Grande and Katy Perry. The Legends Of Vinyl emerged and expanded from the DJ Hall Of Fame a few years ago and has continued to expand.

Last year, The Legends of Vinyl (LOV) had a huge induction party. This year there was over three hours of awards before the after party. Lead by Luis Mario, a DJ legend with over 44 years of experience, and MC’d by Al Magliano, who began DJing at the age of sixteen, and was the house DJ at the legendary Envoy East in the early 1970s, the two inducted over twenty industry leaders, DJs, and artist to the Hall Of Fame. And while there was an occasional hiccup, among them a rowdy and loud audience, they pulled it off with a little help from a lot of friends.

I was there as a guest of rocknyc.live partner SohoJohnny, Event Production and Artist Management as noted in the playbill. The evening began with a posthumous award  for The Trammps’ lead singer Jimmy Ellis, presented to his widow and to his daughter, and continued through the night including producer and DJ Dayne Holt, who spun at Studio 54 as well as two of my favorite clubs of the 1980s, Area and Danceteria, Joel Diamond (2x Grammy Nominated Producer of 36 Gold & Platinum Records, Songwriter, & Music Publisher ) and more. “First Ladies Of Disco” author James Arena was given the Legacy Award and the first annual Icon award went to DJ, Producer , and club owner Nicky Siano. There were so many stories of early disco, teenagers becoming DJs, forming record labels, performing at legendary outpost like Studio 54, Copacabana, Paradise Garage… Felipe Rose (of the Village People) was there. So was Eddie Rivera of the Record Pool Founder: International Disco Record.

But for a music guy like me, the pleasure was in the artists receiving an award and then singing for their supper! Top of the list, France Joli taking us to Fire Island for  “Come To Me,” and Anita Ward performing “Ring My Bell”. But we also got Musique 2, Company B, Alisha, Joe Bataan, Cheryl Rae among others. A terrific DJ (whose, amusingly enough, name I didn’t catch) was on the money  all night long. And at the end of the ceremony France sang Happy Birthday to Luis. He deserved it. Last night a DJ saved my life, isn’t just a song, it is a mantra for a music that has changed more than a few lives, it was an honor to pay tribute to them. 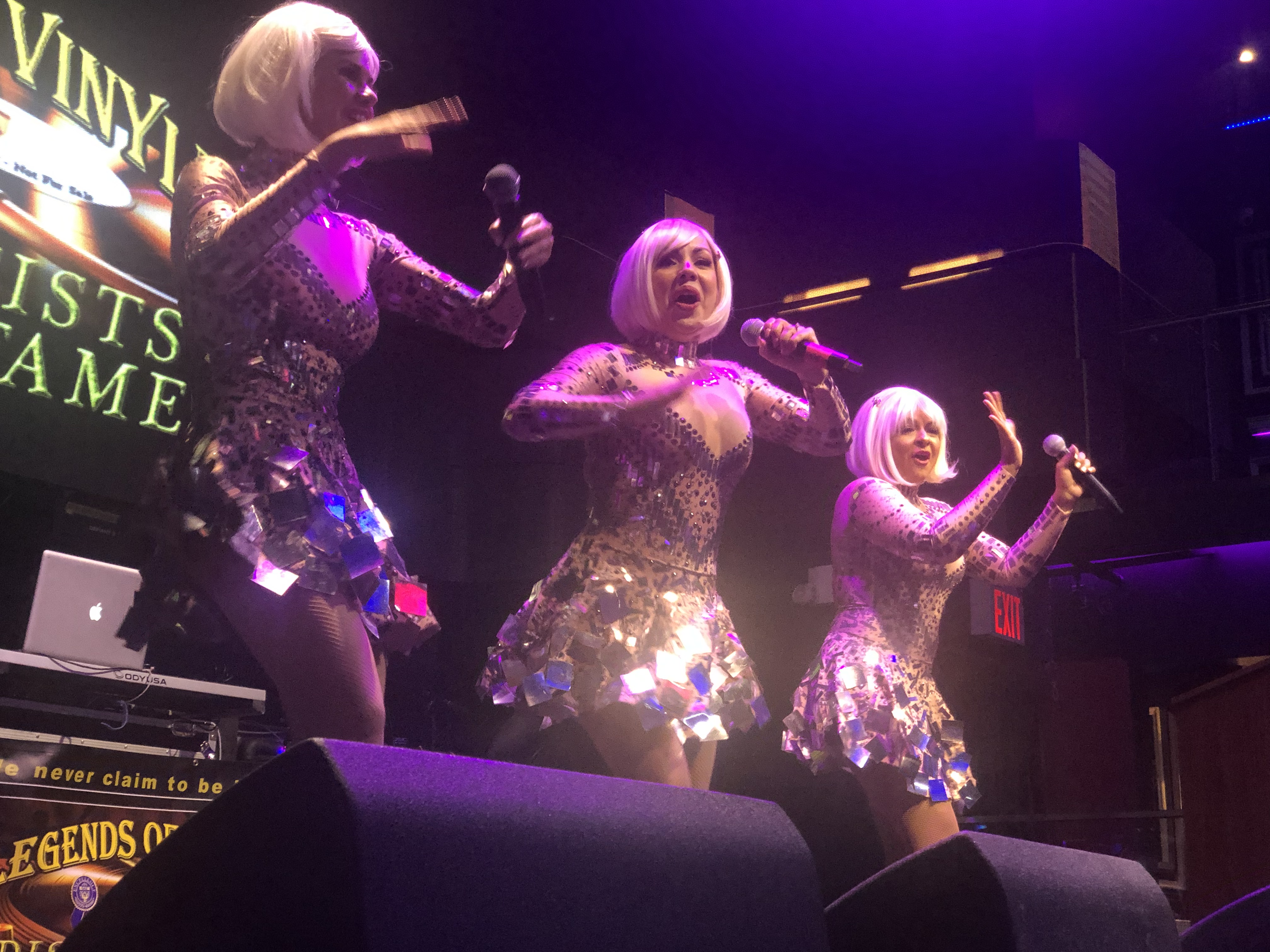 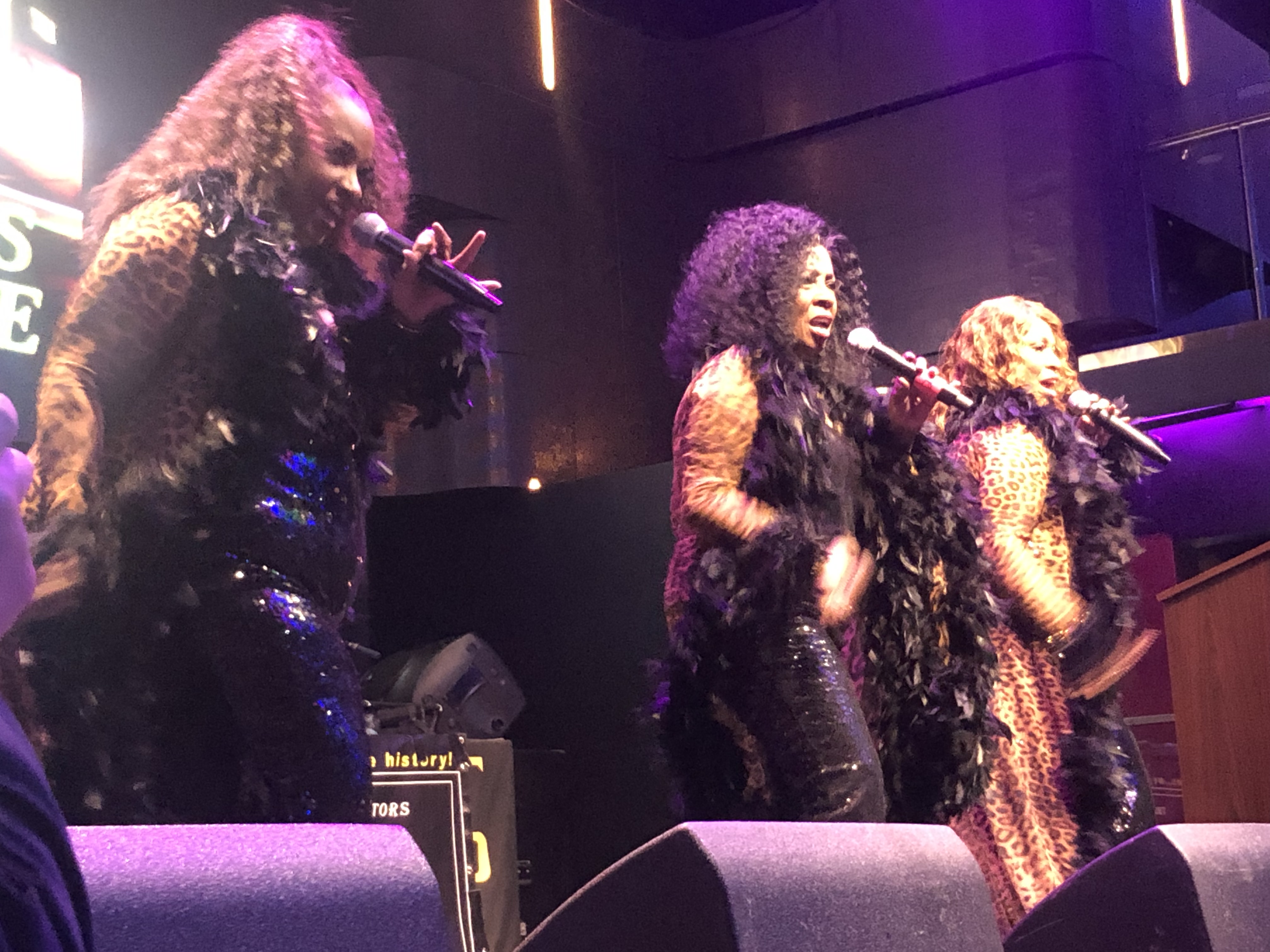 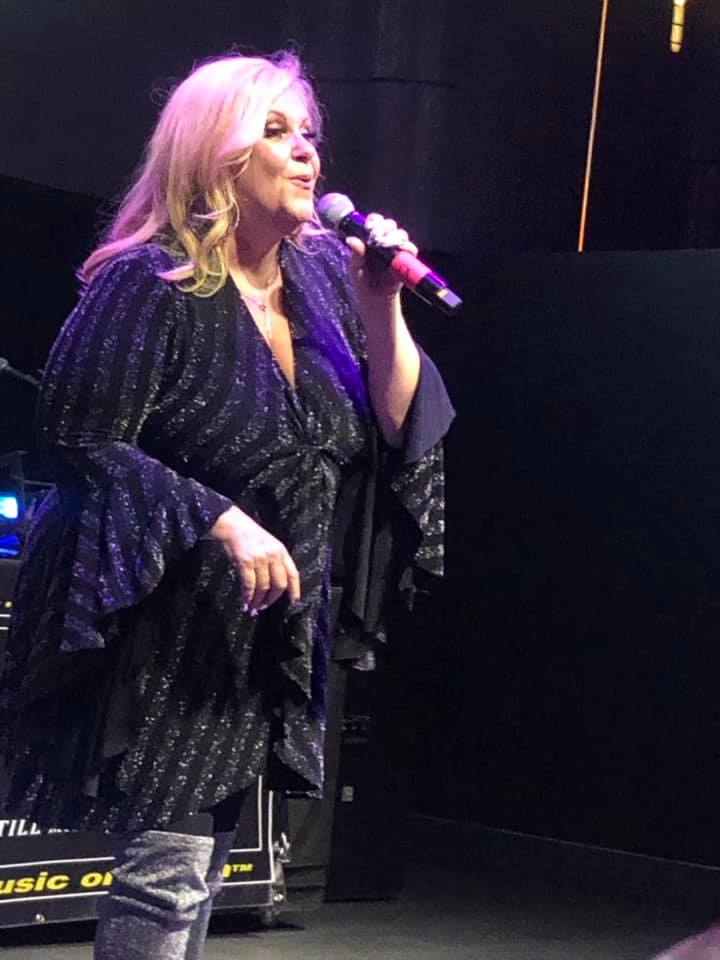 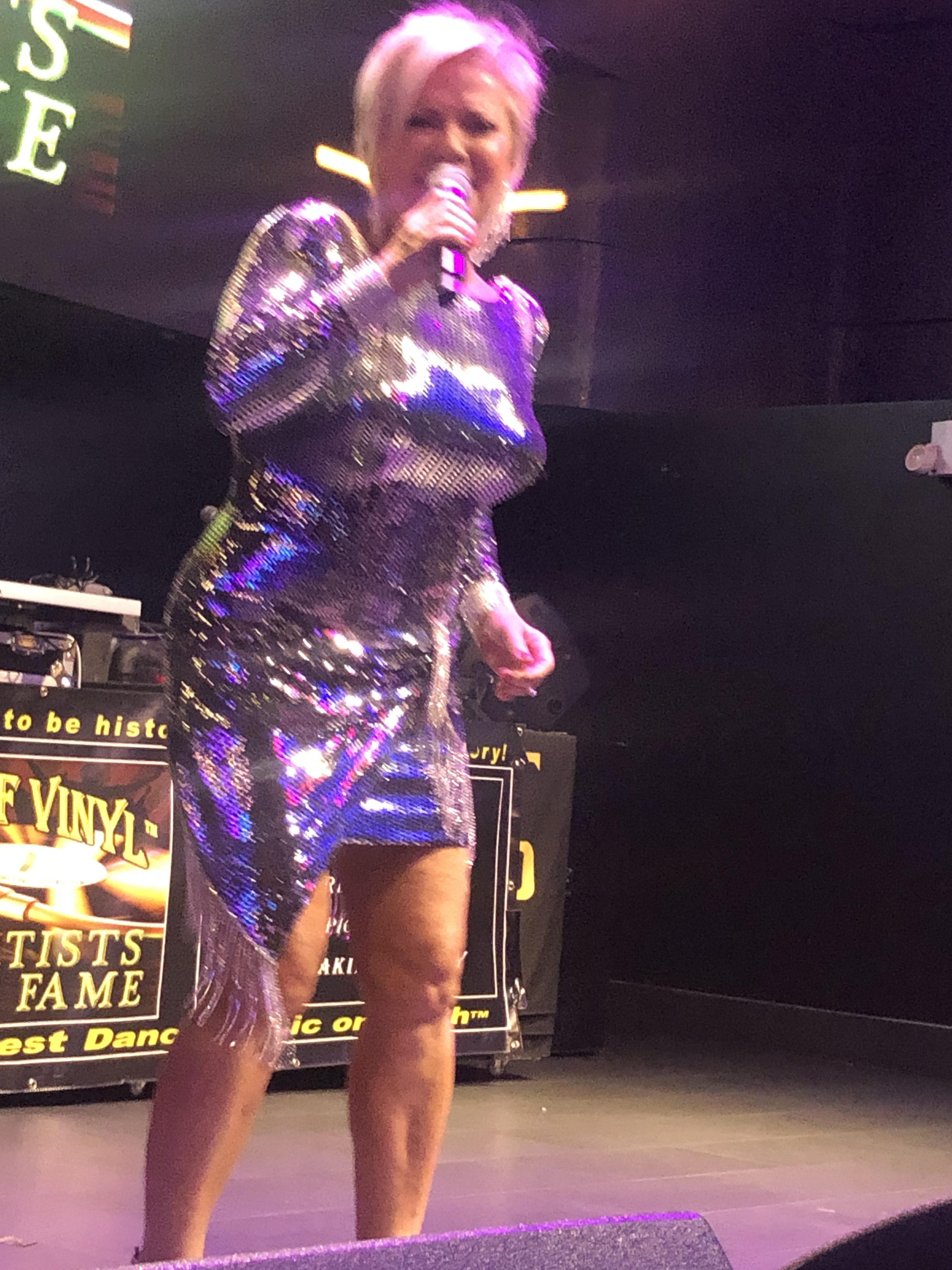