The Last Sea Change In The Popularisation Of Music was 1878 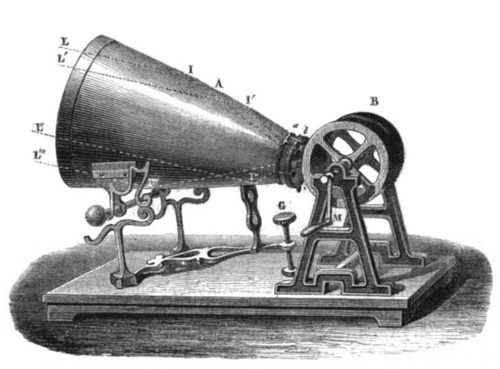 The dissemination of information that occured in the 8th century in China is the same, in its essentials, as the Internet in 2020. Certainly since Germany’s Johannes Gutenberg invented the printing press in the 1440s. By which I mean, the idea of writing stuff down, and then disseminating it through mass media, hasn’t really changed, even if the delivery is vastly different. A person from the 1400s would grasp the concept if not the mode of delivery. It went something like this:

Everything else adds to and grows till we are here.

Will this grow to a place where we won’t recognize it in, say the 24th century. Perhaps, somewhere between computer information downloaded directly to the brain and virtual reality,  together, will be different enough for it to be a huge change, but even the internet isn’t.

Think of the difference between the earliest silent movies from the 1890s and, say, Netflix. Nothing that happened to motion pictures in the hundred plus years would make no sense to somebody who had seen silent movies: the concept remains unchanged.

Which brings us to music. The first, certain, musical instrument was the flute which existed some 43,400 to 67,000 years ago, and since then there has been a whole lot going on, from the first guitar 3300 years ago, to the earliest annotated music 1400 BC, to the pipe organ (the piano’s antecedent) in 3 BC, to the piano itself in the early 1700s.

The similarities between print and music was distribution, once music could be annotated and disseminated it changed entirely our relationship with it, and so it remained until the invention of the phonogram, in the late 1800s, where people could buy records and listen at home.

Everything since then has not been as important, CDs, streaming services,  is exactly the same concept: recorded music in your own home.

The actual music has evolved and evolved, and you could make the point that if, say,  Schubert listened to EDM he wouldn’t consider it music, but he might, and it is music. Music doesn’t change. It is always notes vibrating in the air…