The Inauguration Of Joe Biden: A Dazzling Lineup 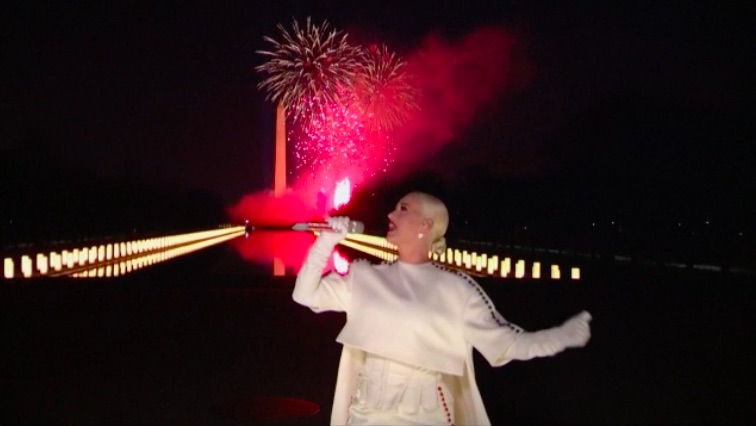 Katy Perry at the Inauguration of Joe Biden

After the star power of tonight, after the display of heart, hope, and comfort of tonight’s inauguration, I wonder how Trumpists can possibly feel. Four years ago, I was very disappointed, and the feeling grew into something more sinister over the years. But Trump supporters have to feel more than disappointed, probably very angry after seeing this array of pop-rock stars and beyond. Music-wise, the MAGA culture lives in a very lonely world. Imagine being a Trump supporter, and a Bruce Springsteen or Lady Gaga fan? A Jennifer Lopez or Katy Perry fan? A Foo Fighters or a Justin Timberlake fan? How do you deal with that? There is nobody left for MAGA besides Kid Rock, Vanilla Ice, and Ted Nugent, and they didn’t even care enough to perform on January 20, 2016.

Whether you are a fan or not of the artists who performed today at the inauguration of Joe Biden, this is not the point – I actually don’t care for many of them. This was some dazzling lineup, period. Tom Hanks was hosting, and Bruce Springsteen kicked off the Inauguration concert with an acoustic rendition of ‘Land of Hope and Dreams’ from the steps of the Lincoln Memorial. It was grave, solemn, and completely fitting the circumstances. The tone was given, the boss always means serious business.

The same morning, Lady Gaga delivered ‘The Star-Spangled Banner’ with the bravado of a diva, a puffed princess dress, and a giant gold dove brooch, a sign of peace on earth. Jennifer Lopez sang a medley of ‘This Land Is Your Land,’ ‘America the Beautiful,’ and ‘Let’s Get Loud!’ while citing a part of the pledge of allegiance in Spanish. This was over the top and masterful. But young poet laureate Amanda Gorman probably stole the entire show when she interpreted her poem inspired by recent events and democracy… ‘A nation that isn’t broken but simply unfinished,’ she claimed.

This star power had to piss off the other side, everything appeared dignified, welcoming, thoughtful, and basically, everything that the MAGA culture hasn’t exhibited. Sure, all this display of unity and hope may have sounded a bit cheesy at times, too good to be true. How could we possibly talk about togetherness when we have never been so divided? How could we possibly mention unification when a civil war almost started 2 weeks ago? Still, host Tom Hanks was this familiar and comforting character, he just looked like home after a bad trip, and he certainly felt like any Tom Hanks movie.

All the songs were reflecting sentiments of hope, care, and comfort, from Bon Jovi who awkwardly chose to perform Harrison’s ‘Here Comes the Sun,’ to Justin Timberlake and Ant Clemons who sang ‘Better days’ with a Gospel Black chorus, to John Legend literally singing ‘Feelin’ Good,’ to Demi Lovato doing a soothing dancefloor version of Bill Withers’ ‘Lovely Day,’ to the Foo Fighters dedicating ‘Times like These’ to teachers. It was an overdose of good feelings for everyone, for people of all avenues, but after four years of horror, it didn’t even seem an exaggeration. only Dave Grohl’s ungroomed long hair brought us right back to the reality of our long lockdown.

It was a spectacle focused on decency, goodness, dignity, kindness, all over the country, from lemonade stands to hospitals to NASA crew, working very hard at inclusiveness and togetherness, with a touch of classic (Yo-Yo Ma playing ‘Amazing Grace’ on cello), of soulful newcomers (Black Pumas) and even country music (Tyler Hubbard and Tim McGraw).

The grand finale with Katy Perry performing ‘Firework’ during a very impressive fireworks display was the perfect finale for the inauguration of Joe Biden, it worked, and I don’t even like Katy Perry. Joe and Jill Biden watching the spectacle from a balcony over the secured city, was the synonym of renewed hope, a victory of hope over cynicism for the entire country.

So now what? A large part of the country still believes in crazy conspiracy theories, millions of voters still believe Trump’s false claims of election fraud and Q-Anon nonsense. Will this star-studded celebration be enough? Certainly not, but remember, they only have Kid Rock.