The Immediate Family Celebrates New York and The East Coast

Modern day rock royalty “The Immediate Family” will be appearing at Adler Hall at the New York Society of Ethical Culture on Saturday November 20th, 2021, with special guest Willie Nile. All with careers threatening the longevity of the Queen of England herself “The Immediate Family” is composed of the best, the most recorded, and the most respected musicians on the planet derived from the iconic studio session band known as “The Section.”

“The Immediate Family” goes beyond the ordinary. They are about recognizing their own divinity and about understanding something inside themselves that’s calls them to an enforced visit to an imaginary realm. The band orgasmically captures the essence of a kaleidoscopic vibrancy. Some use the word legend to describe the band and its members, but the word legends evokes a fantasy, a tale, a fable conjured up out of the air. “The Immediate Family“ is something real, a truth that is as tangible as flesh. 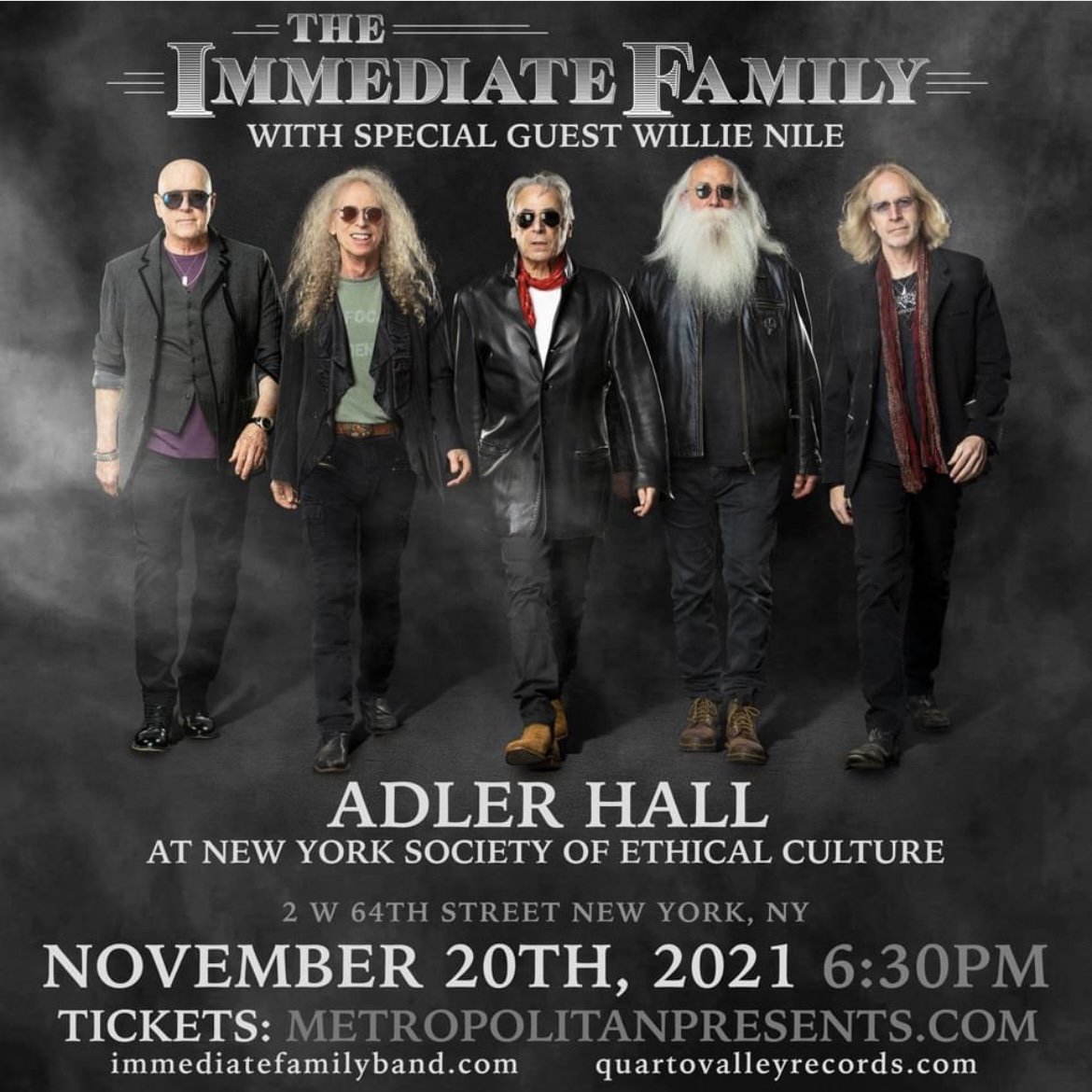 The band will also be appearing at Wall Street Theater in Norwalk Ct. on Nov.16th, Tupelo Music Hall in NH on November 18th, and Ardmore Music Hall on November 21st. What is a cluster of notes all clinging together in the middle of the heavens?  The Immediate Family……

Get your tickets for the Adler Hall performance at the New York Society Of Ethical Culture on November 20th, 2021 at 6:30 PM here:

The Official Website for The Immediate Family may be found at https://www.immediatefamilyband.com