The Hip Hop World Is A Large Graveyard 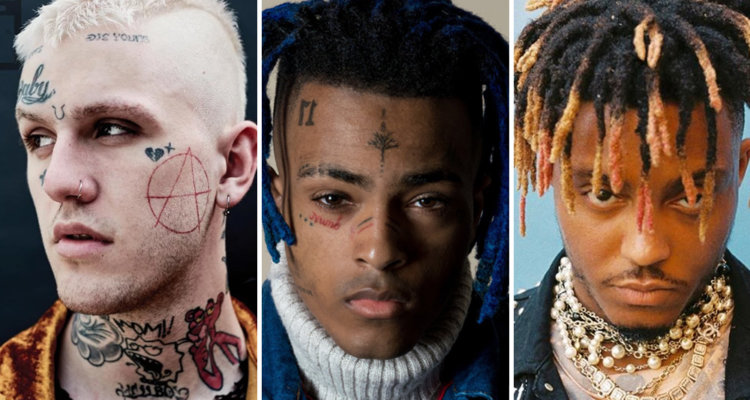 Lil Peep, XXXTentatacion, and Juice Wrld are all dead: hip hop world is a large graveyard

The recent deaths of rapper DMX and Black Rob at the respective ages of 50 and 51 reminded me how many hip hop artists have died at a young age.

If 50 is still damn young for dying, in terms of rap life, it’s unfortunately quite old and even an exception; many rappers do not reach DMX’s age in the US. How is it possible?

It is simply astonishing, in an extremely bad way, the hip hop world is a large graveyard. A 2015 study had already established that a lot of rappers had been murdered as homicide is the cause of 51% of deaths in rap musicians and 51.5% of deaths for hip hop musicians: in comparison, homicide represented only 2-10% of deaths for other genres of music.

This page gives the list of deceased hip hop artists since the late ‘80s and it is insanely long. I don’t think it has been recently updated because the most recent deaths are not reported, so I added a few names, thanks to this Wikipedia page and this Guardian article

The complete file represents 282 men who were shot, stabbed, murdered, have died of car accidents, drug overdoses, suicides, or even freak accidents, and the large majority of them were in their 20s or 30s.

The graph below compares the statistics for major causes of death for rappers with the US male population (CDC data), a fitting comparison since all these rappers were males. There is an obvious excess of homicide among hip hop and rap artists, while drug overdoses are not even a significant leading cause of death in the general population, despite the opioid epidemic.

The causes of death are multiple, whether they are due to drug use or have ties to gang affiliation and endless wars between rival rap schools. The history of rap is paved with many tombs and it doesn’t seem to stop. 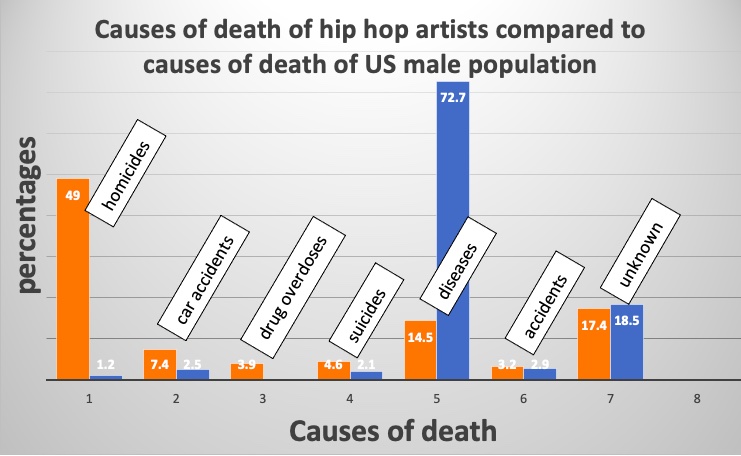