The Greatest Song Of The 1950s Revealed 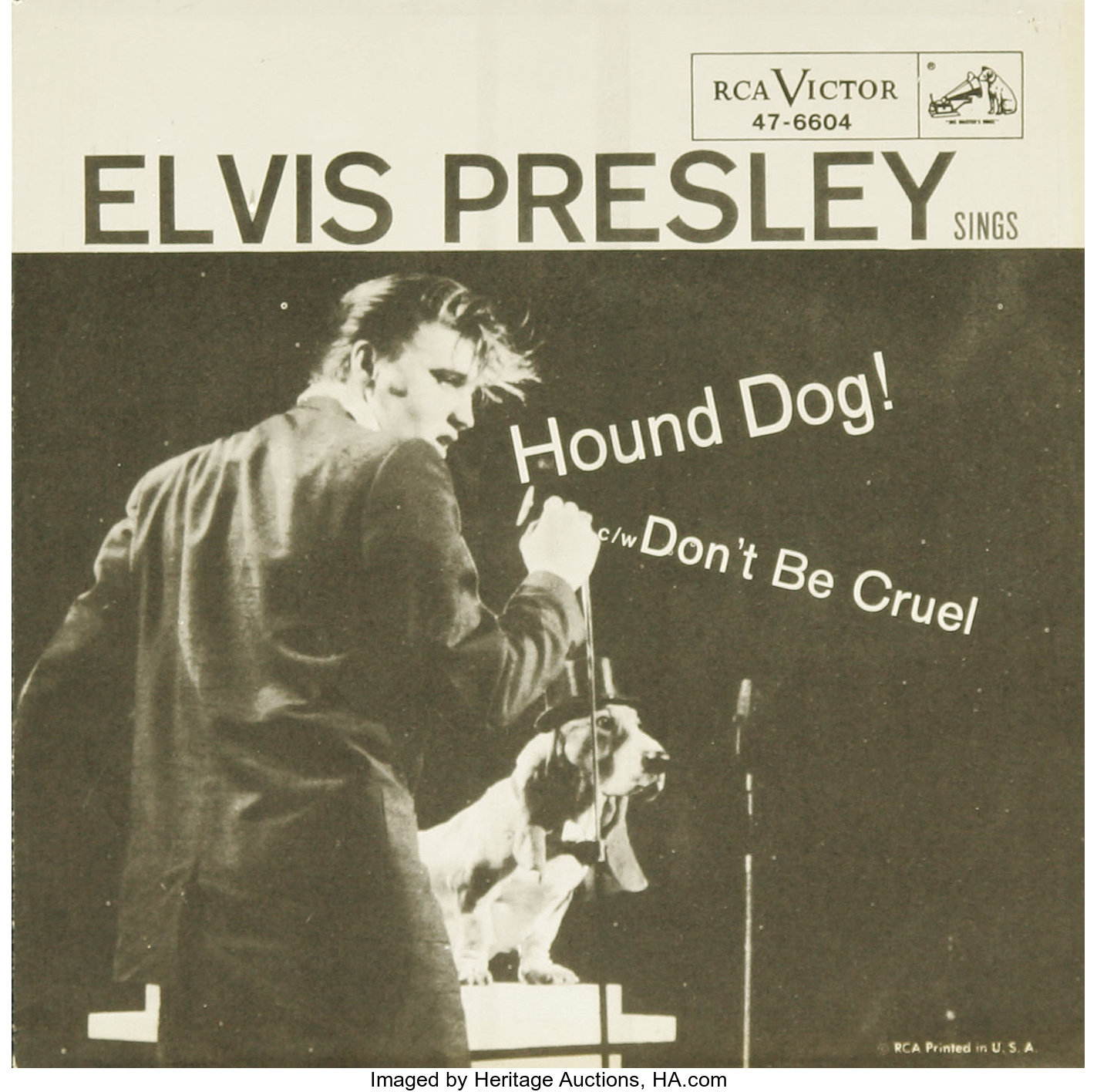 (The only thing we dislike about Steve Crawford’s “Greatest Songs” Series has been their conclusion, which leaves something of a hole till Steve gears up and does it again. Even as we are running out of decades, and even as I know the great writer has something else he is working on. Here is the greatest song of the 1950s and while some might think it belongs to “Johnny B. Goode,” I agree with Crawford, Elvis ushered in the post-WW2 generation, those that fought to bring us into the present day and a future of love and peace and failed. Here is the starting gun -IL)

Jerry Lieber and Mike Stoller, one of the most important songwriting teams in pop music history, were mere teenagers when they wrote “Hound Dog,” specifically penned for southern blues artist Willie Mae “Big Mama” Thornton. Thornton’s growling vocal and the lyrics about sexual politics had an immediate impact. The song was a #1 R&B hit and the Rufus Thomas answer song “Bear Cat” was released only two weeks after “Hound Dog” hit the market. “Hound Dog” was so popular that at least ten other artists covered the song before Presley’s 1956 release.

Presley’s take was less overtly sexual, but captured an electrifying rock ‘n’ roll spirit. Released as the flip side of “Don’t Be Cruel,” “Hound Dog” was another hat trick for Elvis – #1 pop, #1 R&B, and #1 country.

Author Patrick Humphries: “Even now, nearly half a century on, ‘Hound Dog’ still sounds thrilling – the combination of Elvis’ raucous vocal, Scotty Moore’s electric guitar and D.J. Fontana’s machine-gun drumming made sure of that. The symbolism was clear. Elvis was the harbinger of something wild.”

Mike Stoller’s reaction to the Elvis version: “I was disappointed. It just sounded terribly nervous, too fast, too white. But you know, after it sold seven or eight million records it started to sound better.”