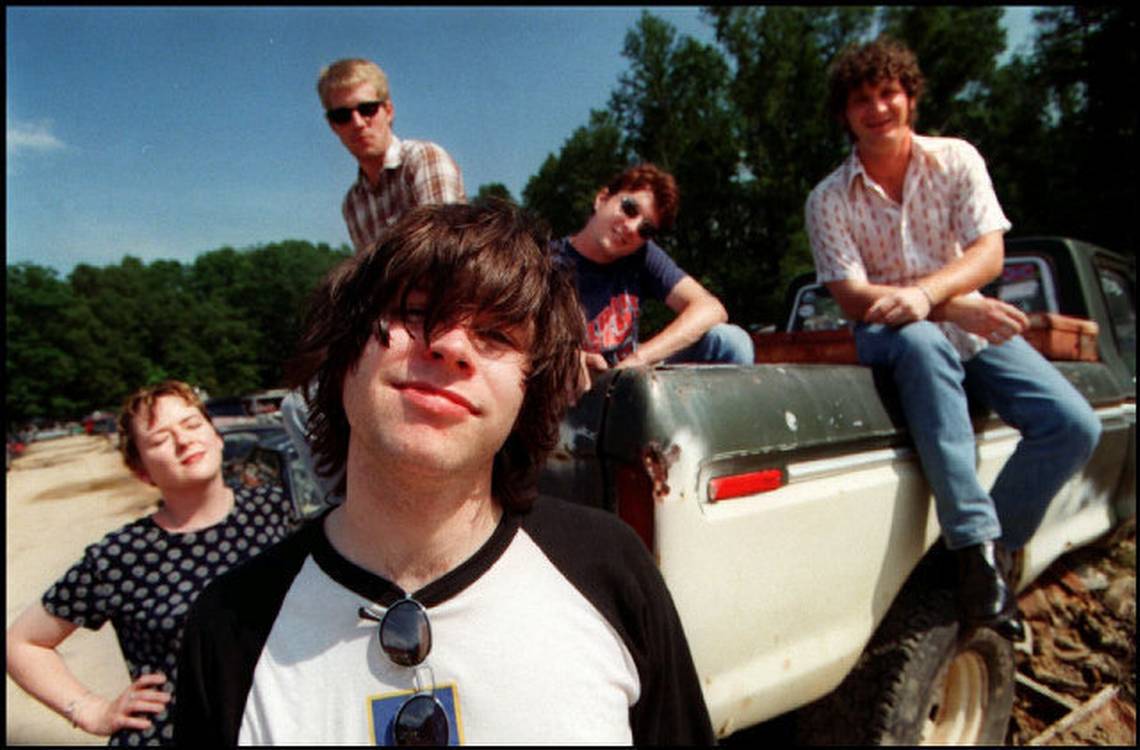 340. “Cowboy,” Kid Rock. Songwriters: R. J. Ritchie, Matthew Shafer, James Trombly, John Travis; #82 pop; 1999. Sure, it’s hard to take Kid Rock seriously – a rich kid who acts like he lives in a trailer park with the grease ball look of the guy who operates the Ferris wheel at the county fair. However, just because something is crass doesn’t mean it’s unappealing and at least he wants to start an escort service for all the right reasons on “Cowboy.” Chaz Kangas of the Village Voice, “Yes, he looked like the coolest, richest meth dealer you’ve ever seen, but in the Clinton era when your most viable pop stars were pristine teen-pop sensations, raucous nu-metal antagonists or alternative-to-alternative-to-alternative rock weirdos, Rock stood alone. It’s been a surprising 15 years since, but ‘Cowboy’ remains one track from this era that’s timeless without even trying to be.” Now, excuse me, while I wash that dude right out of my hair.

339. “Just Call Me Lonesome,” Radney Foster. Songwriters: Radney Foster, George Ducas; #10 country; 1992. In the world of country music, the song title “Just Call Me Lonesome” was first used in a Rex Griffin composition that Eddy Arnold took to #2 on the country charts in 1955. That weeper was later covered by Wanda Jackson, Jim Reeves, Dave Dudley, Elvis Presley, and many others. Radney Foster released a different song titled “Just Call Me Lonesome” in 1992, one that he co-wrote with George Ducas who had his own Top Ten hit in 1995 with “Lipstick Promises.” Foster’s “Just Call Me Lonesome” sounds so much like Dwight Yoakam that a Google search will auto-populate Yoakam’s name against the song, even though he never recorded it. Foster on the similarities, “I think it was mostly because of the Bakersfield shuffle, and he owned so much of that real estate, so to speak. I was writing with George Ducas, and just really trying to figure out how to write something that Harlan Howard would have written, or Ray Price, or Buck Owens would have sung.”

338. “Jump,” Kriss Kross. Songwriters: Jermaine Dupri, Berry Gordy, Freddie Perre, Alphonzo Mizel, lDeke Richards, Leroy “Sugarfoot” Bonner, Marshall Jones, Ralph Middlebrooks, Walter Morrison, Norman Napier, Andrew Noland, Marvin Pierce, Gregory Webster, Roy Hammond; #1 pop/#2 R&B; 1992. Chris “Mac Daddy” Kelly and Chris “Daddy Mac” Smith were a 12/13 year old rap duo who were discovered in an Atlanta mall by producer Jermaine Dupri and had a debut #1 single with “Jump,” a bubblegum rap hit hooked by a sample from “I Want You Back” by the Jackson 5. James Bernard of Entertainment Weekly, “Play the group’s hyperactive platinum single ‘Jump’ at any party and watch the floors quake. To their credit, the two rappers don’t rely on their production team’s musical prowess. Smith and Kelly grip their microphones with so much confidence that if they didn’t sound so youthful, you might forget they’re just barely out of grade school.” In the “Jump” pantheon, not as good as Van Halen’s or the Stones’ “Jumpin’ Jack Flash,” better than House of Pain’s “Jump Around” and Destiny Child’s “Jumpin’ Jumpin’.”

337. “Windfall,” Son Volt. Songwriter: Jay Farrar; Did Not Chart; 1995. After the breakup of Uncle Tupelo, alt-country icon Jeff Tweedy founded Wilco and Jay Farrar continued his career in music with the lower profile Son Volt. “Windfall,” the lead track from their debut album, is about that blissful state of driving with no worries and with good music transporting you to another dimension. Farrar, “I was doing that drive from New Orleans north, and a lot of times I would check in with AM radio, where you could find a lot more varied musical palette. They would play a lot of classic country, so when I was driving, I would listen in and hear Buck Owens and George Jones and Merle Haggard. That’s the aesthetic I was going for, trying to incorporate some of that instrumentation – acoustic guitar and fiddle.” Or, as the song says, may the wind take your troubles away.

336. “Epic,” Faith No More. Songwriters: Mike Patton, Billy Gould, Jim Martin, Roddy Bottum, Mike Bordin; #9 pop; 1990. Faith No More formed in the Bay Area in 1979 and had their only significant pop success with “Epic,” a combination of metal and rap that was launched into the mainstream via a popular literal fish-out-of-water MTV video. Rich Hobson from Louder Sound, “’Epic’ sees the band firing on all cylinders, mixing ultra-heavy funk, spat verses and an anthemic chorus that feels somewhat incongruous with the band’s experiences; they wanted it all and had it.” Singer Mike Patton boiling down his inspiration for the lyrics and the reason for hard rock in general, “It was about sexual frustration. Sex and lack of sex.”

335. “Via Chicago,” Wilco. Songwriters: Jay Bennett, Jeff Tweedy; Did Not Chart; 1999. “Via Chicago,” which begins with the statement, “I dreamed about killing you again last night,” is an ode to Chi-Town wrapped in a murder ballad. Sam Goldner of Spin, ignoring the violence, “’Via Chicago’ is the closest Tweedy has ever come to writing a shoutout track to his adopted city, but of course in his hands it’s more of a free-flowing Dada soup than a Midwestern rallying cry. What starts as a lilting folk strummer slowly devolves into a somber melange of mutated guitar squeaks and jazzy drum fills, but after drifting through this fantasia for long enough, Tweedy caps it off with a simple admission: ‘I’m coming home.’”

334. “Tempted,” Marty Stuart. Songwriters: Marty Stuart, Paul Kennerley; #5 country; 1991. A child prodigy, Marty Stuart escaped from Philadelphia, Mississippi at the age of fourteen, getting a regular gig as a member of Lester Flatt’s backing band. He was a member of Johnny Cash’s band during the early 1980s, then received his first major label deal in 1986. A diminutive, strutting peacock of a man, Stuart had his brief time as a solo star in the early 1990s, having six Top Ten hits between 1990 and 1992, two of those being duets with Travis Tritt. “Tempted,” Stuart’s biggest solo hit, was penned by the singer with Paul Kennerley, who was married to Emmylou Harris at the time. Although not produced with a retro style, the record sounds like Buddy Holly chords paired with Roy Orbison production values. Stuart didn’t hide the influences, stating years later, “I heard it the first time on the radio when I was in Lubbock, Texas, which was Buddy Holly’s hometown. I’d gone to the local station to do a radio interview to promote the show that evening. And I said, would you do me a favor? And I handed him a test pressing of the song “Tempted,” – and the record company didn’t think it was a single – I said, would you play this for me so I could hear it in the car on the way back to the hotel? And he did and when he got through, he said, I believe that’s a hit song and I think Buddy Holly would be proud to endorse that song himself.”

333. “One to Another,” The Charlatans. Songwriters: Martin Blunt, Jon Brookes, Tim Burgess, Mark Collins, Rob Collins; Did Not Chart; 1996. “One to Another” is another example of the combination of traditional hard rock with dance beats that the U.K. loved in the 1990s. Tom Rowlands of the Chemical Brothers provided the drum loops and the song was released shortly after the death of keyboardist Rob Collins in a car accident. Charlatans singer Tim Burgess on this U.K. #3 pop hit, “I thought it was our ‘Love Will Tear Us Apart.’ I felt it was part of that club, of deaths that put a myth around a record. And I wanted to make sure that we kept Rob’s name alive.” Author Andrew D. Sweeney, reviewing the “Tellin’ Stories” album, “The magnificent, crashing, tumbling ‘One to Another,; one of The Charlatans’ finest moments, upstages everything else and provides a high point on ‘Tellin’ Stories’ that is difficult to equal.”

332. “Dancing with the Women at the Bar,” Whiskeytown. Songwriter: Ryan Adams; Did Not Chart; 1997. Whiskeytown was the alt-country act that Ryan Adams fronted from 1994 to 2000, before starting his successful solo career. On “Dancing with the Women at the Bar,” Adams hits the nightlife to find his love, just like his father did, but seems completely resigned to romantic failure. Author Michael Heatley, “Dancing” seemed very autobiographical in its lyric, and was certainly the most impressive narrative on the ‘Strangers Almanac’ album.’ Adams, ‘It’s almost like hearing someone read pages for a diary, it can be semi-embarrassing…that’s part of the reason we beat it up with trashy guitars.’”

331. “Reminds Me of You,” Van Morrison. Songwriter: Van Morrison; Did Not Chart; 1999. “Reminds Me of You” is a slow, bluesy number about heartbreak, reportedly written after a breakup in his personal life. Author Donald Brown, “’Reminds Me of You’ features some truly lovely Hammond organ work by Geraint Watkins. It also features backing vocals, by Brian Kennedy, that create an interesting double vocal in which Van’s almost heartbroken tone gets matched by a voice less shaken by feeling. Then there’s Pee Wee Ellis’s sax adding fills that are a bit breezy. It all adds up to a song that is laced with melancholy and a sense of past mistakes and misfortunes, and, maybe, a trust in a fulfillment to come, but that is also aware of joy, a tense, fitfully aware realization that keeps dawning and dimming. ‘Everything I do reminds me of you.’ The memory is better than nothing.”