The Future Of Concerts And Festivals: The Pro And The Anti Vaccines 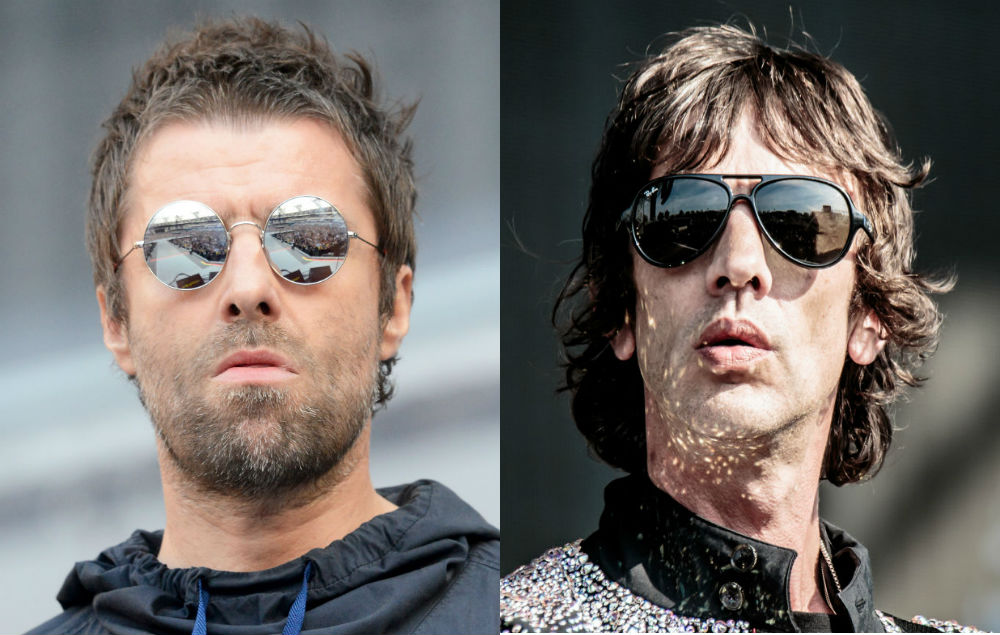 Noel Gallagher and Richard Ashcroft: What is the future of concerts and festivals?

Like many other aspects of our lives, our relationship with people has been affected by the COVID-19 crisis, but the pandemic has also transformed the way we feel about a lot of musicians. I certainly don’t need to agree on every point with the artists I see in concert, but it’s difficult to comprehend the conspiratorial paranoia revealed by the health crisis and the excessive reaction when it comes to vaccination and COVID testing.

Richard Ashcroft has announced that he has pulled out of the Tramlines festival, a UK fest that will occur in late July. He should have been the headliner and Supergrass is taking his spot, but this is what he posted on Instagram:

‘Apologies to my fans for any disappointment but the festival was informed over 10 days ago that I wouldn’t be playing once it had become part of a government testing program. I had informed my agent months ago I wouldn’t be playing concerts with restrictions The status of the festival was one thing when I signed up for it, but, sadly was forced to become something else. It must be an age thing but the words Government Experiment and Festival 😂😂😂#naturalrebel #theydontownme RA’

Ashcroft is simply complaining about the usual conditions of a festival during a pandemic. However, it’s interesting to note that vaccination is not an obligation as festival-goers will only need to prove a recent negative COVID result or, of course, proof of two vaccination doses received at least 14 days before, while no mask or social distancing are required. So is he over-reacting? What Ashcroft calls ‘a government testing program’ is also alluding to the government’s research program, which monitors the transmission of Covid among attendees. He makes it looks like some kind of scientific experiment, but it is simply a safety precaution: if people are either vaccinated or COVID-negative the risks are very low

Musician Joseph Arthur applauded him, and looking at his IG posts, it is absolutely not surprising. He is one of these people who believes that ‘Health doesn’t come in experimental shots’ and even though he admits having lost friends and management over his beliefs, his page is a blend of prayers (Arthur is a die-hard Christian) and conspiracy theories.

A few months ago, Ian Brown also announced he was also pulling out of the Neighborhood Weekender that he was supposed to headline in May. Unsurprisingly, this was for the same reason: ‘My Saturday night headline show at NHBD Weekender Festival will now not happen! I refuse to accept vaccination proof as a condition of entry. Refunds are available. X.’ This was something to expect from the Stone Roses man who has had an anti-science position all pandemic-long.

Last year, Noel Gallagher said in a podcast he was refusing to wear a mask, complaining about our ‘fucking liberties being taken away from us’…

And is it even necessary to add that Morrissey’s views are not very far from those of these English gentlemen? His comments ‘on the COVID society’ in his last interview are very much in line with Ashcroft’s or Gallagher’s, as he complains about the restriction of our freedom. Cruel World festival, which he is headlining next year, doesn’t require vaccination but strongly recommends it, so I guess we are fine, but I can’t wait to hear his rants during the festival.

After Van Morrison and Eric Clapton’s anti-vaccination positions, I thought such views were essentially corresponding to a certain age group, but Ashcroft and Arthur are only 49, and Gallagher 54. Meanwhile, on the other side of the Atlantic, a lot of hip-hop artists also have problems with vaccination, from Freddie Gibbs to Juicy J, to plenty of other acts (Offset, Migos, NLE Choppa, Royce da 5’9″…). So what does it say about the future of concerts and festivals?

Plenty of artists want their life back, they want to be able to perform again, safely, in front of a vaccinated crowd. If in California, the percentage of fully vaccinated people is close to 50%, it’s only 37% in Georgia and Tennessee, which means that we are so far from herd immunity. I have been to some small shows lately, the LA scene is starting to wake up slowly, but the larger venues are not open yet, and all this still seems too fragile. People are not wearing masks indoors anymore, but it’s impossible to know if they are all vaccinated. Probably not. COVID has changed a lot of things, it has changed our perception of some musicians, and plenty of them are just conspiratorial, uneducated, and honestly plain self-centered. These people simply slow down and even jeopardize our chances to go back to normal, and the future of concerts and festivals cannot be a segregation between the vaccinated and the non-vaccinated.