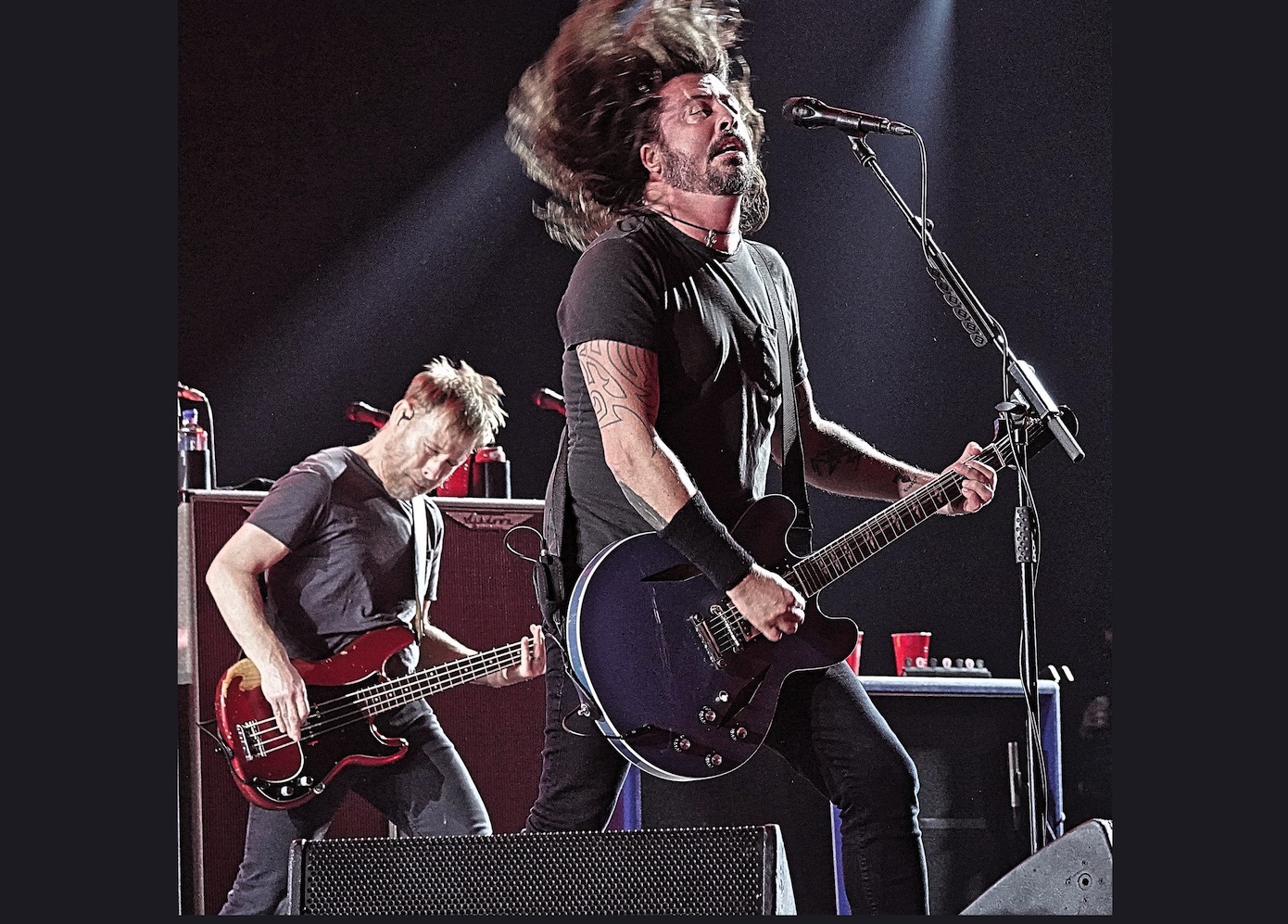 The Foo Fighters are for the fully-vaccinated

As a warm-up for their big return at the Madison Square Garden on June 20th, the Foo Fighters are playing a secret show at the Canyon Club in Agoura Hills on June 15th. It’s a small club, specializing in tribute band shows, with a capacity of 1000, but reduced to 600 because of the COVID restrictions, and you had to wake up very early if you wanted to get a ticket. They went on sale this morning, and it was an in-person sale deal only. In the social media comments, I read that it didn’t take long. What a surprise! ‘Sold out. They let 300 people in the door at 7:00 am,’ someone wrote. I bet the scene was a mess, I have seen a similar circus when the Stones announced a show at the Echoplex, but it’s a good deal for the locals, who could get (and camp) there very early and buy a ticket, or probably 2, the limit imposed by the flyer. It’s always a special treat to see your favorite band in an intimate place, and I would have taken a chance and driven to Agoura Hills at dawn if Radiohead, for example, had announced a similar gig. But for the Foo Fighters?

When a small-venue opportunity arrives, it is always frustrating for fans, so many were probably left out without a ticket this morning. However, there was another problem that made some fans quite furious: This is a fully-vaccinated-only show, and people have to show full proof of vaccination and must have been vaccinated for at least 14 days to be able to buy tickets. I wonder whether you had to provide 2 vaccination cards if you were buying two tickets? That would be logical, and they will probably ask again for the cards at the entrance of the venue, on the day of the show.

This is exactly the same deal for the Foo’s Madison Garden show, fans will have to show full proof of vaccination to attend the gig, and this makes complete sense to me.

I ventured a bit among the social media comments, and, as expected, it was a terrible sight. Here are a few examples of the worst comments:

‘such as shame but just shows true colours. Won’t let in people not jabbed for what basically kills as much as flu’ … ‘Grohl is fully on board with this vaccine apartheid’ …’ What interests me: I’m convinced there are people at the top playing a game with the goal to vaccinate everyone (for many possible reasons ranging from deranged to sinister). But what do people like Dave Grohl get out of it? Are they paid, or is it misguided social conscience.’ … ‘They should be prosecuted for DISCRIMINATION’ … ‘I was a huge fan till I heard that.. now can’t listen to them anymore.. same with Pearl Jam’… ‘Had the same feeling about Springsteen who’s doing a Springsteen on Broadway run but only if you’re vaxxed. Shame on him and Dave Grohl’ … ‘Rock bands used to be the counter culture’ … ‘They were poseurs all along, deal with the ‘devil’ to make them famous, now calling in their favors’ … ‘Pharma can’t advertise this genocide in a vial, so they find celebs willing to take dirty money to push the agenda.’… ‘If you go onto Spotify, you can click an option to not play this artist again. Done’… ‘This is so disappointing. He acts like a rebel but he’s a totally obedient conformist. I bet Kurt would have been on the other side of things.’

Oh, I bet not! Kurt was a smart guy. Anyway, it goes on and on and these idiots are basically regurgitating the same crap we have heard during all pandemic-long. Agoura Hills is a very conservative area, which doesn’t help.

This is one of the first concerts announced by a big act and I am wondering whether it’s gonna be the same stupid reaction for every concert in the next months, the same idiots complaining they can’t go and canceling the act because they practice ‘discrimination’ or ‘are fully on board with the CDC’s plan’? I thought these people were against cancel culture, but they don’t hesitate to practice it in this case. Anyway, this is great news for us, fully-vaccinated people, let’s continue to piss off the misguided, and let’s attend concerts safely. Not getting vaccinated is not a rebellious act, it just increases your chance to die sooner because ‘99.75 percent of the patients this year who had to be hospitalized, sick with COVID, were not fully vaccinated.’ This is just a fact, however, these people have lost connections with facts a long time ago.