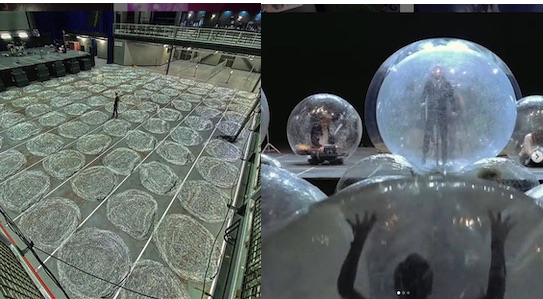 The Flaming Lips have a concert idea

The Flaming Lips are always here to boost your mood, and we need them more than ever: they are planning to play a very safe and unusual concert at a moment when everybody is missing live events so badly. Frontman Wayne Coyne is the perfect man for the situation as he has a solid reputation of performing inside a giant bubble, surfing the crowd like a hamster inside a plastic wheel, for everyone’s greatest joy.performing. Well, this hermetic plastic bubble he is well known for could be the solution to our current problem.

The Flaming Lips have a concert idea inspired by their favorite stunt. According to Brooklyn Vegan, they want to repeat the experiment they tried on TV shows like Fallon and Colbert, and they are planning a concert in their hometown of Oklahoma City where everyone in the audience will be trapped inside a giant bubble. That was a vision that Wayne had in mind for a long time, actually, as soon as the COVID-19 crisis hit: ‘I mean, it seems absurd, but we at first were just doing it as not a joke, but just as a kind of funny thing, and now it’s becoming kind of serious and real,’ Wayne told Brooklyn Vegan. ‘We’re starting to get ready to do an actual show where yeah, there’s three people in each of these space bubbles, and we play… We think maybe playing two shows a night, and getting a big audience in there each time.’

Absurd or not, Wayne posted a photo on his Instagram a few days ago, showing a stage and flat bubbles spaced out on the floor of a mysterious venue. ‘The place that we’re at the moment, it holds almost 4,000 people, but it only holds a hundred space bubbles,’ Wayne said to BV. ‘So it’s a lot of space in there. You fill them up and people can be in them for quite a while. I don’t think people quite realize that. Since we have some here, we’ve played with them and messed with them for quite a while. I mean, even back in 2006, I would get in one of the space bubbles at the end of our big Halloween parade here, and I would walk down the street for almost an hour in one. Yeah. You know what I mean? It holds a lot of air. I mean, you can be in there for quite a while. I just don’t think people quite realize what it is as a mechanism. But we’ve just messed with them for so long, we kind of know that it can all work and how it can work and all that.’ I was wondering about that, how long can you breathe once inside these things? But Wayne has a long experience with giant bubbles…

The logistics of the concert have still to be sorted out, people would probably arrive separately and would enter the bubbles one by one, but it’s still a challenge. ‘We don’t want this to be [a super spreader event] like that Smash Mouth [concert],’ added Wayne. ‘We want this to be safe and a great experience. Those are the things the venue is allowing us to set up so we can start to figure out how it will work. The part about playing in the bubble, we already have down. It’s how we get the crowd in and out without cross-contamination that we need to figure out, but they’re giving us a few weeks in this venue to figure it out.’

We just know one thing, the concert for a few hundred lucky fans will happen after the election.

‘It’s a bizarre situation for sure,’ Wayne said. ‘I mean, I’m not suggesting the whole world should do it this way. I’m just saying the Flaming Lips can try it this way, and if you like our music, you can come to see us. You’ll have to be in one of these space bubbles, but maybe that’ll be a good thing.’

The situation has been very bizarre for a few months, and this is a success, I am begging Wayne to repeat the experiment all across the USA. 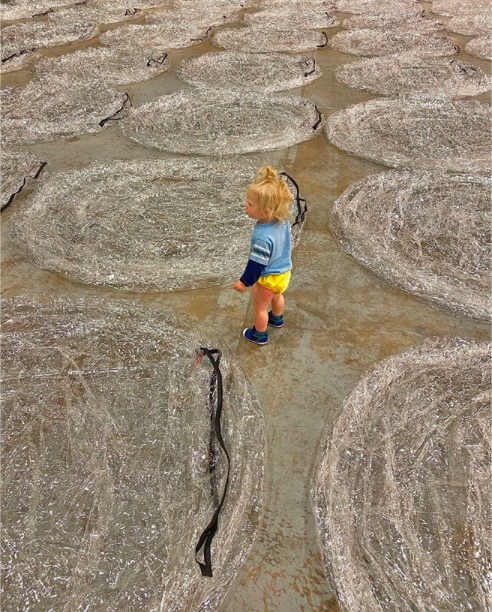