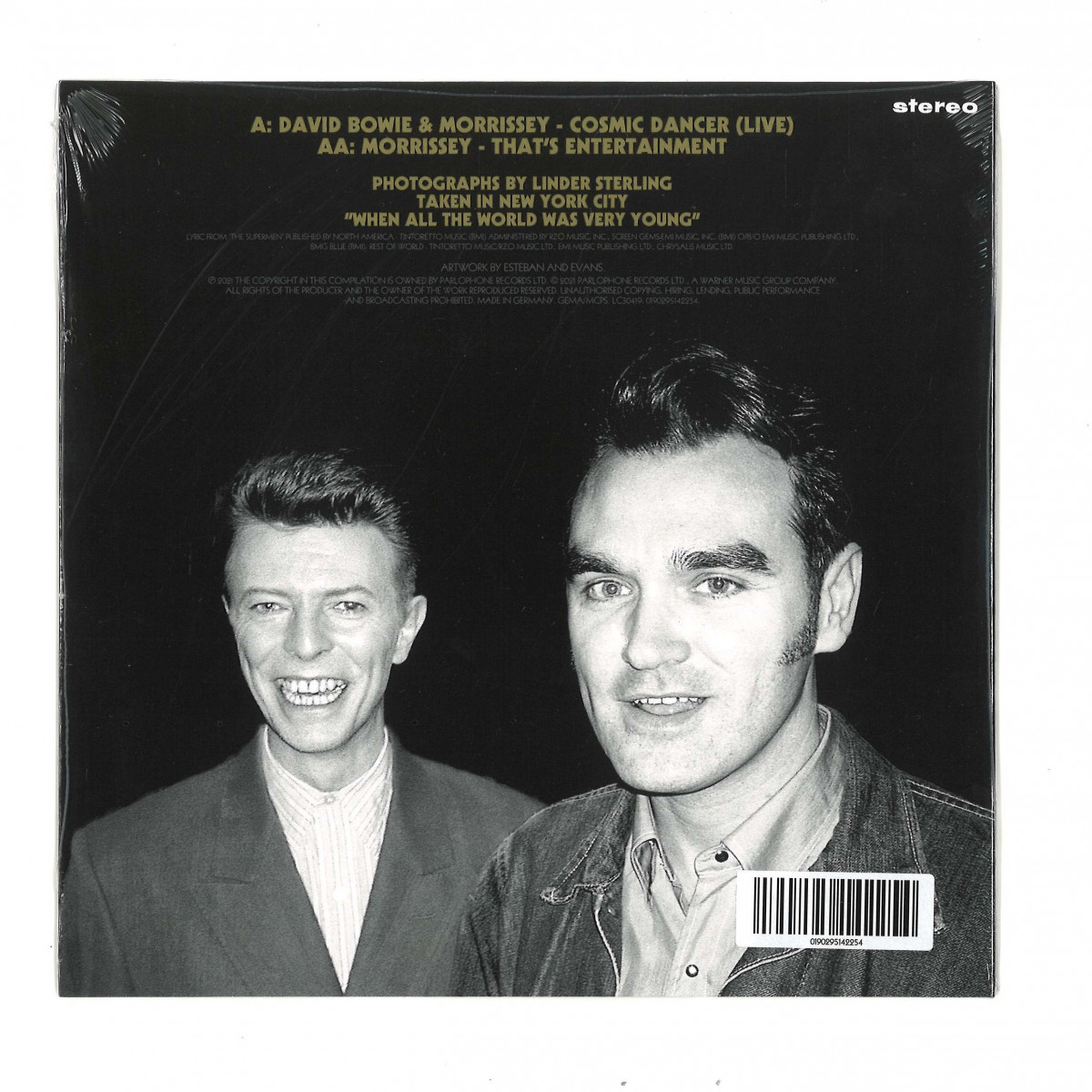 Yes, we remain fans despite Morrissey being quite confidently noted as a nutcase, so whenever he drops a song it is worth your while. Moz released his duet with David Bowie of T-Rex’s “Cosmic Dancer”  dating from 1991 last November, and follows it up with his re-recorded take on his 1991 B Side status cover of The Jam’s “That’s Entertainment. Pretty darn good with what I believe is an original bridge , the “that’s in the name…” part (Grade: B+).

Staying with singles, 24Goldn gets a sugar sweet rush on “3,2,1”  which could also hit big given the momentum of “Mood” (as an aside, did you notice how big Lil Tjay’s “Calling My Phone” got?) (Grade: B), Chris Brown has a remix of his Young Thug featured “Go Crazy” with a jump on from Future (Grade: B+), Syd, the leader of The Internet, has grown into a very competent songwriter on the gorgeous and soulful “Missing Out” (Grade: A-). I am happy Willie Nelson  is still around if only because I want the one who wrote Patsy Cline’s biggest hit to be here, on the Kern-Hammerstein chestnut “I won’t Dance” he is joined by Diana Krall (Grade: B).

Over at albums, The Hold Steady’s eighth effort is a typical collection of grifters and losers, Open Door Policy, was  reviewed earlier today (here) (Grade: B)  David Gray’s Skellig is another sterling collection of ultra refined folk bummers by the best UK singer songwriter not named James Blake (Grade: B+), released last week just before Valentine’s Day, the Rod Stewart compilation of love songs, Cupid,  is absolutely fine, so don’t struggle because nothing’s  gonna stop us now (Grade: B), Adir L.C.’s brilliant “Major Label debut” isn’t included on this four song EP with the ludicrously clever title Future, Tense, and for a singer songwriter the man plays with format and instrumentation, leaving you flat footed when the horns roar in on “Chipped Checkered Wall,” Adir is a seriously gifted songwriter but is it enough? (Grade: A-), Ariana Grande’s Positions is a seriously great pop album that has improved since last October, it isn’t thank you, next, but it is the next best thing and the addition of a major remix and two other songs  on the deluxe only helps (Grade: A-),  rock nyc long time favorite is all Lael Neale all the time on her Sub Pop Americana debut, she uses a major minor label to do what she always does on the beautifully name Acquainted With Night (Grade: B+).

Finally, kudos to Kelly Price -she moves so effortlessly between soul and Gospel and on her gorgeous new single “Grace” on her third, and best, single since 2014, she does it again (Grade: B+)

Acquainted with Night – Lael Neale – B+