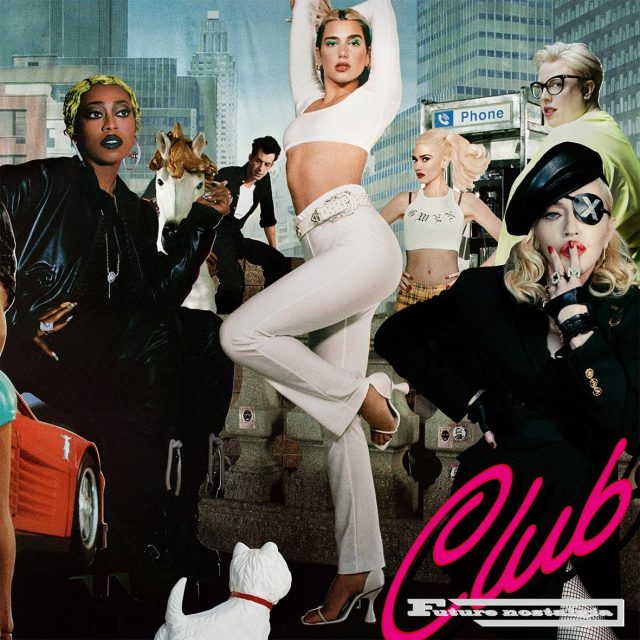 When Elvis Costello met and married Diana Krall, back in 2003, all we got was North (a reference to Diana’s beloved Canada), a tribute to his blonde and beautiful jazz pianist wife, and the dazzling duo palling around with Elton John. Their one major collaboration, Diana’s 2004 The Girl in the Other Room was a failure without dishonor. Today’s  releases are not  collaborations but it can hardly be coincide that they simultaneously dropped singles. For Costello, “We Are All Cowards Now” is the third  and the final, and the best single, from his recording sessions in Finland, it reminds me of “Pills And Soap” as in a jagged bad mood piece, though Costello has spent his entire career bemoaning the state of the world so what’s new here? He needed a more memorable tune (surely one of his great gifts), but it is still a powerful post-punk weirdness (Grade: B). Diana Krall first covered Irving Berlin’s “How Deep Is The Ocean” in 1997, and returns to it with a late night, blues and smooth jazz rendition now, from her upcoming album. The problem is, the melody is indelible and she steps on it. But that’s the only problem (Grade: B).

Over at albums, Beck has a fascinating mix and match with NASA (read about it here) on a reboot of last years album, now known as Hyperspace (2020), at the time the album left me cold, on a return some of it is better than I gave him credit for, all electronica and ambient redux, St. Vincent’s remix of “Uneventful Days” is a must hear (Grade: B-). Kathleen Edwards returns from an long sojourn running a coffee shop in Ottowa, returns with a typical sounding Edwards singer songwriter stroke Total Freedom, a strong collection eight years after she dropped out; Kathleen is a tough minded woman and these guitar tracks are a study of romance doing what it tends to do with her, going wrong (Grade: B).  The day David Bowie received the Commandeurs of the Ordre des Arts et des Lettres, he also performed a concert promoting the dreaded …hours, and it is alright, cool to hear the 1966 “Can’t Help Thinking About Me”  (Bowie: “It’s nice, it’s fast, it is nice…”) . The final of three live album his estate has chosen to release, and probably the best (Grade: B). I mostly know Bruce Hornsby as a touring member of the Grateful Dead and found his collected recordings a whole lot boring. That is, till last years reboot which was good, and now his Non-Secure Connection, as the world continues to glom on Big Red Machine (pace: Taylor Swift), Justin Vernon co-produced Bruce and it has a lot of that electronica dazed sound (Grade: B-). I  already wrote about  Gloria Estefan’s BRAZIL305 (here), a wonderful set of Estefan hits, deep cuts, and new songs with a full Brazilian orchestra (Grade: A-), Jazz guitarist Bill Frisell’s first recording with his trio,  featuring bassist Thomas Morgan and drummer Rudy Royston, is a low key and beautiful jazz recording topped by a sublime “We Shall Overcome” (Grade: B+).

Back at singles, “Laugh Now Cry Later”  is Drake’s first drop from his upcoming album (not the mixtape we got earlier this year), and it is a big sounding track with horns like heralding angels, and a self portrait of success featuring  Lil Durk (Grade: A-). From the eagerly anticipated remix of her Future Nostalgia album, Dua Lipa’s “Levitating” is a disco dance party with Missy Elliott AND Madonna, Madonna does the remixing, Missy steals it with ease (Grade: B+). The second song off the real follow up to Carrie And Lowell “Video Games”, is Sufjan Stevens best work in five years and finally finds a great use for his brooding, synthesized ambient moods (Grade: B+). Bully are one of the best indie rock bands around, and all three songs off the next album are at least very good, including the fuzzed guitar sound confessional “Prism” (Grade: B+). And finally, after years of putzing around with half formed experimentals, Miley is all the way back with “Midnight Sky,” a pure disco follow up to “Wrecking Ball” and welcome (Grade: B+)

How Deep Is The Ocean – Diana Krall – B

We Are All Cowards Now – Elvis Costello – B