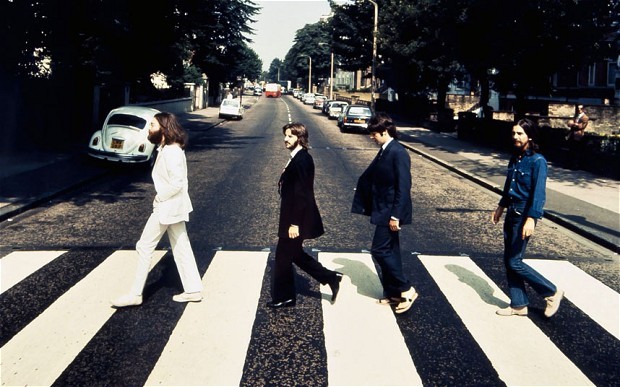 As Dylan nearly once put it, the past is always close at hand, as proven by two box sets released today, The Replacement’s Dean Man’s Pop and The Beatles Abbey Road  Super Deluxe Edition. There is only one way to grade the Beatles and that is on a curve. On a curve, the Super deluxe is a B+, against the rest of the world it is an A+ because IT’S THE BEATLES. Giles Martins seems to be messing with the drums a little (which makes sense) on the 2019 mixes, and, much as you could hope for, he causes no harm. The best stuff?  a McCartney song “Goodbye,” that is news to me, “The Ballad Of John And Yoko” with George and Ringo on it (they aren’t on the finished single), and a killer “Old Brown Shoe”. Plus, listen to the best sixteen minutes of your life (“The Long One”) (Grade: A+).

My good friend, Creem Editor Bill Holdship is a huge friend and fan of The Replacements, but me? Not so much. So the box set edition of Don’t Tell A Soul, Dead Man’s Pop,  arrives to a nonbeliever with a shrug for no good reason though. The original version was sweetened as The Replacements neared new pop heaven, Matt Wallace’s mix strips it bare and finds a not untypical Replacements album along with the Bearsville Studio mix, demos, and five tracks with Tom Waits. There is also a full 1989 concert, better than either of the two I’ve seen , including a terrific “Alex Chilton”(Grade: B+).

Over at singles: last night Tomas Doncker rolled out a version of “Fun City” that speeds it up and ties it to its ultimately funkiness back drop at Kings Theatre, changing into a self-assured set closer and a raucous dance track, the single has just been released (Grade: A-) Boys Noize is a top DJ but Francis And The Lights can slow anything to a snooze and “Why Not?” is a complete dog tech blah (Grade: C+). Meghan Trainor does a credible version of Friends theme “I’ll Be There For You” though the 808 is obstructionalist (Grade: B). Kacey Musgraves has, baffingly, never released her “Burn One With John Prine” so it is left to roots rocker Roger Harvey to un-twang it and provide a more than credible take (Grade: A-). Lo fi indie Girl Samia does a more than credible version of Liz Phair’s “Never Said” (Grade: B+). Christina Aguilera is in great vocal form on the plodding EDM blues  “Haunted Heart” (Grade: B-) . ELO are releasing their second album in five years (ie: prolific for Jeff) with the over arranged “From Out Of Nowhere” (Grade: B-). Why did H.E.R. let YG get away with “I need my bitch in an apron, booty all out cookin’ bacon,” on the otherwise excellent “Slide” neo-R&B (Grade: B+).

Back to albums, I don’t see what Kristin Chenoweth called her new MOR covers album, For The Girls,  I mean sure Linda covered “It Doesn’t Matter Anymore” but it still belongs to Buddy. Anyhow, you get songs made famous by  Barbra Streisand, Whitney Houston (with Dolly Parton so guess which song), Carole King, and Judy Garland, pleasant but way too tasteful (Grade: B-). Sturgill won a lotta, LOTTA brownie points opening for John Prine last year, but the blues root SOUND & FURY takes em back (Grade: C+). Pitbull does well by his father, who saved 548 Cuban refugees during the 1980 Mariel Boatlift, on the banging Libertad 545 (Grade: B).

Anything else? The new Kanye West still hasn’t dropped.

For The Girls – Kristin Chenoweth – B-

I’ll Be There For You – Meghan Trainor – B

Burn One with John Prine – A-

Dead Man’s Pop – The Replacements – B+