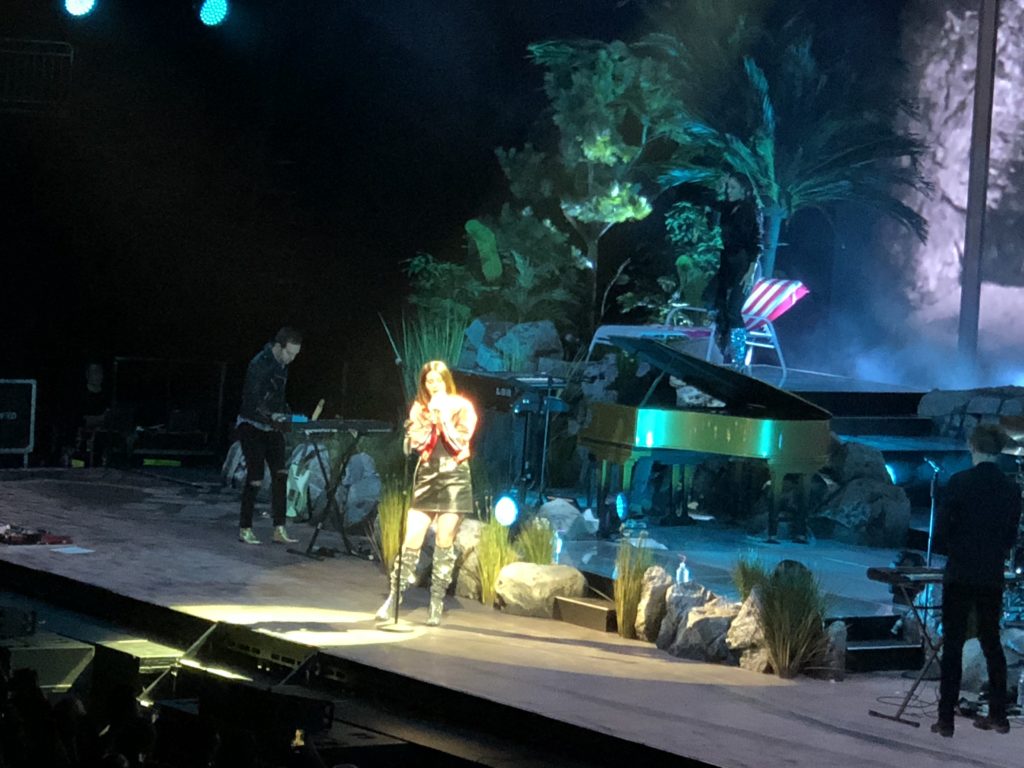 Nobody can be too surprised that Fucking Norman Rockwell is a masterpiece, once Lana Del Rey figured out how to perform on stage (here) the final part of the puzzle fitted in and everything she has done has been immaculate classic rock as bummer ambient sad songs, and the 67 minute Fucking Norman Rockwell is the best so far, an immaculate series of September songs for lovers and losers. With Jack Antonoff doing his best (co)production work since Lorde, NFR is a flawless work (Grade: A). The other major release is neo-R&B great H.E.R. -as good on stage as she is on record and with her second release, where the hip hop production carries an Erykah Badu vibe with less emphasis on jazz, her best work to date (Grade: A-).

Past those two major releases, Sheryl Crow throws everybody from Willie Nelson to Chuck D to Jason Isbell (on the abysmal Dylan cover, “Everything Is Broken”) on what she promises to be her last album Threads, a terrible set of originals and covers, with only “Beware Of Darkness” surviving (lest we forget, she is the woman who got an early shot at “Mississippi” and blew it), good taste pop for people with no taste at all (Grade: C-). Everybody I know, and many people I don’t, adored the Broadway Moulin Rouge! The Musical, I loathed it (here) but prefer it on record than on stage, here I found myself chuckling from time to time at some of the first act antics, try “The Sparkling Diamond” (Grade: C-). I never despised Tool, which is the least  I can say about their grand return to recording after thirteen years, Fear Inoculum,  try the gargantuan “7empest” (Grade: B). If you have Apple Music, try the Apple Series “Up Next” Live From Apple Piazza Liberty, a terrific live sampler from Bad Bunny (my live review from earlier this year, (here), the thing about Bad Bunny is that a lot of his work is featured so it makes more sense to release a liver where he can get his musical themes under control (Grade: A-).

Over at singles: Pusha T’s Kanye West produced “Coming Home” is a terrific new soul rebel greatness, and Lauryn’s best work since you know when (Grade: A), I swear Post Malone is a modern day Kid Rock, veering between white boy tropes and hip hop addiction, on “Circles” an EDM ballad trips him up on “Circles” (Grade: C+). Out of a Swedish prison and into a great beat bottomed track, A$AP Rocky returns with “Babushka Boi, and is way too arty for a single (Grade: C+). And three dogs before we roll it up, Chrissie Hynde’s pointless cover of the Kink’s “No Return” (Grade: C), Miranda Lambert’s less than amusing (with well overexposed Maren Morris’) “Way Too Pretty for Prison” (Grade: C), and nicest guy whose music physically nauseates me, James Blunt’s “Cold” (Grade: D)

Up Next” Live From Apple Piazza Liberty – Bad Bunny – A-