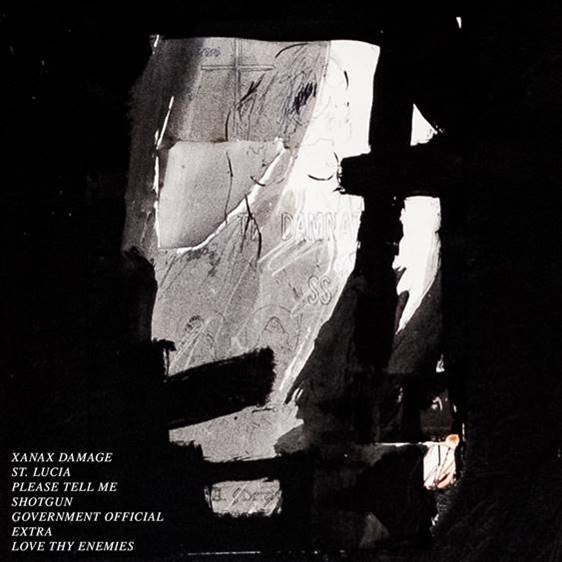 January’s The Wizrd was Future’s artistry on display though it got a little lost in the shuffle, let’s hope the same isn’t true for one of his great releases, the seven song EP Save Me, an instant masterpiece of drug abuse, women abuse, and, God knows, self-abuse, seeped in cough medicine and downers, Future is singing from the deepest well of depression, so deep it sounds like bragging, this is what we need from Future, he is killing himself for our sins (Grade: A-).

After a quiet year for country, summer starts with a pop: Luke Combs new EP, The Prequel, begins with the brilliant  “Beer Never Broke My Heart,” already a hit, but “Refrigerator Door” has no reason not follow it up the charts (Grade: B+). If ever a band had every right to make bucks on their catalog, Lone Justice Does., though omitting “Ways To Be Wicked” finds Maria McKee as contrarian on Live At The Palomino, 1983 (Grade: B). The thing about Randy Newman is that he can sing the most pathos filled stuff ever in a voice that drips in insincerity, he can get away with anything,  “The Ballad of the Lonesome Cowboy” -from “Toy Story 4,” would have been hysterical if Randy sang it, but isn’t bad at all by Chris Stapleton (Grade: B). It is always excellent to hear from Tanya Tucker, and Trisha Yearwood for that matter, Tanya’s first single  in seventeen years is the excellent “The Wheels Of Laredo” C&W story song (Grade: B+). Trisha Yearwood’s “Every Girl In This Town,” from her first album of new material since 2007, is a strong country rocker (Grade: B).

The new Peter Perrett, Humanworld, is more doomed romanticism from the best purveyor of doomed romance, I wasn’t crazy about the singles leading up, but ithe album is excellent (Grade: B+). Speaking of doomed romantics, Asbury Park’s Rick Barry’s, delicate and sweeping  A Sunk Cost Fallacy and the Enduring Mirage is filled with the smallest of details to enrich his melodic, depressing lovelorn heartaches with literateness to spare, which is just about what you’d expect from a man whose second best song is called “Bury Me” (Grade: B+).

More big releases for you. “Sucker” was a good song, and a deserved hit, the album doesn’t quite maintain it, soon morphing into a Max Martin world: songs constructed by the likes of Max and  Greg Kurstin, the entire thing produced by Ryan Tedder, insures a generic but not unpleasant hit machine with Happiness Begins (Grade: B-). Santana immerses themselves in world music on this interesting without being thrilling Africa Speaks (Grade: B-). After Avicii’s tragic suicide, his friends and family have remained as true as they can to his legacy on the EDM pop Tim (Grade: B-).

Finally, for the first time, well, for the first time ever, I’ve passed on the 148 song deluxe, $80,  and gone with The Rolling Thunder Revue: The 1975 Live Recordings (Sampler). The question remains, how long can you buy the same songs… I’ve got a feeling I’ll weaken soon enough  and the answer will be forever but TILL THEN… that is a fascinatingly angry still take on  “The Lonesome Death Of Hattie Carroll” and the “Isis” is blueprint -honestly, I have a sense that it will all make much more sense deluxe… the problem with the Dylan samplers is simple: they aren’t long enough to make their point (Grade: B)

A Sunk Cost Fallacy and the Enduring Mirage – Rick Barry – B+

The Wheels Of Laredo – Tanya Tucker – B+

Every Girl In This Town – Trisha Yearwood – B