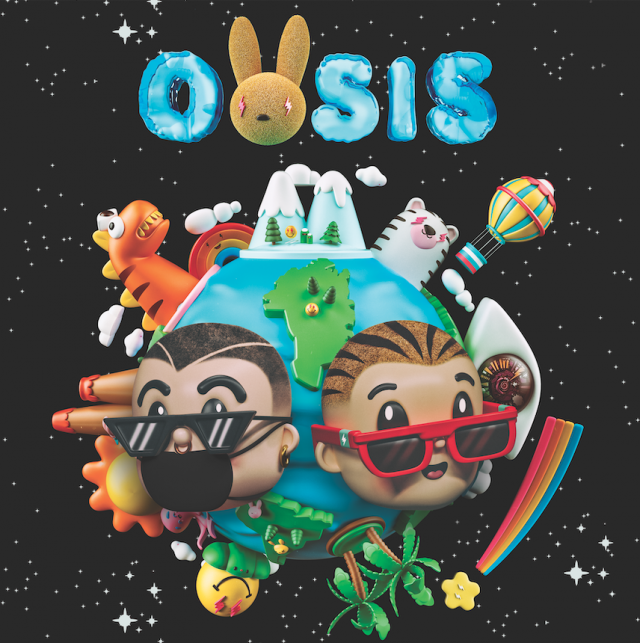 Chance The Rappers’ two mixtapes, 10 Days (Grade: B+) and the sublime Acid Rap (Grade: A) arrive on streaming services, just to remind you that Coloring Book wasn’t much of a leap forward. I saw J Balvin and Bad Bunny perform together a coupla years ago at United Palace and they both improved with proximity, so, except for the surprise drop, it isn’t a shocker that their new album, the aptly named Oasis, is better than their two recent releases, all out banger after all out banger, it is where Reggaeton meets trap and everything improves vastly (Grade: A-). I was a little surprised by the new Chris Brown, though singles had heralded the arrival of Indigo. The title track is one of his best songs in years, and putting it at the top of the two and a half behemoth, means it won’t get lost in the shuffle of mediocrity (Grade: C+).

Over at the singles, Lucy Dacus’s well played song to, maybe celebrate is the wrong word, Independence Day “Forever AT Half Mast” is a lovely, deeply ambiguous song, about citizens and their responsibility in a world where the USA is no longer the good guys (Grade: A-). Siverstein are my go to emo-rockers ever since their epochal cover of “Runaway,” “Burn It Down” is a brutal rocker and worth your time (Grade: B+) as is rock rap giants Prophets Of Rage’s “Made With Hate” -Chuck D and B Real trade verses, and lines, with venom and the lead guitarist is a nasty fucker (but you knew that) (Grade: B+). I in hardcore mode, Korn remain the par excellence industrialcore band on “You’ll Never Find Me” (Grade: B+). The second single off the upcoming album is the keeper, Liam Gallagher sounds like second tier Oasis on “The River” (Grade: B) .

There is no replacing the Allman Brothers, and the scion of the elders forming The Allman- Betts Band (the most interesting thing about them we will never be privy to, negotiations as to whose name went first) don’t come close, Devon and Duane are boring, soul drop painful, Southern boogie is meant to, you know, boogie, Down To The River is as bad as its title (Grade: C-). Thom Yorke’s ANIMA is his third great solo album, the take is that this daymare of electronic bad vibes is the one, but both of the previous albums were its equal. I am not mentioning Suspira for obvious reasons, but with the recent release of the OK Computer sessions and now this. Yorke called it the result of an extended period of anxiety -well, duh (Grade: B+). Finally, for today, if the Bowie estate is in the process of releasing all of his demos, deal me in. Following last week’s Spying In A Keyhole early takes, here is more; according to Consequence Of Sound, “six home demos Bowie recorded alongside John “Hutch” Hutchinson at the Clareville Grove flat the former lived in with his then girlfriend, Hermione Farthingale. (The three of them — Bowie, Hutch, and Farthingale — had performed together as Feathers.)…. I’d forgotten about “Let Me Sleep Next To You” (Grade: A-)

Acid Rap – Chance The Rapper – A

The River – Liam Gallagher – B

Made With Hate – Prophets Of Rage – B+

Burn It Down – Silverstein, Caleb Shomo – B+