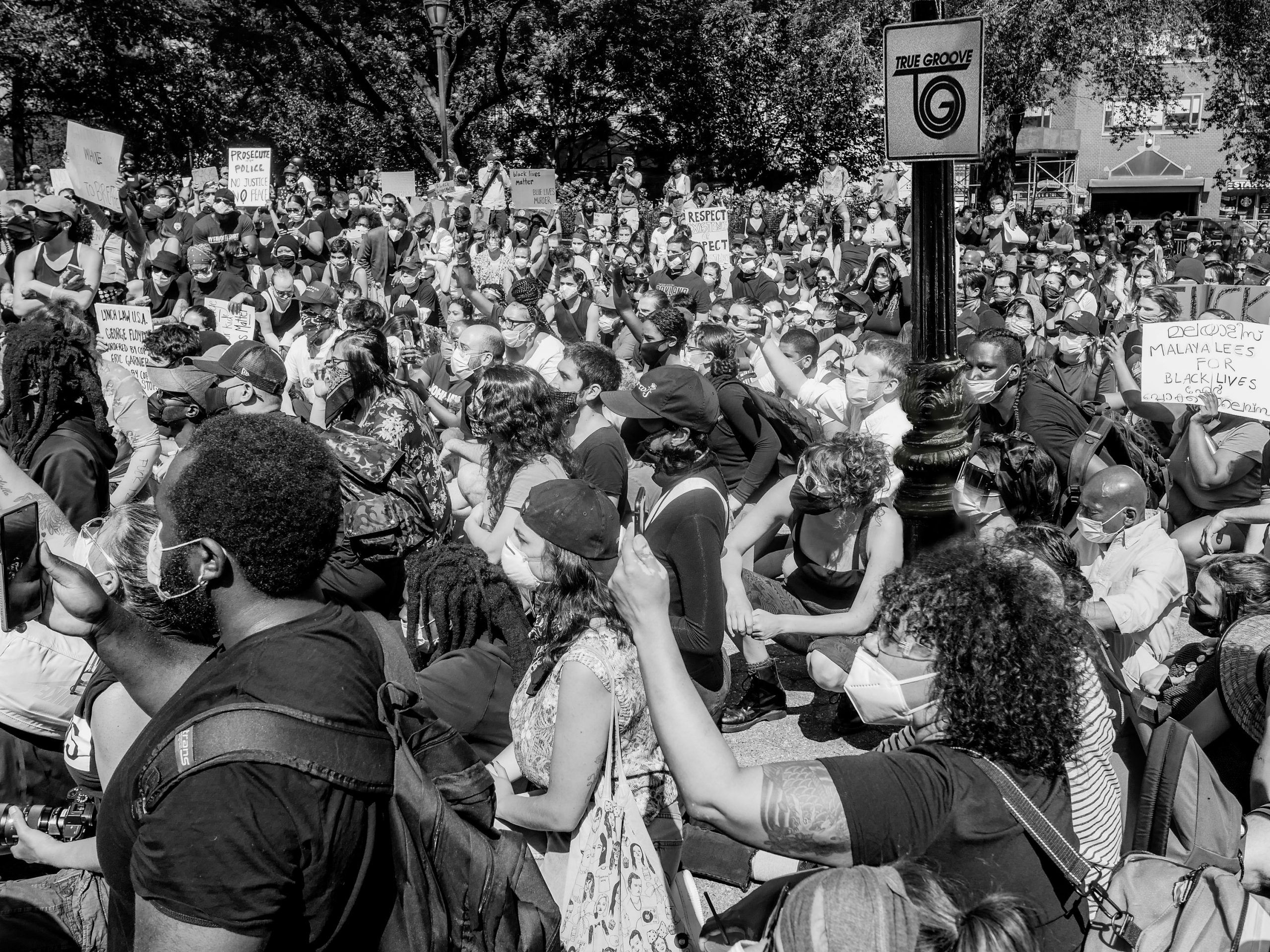 Happy Juneteenth, by this time next year it will be joining Martin Luther King’s Birthday as the only Statewide holiday specifically honoring people of color. Juneteenth is, of course, the celebration of the freeing of the last  African-Americans from slavery -slavery was a horror so complete that even empathy can’t help to imagine it. However, musically it is celebrated this week and first by Tomas Doncker And The True Groove Allstars, whose 2015 agitprop masterpiece The Mess We Made was prescient and fitting and before its time, and whose reboot Trapped… In The Mess We Made is completely of the moment: a funk and hip hop mesh that remixes and rethinks the originals sound of the streets with harder beats, featured artists that includes 1/2 Pint and Son Of Bazerk, and the blues great Regina Bonelli. At least two major reconcepting, the title track and “Time Will Tell/Demons,” as well as the Public Enemy styled “Skin In The Game” making it onto the album, and “How Long” off the deluxe version. If #BLM is of the moment, Trapped is the album it deserves (Grade: A).

We will return to Juneteenth releases, but Bob Dylan’s first album  of original material since 2012, Rough and Rowdy Ways is also his best since 2006. His power of melody is waning and his voice is more an acquired taste than ever, but this bluesy and moving meditation on death and Dylan is worthy of a recipient of the Nobel Prize for Literature. The problem is, it is still missing that song, certainly the JFK kaleidoscopic horror show “Murder Most Foul” isn’t it. Tempest sunk on bad songs heavied up towards the end with “Roll On, Johnny” and the title track but there isn’t a “Modern Roman Kings” or “Duquesne Whistle” on Rowdy so it is easier to admire and, indeed, be overwhelmed by Dylan’s words on an album that begins “todya, tomorrow and yesterday too, the flowers are dying like all things too” than the songs as songs. Dylan is nearly 80 years old (Grade: A-).

Can we not say Urban anymore? As a catechism for black, it still wasn’t a catechism for soul while remaining a handy hip hop reference point. How else to discuss modern Latin-Trap and reggaeton without Latino-Urbano? Be that as it may, Teyana Taylor has been insisting that Kanye West botched 2018’s K.T.S.E., without proving it on The Album, a sprawling modern urban pop and soul 23 song collection clocking in at 77 minutes, and while it is great the way Beyonce’s Lemonade was great, she overstays her welcome. Though with Ms. Lauryn Hill featured on “We Got Love” perhaps Teyana is integrating a difference reference point.  “Boomin” featuring  Missy Elliott and Future is a first rate banger, and “Made It” is a Kanye West leftover (Grade: A-).

Meanwhile, on the singles beat J. Cole finds the terrific rapper fucking up big time where he turns on neo-R&B jazz singer Noname for being more woke than he will ever be on the hugely missing point “Snow On Tha Bluff ” which rhymes with “not doing enough”. Noname responded by, essentially, telling him to get a grip with the jazz flicked “Song 33” on which she claims to be the new vanguard and you’d be hard pressed not to agree (Grade: B+). Where is Kendrick Lamar? Where is SZA? Well, here is H.E.R. on “I Can’t Breath”:

“Equality is walking without intuition
Saying the protector and the killer is wearing the same uniform
The revolution is not televised
Media perception is forced down the throats of closed minds
So it’s lies in the headlines
And generations of supremacy resulting in your ignorant, privileged eyes”

It is tough to hear but worth saying, I just wish the song was a little better, protest, anger and art walk hand in hand for sure, not for everything. There is nothing harder in song than moral indignation, H.E.R. approaches it (Grade: B+). I’ve disliked Alicia Keys for so long it comes as easy as streaming, which doesn’t mean her songwriting isn’t improving  and “Perfect Way To Die” is a heartbreaker sang as a mother whose child has just been murdered by the police, the subject is so maudlin the sparse piano ballad could have been a a doggerel dire drag, but her tune is strong and the song stands up as a song (Grade: B+). Anderson. Paak’s “Lockdown” is a strong and thumping hip hop track about Covid 19 and the riots brought together  (Grade: B). so now we know, 6ix9ine has a unique blast of a sound, somewhere between teen jerk and adult jerk, but it was bound to get old and “TROLLZ” got old and Nicki needs to stop slumming and regain her crown (Grade: C+). Gregory Isaacs, the jazzy American Standard man, hasn’t had new material in four years and “Mister Holland” is a beautiful mix of jazz and soul with a great sax solo on the bridge (Grade: B+) .

Lamb Of God seemed to have their eyes on Metallica’s crown since I saw LOG wipe the floor with em at MSG in 2009 (here) but it is hard to really access because LOG haven’t released a new album in five years, and because the bowels of hell vocals, however great, means they are closer to metalcore than metal and Metallica are metal. Still, their eponymous new album is a contender for sure, we had already heard “Memento Mori” so we knew it was gonna be something and something is what it is, a blistering, all out attack on your eardrums anchored on song after song by a great drummer (Grade: A-).

And finally, there is no doubt that Punisher is superior to Stranger In The Alps, though she may never write anything as great as “Motion Sickness,” I count four of Phoebe Bridger’s  other best songs here. It doesn’t quite save her from being a crushing bore and what remains after you listen to her is the overwhelming urge to listen to Liz Phair (Grade: B-)

The Album – Teyana Taylor – A-