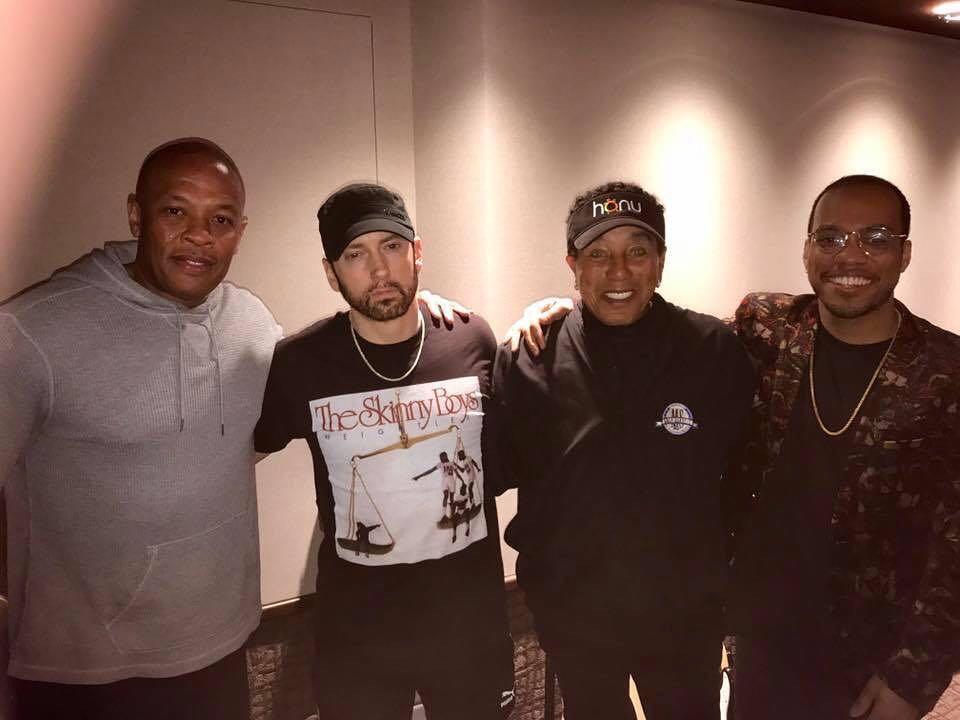 I give up on Anderson. Paak. Back in 2015, 2016, Paak in NXworries was the top of the neo-soul, neo-everything, r&b mainstreamer with Dr. Dre in his back pocket (and stealing the Straight Outta Compton album soon after), but live he got a little lax last year, Oxnard was a dog and sold like one, and worse of all, there is zero excuse for managing to get Smokey Robinson on your track and providing a soul song, “Make It Better,” so weak that Smokey would have shrugged it off back when the Miracle worker was still getting a job. It isn’t bad, but it isn’t good either, it is the sort of neo-soul that Sharon Jones sang better than she wrote, and yet another mammoth disappointment (Grade: C+).

Also overrated is former teen now early 20s sensation Khalid, his new album Free Spirit is pretty good  neo (not chill) r&b, and his voice is magnificent, but it isn’t his 2017 debut, American Teen. At nearly an hour in length it goes on for 37 minutes too long, and while the glorious intro “Intro” is worth a lot, the album just goes on and on and by the time John Mayer makes an appearance you are looking to be anywhere else. If you want a hook on a rap single, Khalid is perfect but he doesn’t have a changeup and tends to bore (Grade: B).

Still on albums, the new Dunn and Brooks Reboot is old hits with new country stars, and some good ones as well, Thomas Rhett, Luke Combs, Lanco -new school classicists. Best of all? “Neon Moon” with Kacey Musgraves (Grade: B+). What can you say about an album with a song called “Tammy Wynette Kind Of Pain”? You can say Reba McEntire pays it of on  her new album Stronger Than The Truth, her best this decade, and sure overblown but not awful (Grade: B). Master DJ Bassnectar was flirting with crossover in 2014, by 2019 he is a giant of house on the gargantuan bass drops and electronic zoomy synth bytes Reflective (Part 4) EP (Grade: B+).  A great live album from 1984, Madrid Memories features Johnny Thunders with Sylvain Sylvain and Jerry Nolan (where was Walter Lure?) Heartbreakers Reunion, filmed for a TV special, and Johnny sounds as great as he never did when I saw him on stage (Grade: B+). The best album of the week (so far…) is Toronto punk poppers Pup’s breakthrough Morbid Stuff -not musically as such, but in a sense of time and place, it reminds me of Fucked Up’s David Comes Alive, as though out of nowhere it just showed up and changed the conversation for the better (Grade: A-). Romeo Santos, King of Bachata, Utopia (closing with an Aventura reunion song) is livelier than usual (Grade: B-). I love every The Drums album (great live as well), and Brutalism is just as good, rock with a glammy Smithsy surf and turf vibe (Grade: B+).

Moving on to singles, Ariana Grande’s ode to bi-sexuality and pop hooks has an ease that is, essentially, unreal, continues her move into the history books with “Monopoly” (featuring her bff Victoria Monet), and it is the surest bet for a smash hit till Billie unleashes the video for “Bad Guy,” plus her song includes a gratuitous  but appreciated diss of Trump (Grade: A), I can’t see it not being huge. The new Bazzi, “Paradise” is Bazzi 101 -it sounds easy and is well sung, even when he pushes for notes he can’t hit (Grade: B). Man, I love Noname, and her new chill r&b plus jazz “Song 32”  is spoken word (or do I mean rap) with a sung chorus  brilliance (Grade: A-) . I was gonna review the two new Vampire Weekend songs “This Life” (Grade: B) and “Unbearably White (Grade: C), but why bother? Come home Rostam, all is forgiven. I prefer Jonas Brothers  “Cool” to “Sucker” (Grade: B). One more, DJ Deorro’s “Pica” features Elvis Crespo and resurrects my favorite Latin American sound of all time, Merengue, with the best of Merengue, former Grupo Mania Elvis Crespo, on board (Grade: A).

Stronger Than The Truth – Reba McEntire – B

This Life – Vampire Weekend – B