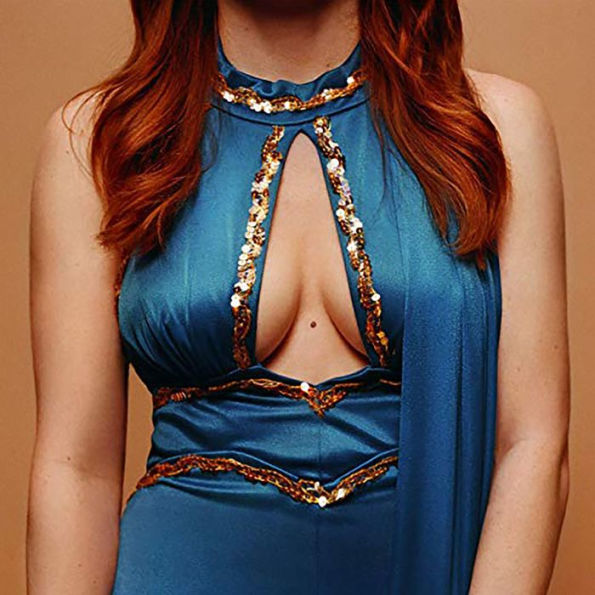 The third best album this year is another white woman, Jenny Lewis, who (though my opinion is in the minority), never quite got her Rilo Kiley skills back after the band break-up in 2007 (Rabbit Fur Coat coincided but even that isn’t as good). Now the passing of her mother, the end of a relationship, and a bright new beginning, has added to her concentration on On The Line, a superb collection of singer songwriter, mid tempo beauties, the skills here are enormous, her singing the best ever, maybe a touch too many featured musicians (blame Don Was)  but the three singles were fair warning it was gonna be good and once you get past em (they open On The Line),it just gets better (Grade: A-). The eagerly awaited new Tame Impala single “Patience” is also here, as they continue their morphing into a soul rock band, a sleepy track won’t break em any further (Grade: C+)

After last year’s plethora of new singles (I reviewed 50 and didn’t go all the way down), 3-22 is quieter. Why Don’t We are on the verge of being the new NSYNC and it doesn’t hurt that  every one of them looks like Michael Jackson’s best friend,  “I Don’t Belong In This Club” features Macklemore, with a surprisingly good verse (Grade: B). Logic’s jazzy “Confessions of a Dangerous Mind,” continues his move into top rapper category (Grade: B). Becky G follows-up her impeccable “LBD” and moves all the way from Latin to mainstream US pop with the lovely trap pop “Green Light Go,” and already vying for Ariana’s crown (Grade: A-). Carole King called Sara Bareilles her musical daughter, in which case Carole should disown her after the tedious, slow and boring “Saint Honesty” (Grade: C). Did you read how Adam Levine had Sublime With Rome perform at his birthday party? “Blackout” is awful modern rock with a touch of ska (Grade: C-).

On to albums and another week where we search for some real goodies and find averageness everywhere. Nav is signed to The Weeknd’s label, which explains why this not unpleasant autotuned album features Tesfaye, who also executive produced Bad Habits (Grade: B). Rich The Kid is a crown prince of Atlanta rap and this is mood trap with a background in smooth jazz (Grade: B).  Nobody considers The Healing Game one of Van Morrison’s masterpiece but this incredible  Deluxe triple makes a case for everyone being wrong, one part the album itself, one part outtakes, and one part concurrent live album, it is awesome (Grade: A-)  The terrible thing about listening to Madonna’s 30th Anniversary Life A Prayer release is it makes you wonder if everyone else in the world is overrated, even so this is a lame one, the album deserves a box set whistles and toots not a ten track run through (Grade: A-). As long as we are still in the 1980s, the only thing we can and hope and pray for the Netflix movie “The Dirt” is it doesn’t take Mötley Crüe, or hair metal at all, too seriously; the soundtrack is exactly what you think it is (Grade: B). With two songs going over the seven minute mark, American Football’s LP3 takes itself too seriously, but as emo goes, and as rock mood music goes, it is the best rock album of the year so,  and of American Football’s career (Grade: A-).

Everything else will have to wait but two more things. Lennon and Ono’s “The Wedding Album” is available on vinyl again and Beth Gibbons should see the light of day next week.

Confessions of a Dangerous Mind – Logic – B

The Dirt Soundtrack – Mötley Crüe – B

I Don’t Belong In This Club – Why Don’t We, Macklemore – B