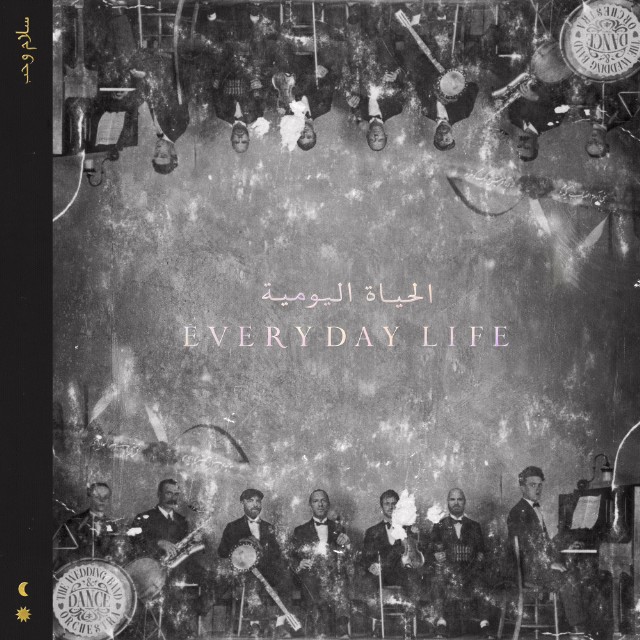 Neither ambition nor poetry is pretentious as such, but when Leonard Cohen tells us to listen to the hummingbird whose wings you can not see, the final, well, not song anyway, on the dreadful Thanks For The Dance, produced by posthumously by his son, the stench of self-importance might make you gag (Grade: C-) and if the thought of Coldplay singing about “Sunrise” to open the godawful Everyday Life, doesn’t have a sneer instantly on your face, the strings will… and what’s with the ARabic stuff? It sure don’t sound Middle Eastern (Grade: C-). Really, get over yourself. Instantly, their two worst albums.

Let’s avert our eyes, and listen to the first new Marshall Crenshaw release since 2015, “Misty Dreamer”. Written by Scottish singer songwriter Daniel Wylie it is a beautiful, guitar based pure pop track with a lovely guitar break and Marshall, sounding timeless, sings it very well (Grade: B+). Paul McCartney has two new songs, low key, melodic, minor without being “Fuh You” “Home Tonight” (Grade: C+) and “In A Hurry” -the latter includes an incredible bridge (Grade: B) -outtakes from Egypt Station. I thought we were getting the new Who album, instead we got another single, “I Don’t Wanna Get Wise,” the definition of a deep album track, with Pete still ruminating about his age, but not quite nailing it (Grade: B-).

Will Drake recover from being booed off stage? The thing about being laughed at is it strips your veneer of superstardom, not unlike Taylor Swift lying about Kanye West: your fragility shows you up as a braggadocio , and I know you think well duh but if you can do it, it ain’t bragging. Anyway, Drake’s Toronto buddies, OVO’s Partynextdoor has always been boring beyond belief  and, with Drake on “Loyal,” he is still mining low energy neo-r&b. Incidentally, I bet it hits big and Drake needs it, he should release a solo song asap (Grade: B-). Bad Bunny stopped being a surprise two years ago, his US trap revolutionizing of reggaeton is absolute, and “Vete” is a great song, the all bangers all the time Oasis started a strong year and here he ends well (Grade: B+).  U2 join A.R. Rahman on the beautiful “Ahimsa” which includes a better Bono vocal than on his last three albums, an astounding return to form (Grade: A-). I reviewed Kosa Nostra’s debut single yesterday, but it is worth repeating that Artur’s remix (aka “Heaven in Your Eyes: a Tribute to Greta Thunberg – King Artur” )is astonishing if only for the building up of the beats as the song trips and staggers itself into your subconscious (Grade: A-). As Ozzy Osbourne eyes the exit door, his second single “Straight To Hell” is as Sabbath-y as you could hope for, taken down a peg because of “I’ll make you scream, I’ll make you defecate” line  (Grade: B).

Back to albums, the Pharrell co-produced Hyperspace is a little better than the singles, over an album its disco veneer enlivens it,  to a degree (Grade: C+). There isn’t more than one  “I Don’t Drink Anymore” on Jason Aldean’s 9, but having said that it nearly has the consistency of the new Luke Combs,  and repays listening with good rockers and good ballads for country fans not to feel embarrassed about embracing (Grade: B+). Finally, amazingly enough I missed Van Morrison’s Three Chords And The Truth, and it is fine, present day Van. No longer the Celtic mood music of the late 1980s, this is closer to his 1990s run of albums, not Hymns To The Silence but as good as, say, The Healing Ground (Grade: B+)

Thanks For The Dance – Leonard Cohen – C-

Straight To Hell – Ozzy Osbourne – B

In A Hurry – Paul McCartney – B

Three Chords And The Truth – Van Morrison – B+