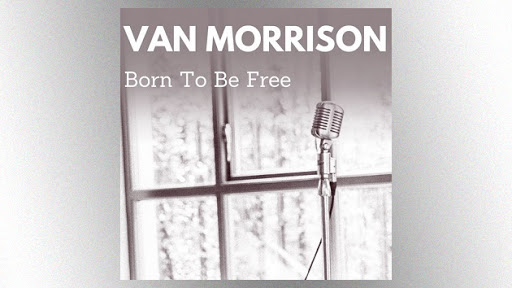 There is bad politics and then there is stupidity. Van Morrison joins Ian Brown in abject stupidity on his latest two singles, “As I Walked Out” and “Born To Be Free,” in which he considers wearing a mask to help prevent the continued spreading of Covid-19 an assault on his freedom. I very much enjoy both songs, the organ driven “Born To Be Free” and the celtic mindmeld “As I Walked Out” are beautifully sung and executed nonsense of a high order. It is unbelievable that any one could believe that Covid-19 is a hoax. You can’t get two countries to maintain a conspiracy, hell you can’t get one country, you can’t get two people to keep a conspiracy. The entire world didn’t pretend over a million people have died from the coronavirus, are not pretending that it passes from person to person in the air. On “Born To Be Free,” Morrison mistakes the UK and Irish governments’ ineptitude with conspiracy. There is a third song still be released. So the question is: does a stupid sentiment make a bad song? No It doesn’t …”As I Walked Out” (Grade: B+), “Born To Be Free” (Grade: B+).

Over to albums, I’ve already reviewed John Lennon’s Gimme Some Truth. Ultimate Mixes (here), 36 songs with vocal enhancement for what would have been his 80th birthday today (Grade: A). The Doors were one of the most vber/underrated bands of all time but whatever you think of them there is no complaining over their out and out greatest Morrison Hotel, a pop blues hugeness with a clutch of their greatest moments of all, and here they add studio outtakes and a towering cover of “Money (That’s What I Want)” as pure electric blues (Grade: A). Still in deluxe mode, I was never the fan of The Replacements I might have been (I disliked them on stage, which hurt my opinion) but their second best album was a must hear pop rocker which missed Bob Stinson but made up for it with a terrific collection of songs and Pleased To Meet Me (Deluxe Edition) adds more of the same with demos and rough mixes, no live tracks but a wild cover of “I Can Help” where they manage the groove with enormous credibility (Grade: A).

Staying with albums though not re-issues, UK grime never broke as well in the US as it deserved and that’s despite both Kanye West and Drake being advocates and the best new rapper of Pop Smoke adding it to drill. Headie One on his debut is a major move away from pure grime to a drill exponation. Headie One was released from prison in April and Edna (named for his late mother) is his first album (though there have been tons of mixtape). An excellent album of hard as nails drill, violent and strange and straight off the council estates in Tottenham, there are features by local hero Aitch, as well as Future and Drake (Grade: A-). Loudon Wainwright III’s American Songbook etude  I’d Rather Lead a Band is as strong as you can believe, Loudon’s natural jauntiness is tailor made for these swing classics and start right at the top with the wonderful “How I Love You (I’m Tellin’ the Birds, Tellin’ the Bees)” (Grade: B+).

Back at singles, how could Travis Scott make the stunning  “FRANCHISE” any better? He could add Future (Grade: A), Stevie Nicks’ thinks about where we are going  on “Show Them The Way” by studying where she dreams as she is overwhelmed by destiny on a strong protest number with a wonderful vocal that scrapes your emotional insides (Grade: B), now they are half dead and half deaf there was no reason to believe that AC/DC could maintain the DNA, but they do just that on the business as usual and business is good “Shot In The Dark” (Grade: A-), Anderson .Paak is born again as a  singles releaser, “JEWELZ” is a terrific Paak riding a Timbaland beat  for two great singles in a row (Grade: B+).

Finally, there are bands you just aren’t allowed to give the benefit of the doubt to. If all Red Hot Chili Peppers had ever done was “Give It Away” and “By The Way”  they would have  at least done that. As for Nickelback, hip hop is so in command that they sound better than they did, say fifteen years ago when their biggest album, All The Right Reasons dropped, the expanded edition adds a live album and if you won’t enjoy it, maybe it is worth another listen because I didn’t hate it (Grade: B-)

I’d Rather Lead a Band – Loudon Wainwright III – B+

All The Right Reasons (15th Anniversary Expanded Edition) – Nickelback – B-

Show Them The Way – Stevie Nicks – B

Pleased To Meet Me (Deluxe Edition) – The Replacements – A