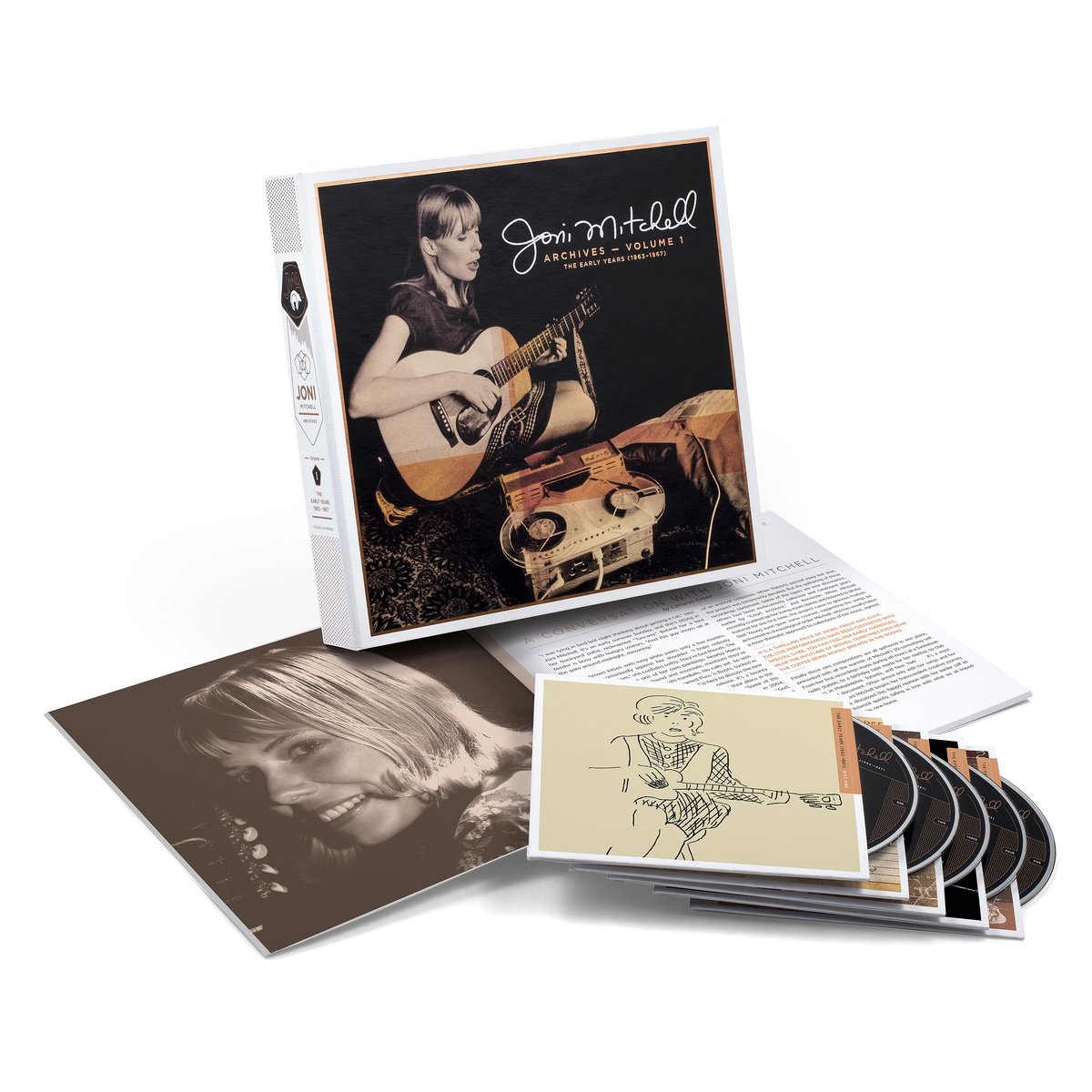 Recorded on a demo from August 24th, 1965 for Jac Holzman, co-founder of Elektra records, Joni Mitchell has released the first song she ever composed, “Day After Day,” and it is a brilliant folk track with just a finger picked acoustic guitar and Joni, who claims she didn’t know if it was any good, using her 22 year old mezzo-soprano to great effect and traversing the smallest of poetic conceits (day after day, night after night) on a now typical sounding song about the passing of time, to a stunning effect. It feels finished, it feels like an old folkie pro and not a newcomer. She was already ready (Grade: B+)

I already reviewed Blackpink’s disappointing debut (here) which is K-Pop pop but without a center of gravity on The Album‘s 24 minute romp (Grade: C+). Sure, gangsta rapper 21 Savage’s surprise drop, SAVAGE MODE II, isn’t a work of art, it is a work of brutal and viciously rapped Atlanta trap songs produced by past master Metro Boomin’ and a return to two years ago. With a minimum of features (though the Drake starring “Mr. Right Now” is best in class), the mixtape is sublimely businesslike, it is all rap songs and only rap songs but strong as you can get get and consistent as possible, a real pleasure (Grade: A-). Jon puts his face front and center on 2020, one of the worst moments in a cringeworthy career Bon Jovi, and here finds white Jersey billionaire agitpropping to terrible, classic rock effect (Grade: D), Jónsi’s third album, and first in a decade, Shiver, was produced by avant-pop master A. G. Cook and moves from ambient pop to EDM with intensity, though even Robyn can’t garner him a hit (Grade: B+). I am no Dawes believer, they always hit me as SOCal’s near beer, a Jackson Browne wannabe who couldn’t write the songs except for every now and again., but every single single leading up to the album has been at least good, and as expected married life agrees enough with Taylor Goldsmith on Good Luck With Whatever – where every song is strong, melodic, disciplined, beautifully sang and performed, a true coming of age for Dawes and a happy surprise (Grade: A-). I’ve never been willing to anoint Ella the greatest singer, she never gift wrapped her gift, but Ella: The Lost Berlin Tapes (Live) recorded (in Berlin!!!!) in 1962 is undeniable: I have never heard better singing by anyone, anytime, she is not only the blueprint of every song she covers, she scats and improvizes as great as Satchmo and brought be bop to the masses (Grade: A+).

Over at singles, Lake Street  Drive had had nothing but bummers for years so the new single, “Making Do,” need to find their MOR sound developing away from the street corner Americana and it does, the song is an intense and difference artpop created from the usual instruments (Grade: B), is Shawn Mendes still with Camila? “Wonder” doesn’t tell us, though it is about as lame an attempt at a pop ballad as you’ll ever hear -a computer generated mess (Grade: C-). Speaking of wondering, why didn’t Tom Petty add “Leave Virginia Alone” to Wildflowers or just sling it on a different album, a gorgeous country rock song (Grade: B+), the Take That second fiddle Gary Barlow drops a very catchy MOR pop salsa sliver featuring Michael Buble on “Elita” (Grade: B) Finally,  Demi Lovato s the backstory that keeps on giving, in the latest chapter of her story she breaks up with her fiance without telling him after a whirlwind romance, and then drops a heartbroken ballad about it (Grade: B+)

Good Luck With Whatever – Dawes – A-

Making Do – Lake Street Dive – B