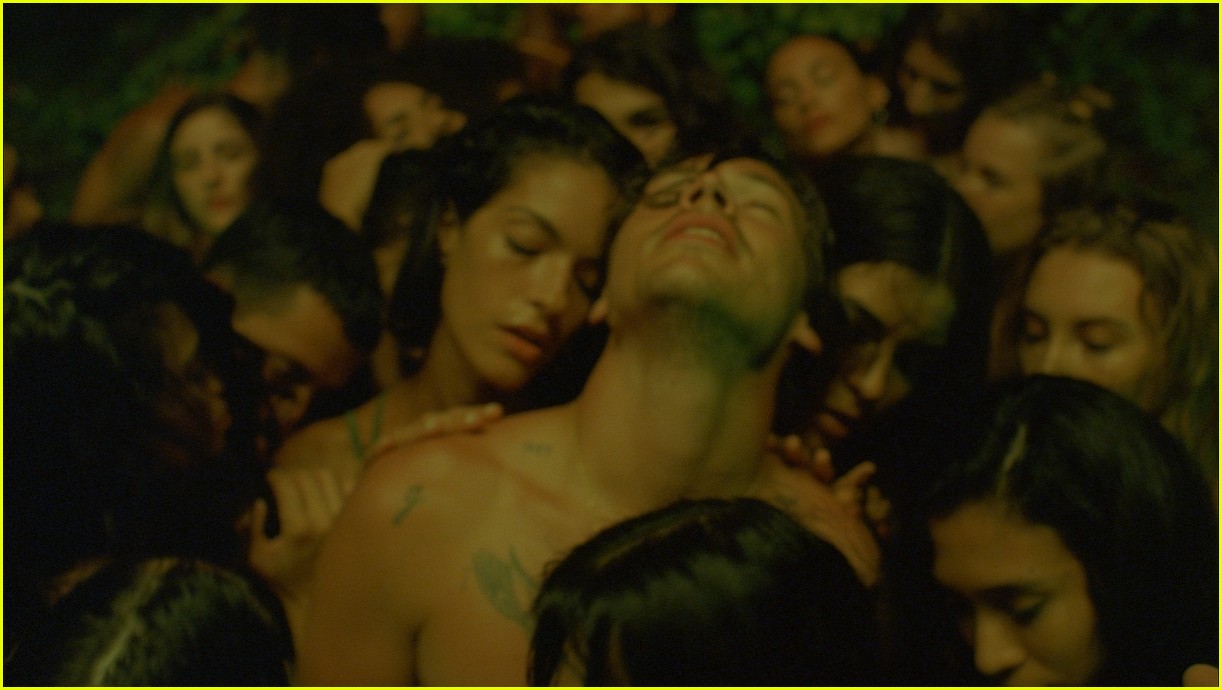 Fleetwood Mac fired Lindsey Buckingham because they stopped being a recording band and didn’t need him the way they did in the 1970s. And Harry Styles is the sort of pop idol cum rock star who shows his love for Fleetwood Mac by befriending Stevie Nicks not Lindsey (or the McVies), by which I mean he is a twit. But his first solo album made it on the strength of a coupla killer tracks (“Two Ghosts,” and “Sweet Creature” around the halfway mark), so that  first single “Lights Up” being a dog doesn’t mean the album (which we knew was coming, that Rolling Stone interview didn’t arrive out of nowhere) will be. But “Lights Up” is a weak hooked drums and guitars and kitchen sink straddler. The video is killer (Grade: C). Big Thief had an excellent, relatively considered pop move album earlier this year, the follow-up album, Two Hands, is, if anything better, certainly better than the singles we heard, slower and sadder, less UFOF and more folk indie, with the exception of a track or two it is very sturdy, especially the opening and the title number (Grade: B+).

Back to singles, FKA Twigs’  “home with you,” is the third release off her upcoming album,  a beautiful, art damaged, piano based track… but not as good as “Cellophane” (Grade: B), the second release off the upcoming  album. Green Day’s second release off the new album is also a let down after “Father Of All…,” “Fire Ready Aim” is a by the numbers singalong (Grade: C+)… by the way I was eyeballing the Citi Field gig in August and it is wide open, which means three of the biggest acts in rock, together couldn’t come close to selling it out. Everything we’ve heard from the new Miranda Lambert has been not up to much, till now, “Tequila Does” has a sweet twang to it  with a tricky time signature and tempo switch (Grade: B).  Number two from the new Van Morrison, “Days Gone By” is more instantly nostalgia, with “Auld Lang Syne” showing up on the seven minute dreamland of melody (Grade: B+). You might only know Aoife O’Donovan only from her “I’m With Her” supergroup, and you shouldn’t, she is better solo and her cover of Bruce’s “Nebraska – Acoustic” (the last word a bit redundant) and she nails it to the cross of meanness in this world (Grade: B+). Lady Antebellum have a rare goodie with “Boots” featuring a glorious acoustic guitar hook they ride all the way through (Grade: B).

Over in the album section, Frank covers the Berman’s on a swell compilation,  Sinatra Sings Alan & Marilyn Bergman, the Bergmans have some killer songs in their catalog, “The Windmills Of Your Mind” anyway, but except for “Nice ‘N’ Easy” it is all a little obscure, though well worth listening to (Grade: B+). 2017’s Little Fictions was a fall to earth for UK art rockers Elbow and while Giants Of All Sizes is alright, it isn’t among their best (Grade: B-). I realize “it’s alright” isn’t much of an endorsement, but when it comes to the dreaded Hillsong Worship cult, it is practically a rave of huge proportions. “Awake My Soul” is the best spiritual rocker mood music they’ve ever recorded, and “No One But You” is pretty good as well, so maybe Awake is the one for non believers (Grade: C+). The singles we had heard warned us that Kim Gordon had a strong album up her sleeve, and No Home Record is  a strong one indeed, on a  bedrock of good songs she fucks about with their insides  and gets away with it (Grade: B+). Freddie Mercury had a thundering voice, a tenor by design, but except for the hits,  Queen were nothing much and he had zero solo successes, as Never Boring, a compilation of his best moments, attests (Grade: C)

No Home Record  Kim Gordon – B+

Tequila Does – Miranda Lambert – B