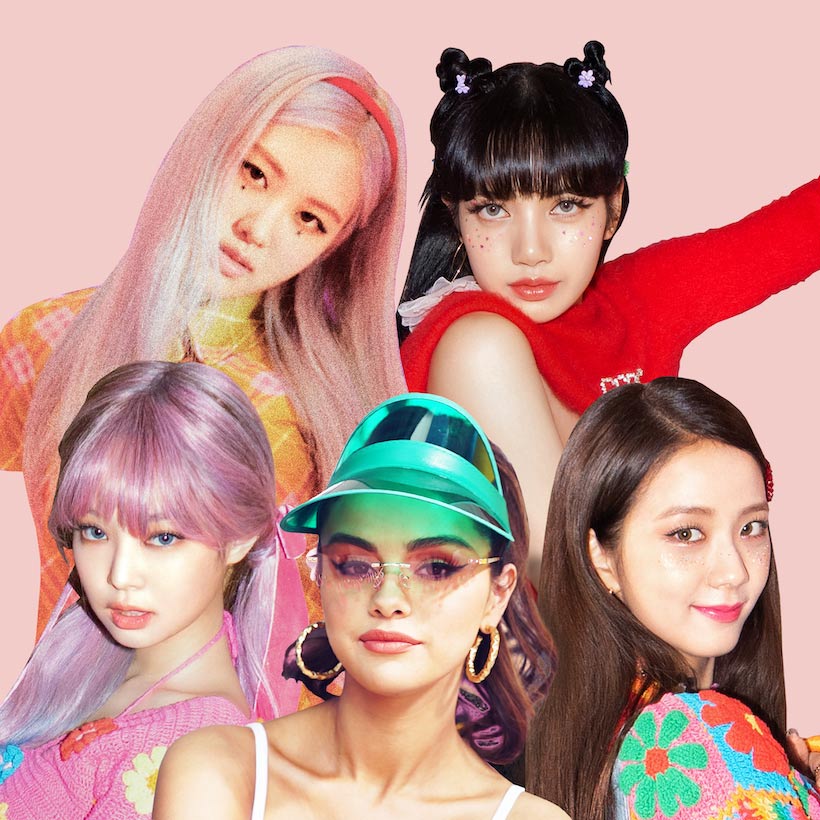 Flip again, another week and this time the big action is all in the singles and let’s kick off with Blackpink’s ebullient collaboration with Selena Gomez (Selena’s Rare from January is a treasure), “Ice Cream”. Sure, it is a song for the child in all of us, with K-Pop girl band Blackpink nanananaaing in the background and Selena in full giggle in the throat mode (Grade: B+).

More singles, we haven’t heard much from Calvin Harris since 2017’s bummer album and now he is back with a percolating ballad “Over Now” featuring the Weekend’s gorgeous falsetto and Calvin giving his production skills to a simple but it says it EDM ballad (Grade: B+). H.E.R.  is having another busy week of features, she sings on Toni Braxton’s new album and adds her voice to jazz-r&b performer Robert Glasper’s “Better Than I Imagined”, a soulful ballad with H.E.R. singing seamlessly next to Meshell on a goodie (Grade: B+). Three oldies returned, another song off the eagerly anticipated Box Set of Sign O’ The Times, an early vocal run through of “Forever In My Life” is perfectly lovely (Grade: A-), why is Mick Jagger fucking about with remixes with the riff pretending to be a song “Scarlet”? The Killers don’t have much to add to the Stones song, they build up the fade out and loud up the guitars (Grade:B-), if you put a gun to my head I’d claim either “Is This Desire?” or “This Mess We’re In” or the song for whom PJ Harvey has released the demo “To Bring You My Love” is her greatest, the demo is the most demoish she has released to date with a quieter intensity than the original and an emerged acoustic guitar (Grade: A) .

Over at albums, I just reviewed the cheerful and completely fun new Katy Perry Smile (here) (Grade: B+), the latest incarnation (incantation?) of an Allman Bros vibe is the next generation gets it on The Allman-Betts Band’s overwrought classic rock boogie bore Bless Your Heart, a more classicist version of ABB’s industrial strength Southern rock (Grade: C+), Metallica have had a shitty 21st century, and the soundtrack to their second collaboration with the San Francisco Symphony in 21 years, the amusingly named S&M2!, maintrains the standard. Needless to add it is relentlessly awful, the last album Metallica made worth hearing is Lulu with Lou Reed, this is so overblown it could crash your PC (Grade: D+) Gregory Porter’s first album of newly composed songs in four years, All Rise, could use some better songs but Porter remains a charming and intelligent jazz-R&B etc etc singer and his voice and delivery saves even the worst moments… on the Gospel tribute to his father who taught Porter how to sing on “Dad Hone Thing” -a  rare beauty it is simply one great moment (Grade: B), still on soul, Toni Braxton’s Spell My Name is a fine soul album which moves sideways, though the production is hip hop the soul is, well, soul, only two features but from Missy Elliott and H.E.R. and both strong as hell (Grade: B+).

Finally, an album I’ve been waiting to hear for two months (and ten years) now, Toots & The Maytals’ Got To Be Tough is a stunning roots and rock reggae work that finds Hibbert maybe a touch raspy but for a man at it since the early sixties, he is way on top of his game here. A masterpiece? Too soon to say but absolutely everything you want from reggae by one of the greats, try the first three songs in order and go from the Stones to Marley to Chronixx while lifting from none of them (Grade: A).

Over Now – Calvin Harris, The Weeknd – B+

All Rise – Gregory Porter – B

Better Than I Imagined – Robert Glasper, H.E.R., Meshell Ndegeo – B+.

Got To Be Tough – Toots And The Maytals – A