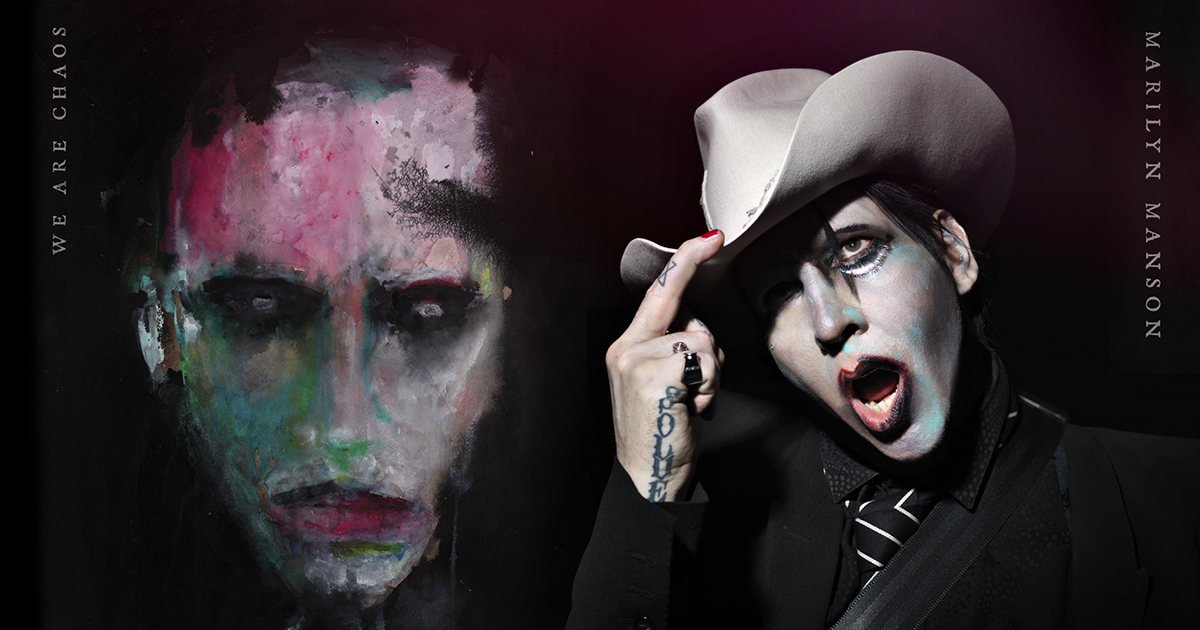 When last seen, Marilyn Manson was being taken out of Hammerstein Ballroom on a gurney (here) after falling off a ladder. Marilyn was clearly in the midst of an alcohol cycle he couldn’t get out of and the future looked, well, Tricky, the same way his new album sounds Tricky in its industrial wasteland pop skills. WE ARE CHAOS is his strongest collection of the 21st century, a set of arresting and beautiful people in their horror stories and encapsulating a hard earned vulnerability, Manson finally beats out all goth industrial sounds and escapes his kiddie Nine Inch Nails dead end (Grade: B+).

Speaking of people having nights, I once saw Johnny Thunders fall asleep on stage at Max’s Kansas City (or was it Sid Vicious -they tend to blur), and that is not the sets preserved for posterity and as an antidote to crap boots on Que Sera, Sera – Live in Europe, and maybe I am growing sentimental in my old age but he sounds better than he did on the 1985 feature filled album – the “Too Much Junkie Business/Pills” is a real treat (Grade: B+). Still live and plugged, Rocked This Town: From LA to London, is 23 tracks recorded during the Stray Cats’ 40th Anniversary Tour in 2019. I’m not a huge fan but this is their first release in decades and if you dig their rockabilly new wave,  you’ll dig it (Grade: B). If ever an album is worth listening to in two different versions, that album is PJ Harvey’s undeniable masterpiece and while To Bring You My Love – Demos is not the equal of the original, the singing sometimes is (Grade: A).  Hootie And The Blowfish released Imperfect Circle, their first album since 2005, last year and now it is streaming everywhere; Darius Rucker is in fine voice, and though the sound is meh AOR it will at least give em something to tour behind when we can get back to touring (Grade: C+).

Over at singles, I reviewed Bruce Springsteen’s B+ “Letter To You” here, along with Gucci Mane, T.I. invented Atlanta Trap, and like Gucci he never came all the way back after his release from  prison, on his new single with another Trap king Young Thug, “Ringn” he is just as sturdy as ever with an addictive slice just to remind you how it is done (Grade: A-), truth be told, I lost much of my interest in New Order after “Ceremony” and the rest after “Bizarre Love Triangle,” so whether you consider it a ringing endorsement that  their first freshly written song in fifteen years, “Be A Rebel” sounds like New Order will depend on your level of fandom (Grade: C+), there is an upcoming 20th Anniversary deluxe All That You Can’t Leave Behind, maybe U2’s best album, and it is introduced with an acoustic take on the best song on the album “Stuck In A Moment You Can’t Get Out Of’ (Grade: A), I remain a huge fan of indie folk giants Big Thief and their lead singer and songwriter Adrianne Lenker, solo or with the band, finds her incapable of writing an anything but great sons,  on the solo “anything”, she remembers a summer filled with both joy and sadness as Autumn approaches  over overdubbed acoustic guitars (Grade: A), Usher never recovered from his reputation as a promiscuous, walking STD, and has gone from Michael Jackson’s heir apparent to a punchline, but he still has skills and “Bad Habits” is a pretty good r&b song (Grade: B).

Finally, we knew Mastodon’s hardcore search and destroy hidden tracks in their catalog Medium Rarities was gonna be great, a blast of rock it out riff monster, barnstorming sludge metal, the band is now in their twentieth year and they are still great, if you’re a non believer try the instrumental “Asleep In The Deep”  (Grade: A-)

anything – Adrianne Lenker – A

WE ARE CHAOS – Marilyn Manson – B+

Rocked This Town: From LA to London (Live) – Stray Cats – B