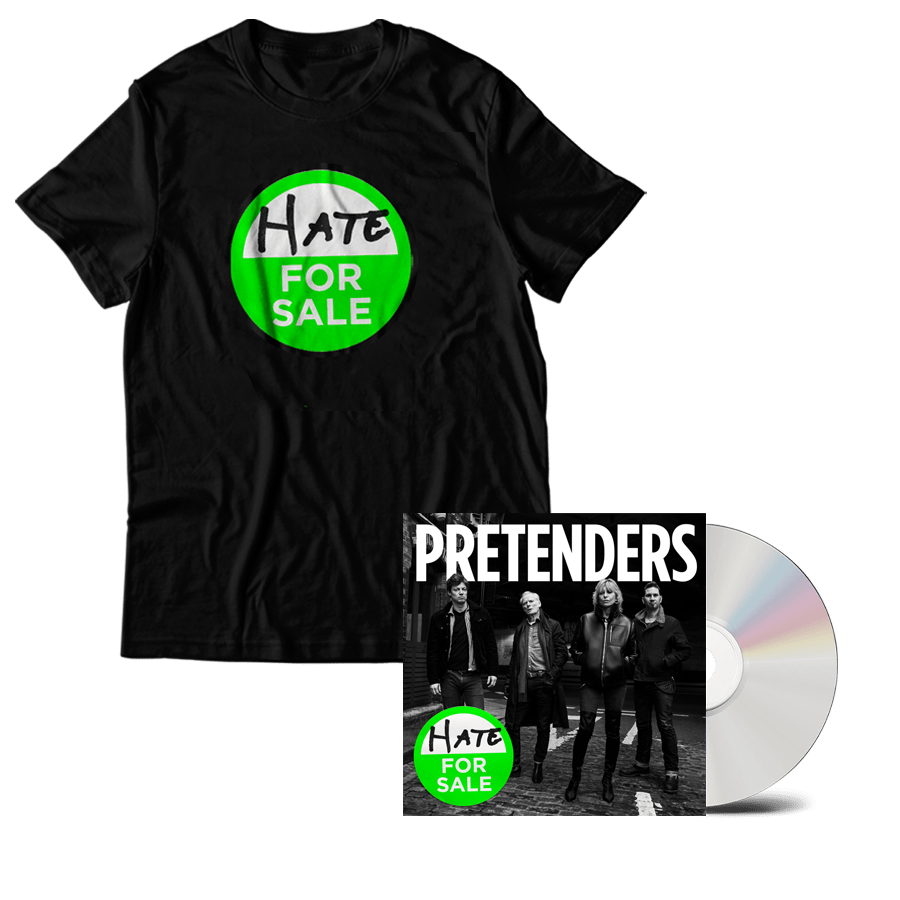 Surely not the best since the debut album, maybe the best since Learning To Crawl, definitely the best since Viva El Amor in 1999, but Chrissie Hynde’s delayed to no end Hate For Sale missteps. Half of the ten songs were already released as singles, the better half, so it already feels old. The other half includes the worst in set, closer “Crying In Public,” and “Maybe Love Is In NYC” which should be great but is a proforma Pretenders blues.  Still, most of the rest is ace , you know em, you love em “The Buzz” with its patented Pretenders lick, the terrific ballad “You Can’t Hold A Fool,” the Bowie soundalike “Turf Accountant Daddy” and the Bo Diddley inspired rip “I Didn’t Want To Be This Lonely”. Good, very good… great? Maybe, definitely  if she hadn’t already released half the songs (Grade: A-).

DJ Khaled is so damn irritating, he is a sort of Gorillaz but only for hip hop, the king of the big time features and friend to the stars (Isaw him open for Beyonce), but he is one long tic starting with that stupid “we da best music” shout out at the top of all his songs. Drake is Drake, he kills it on the pop glorious “Popstar” (Grade: B+) and then blows it with “Greece,” an interesting sample in the hook but  Drake is moribund and he would be (Grade: B-). Speaking of pop, Troye Sivan is at his poppiest on the sad song “Easy” by a man who never fails (Grade: B+). A coupla years ago I was talking to a big time musical engineer who told me he had just completed work on a new Tina Turner album. Nothing materialized. Yet here she is with the DJ Kygo or rather, here is her vocals from  a classic track to which the Norwegian fathead adds nothing after adding nothing to Whitney Houston. The way it was promoted, Tina comes out of retirement, had me believing the vocals were new. In what sense has she come out of retirement? By having her picture taken? Kygo adds nothing to “What’s Love Got To Do With It” (Grade: F -because who likes being conned?).  H.E.R. continues her favorite year singing back-up on the Nigerian r&b star star Wizkids lovely “Smile” (Grade: A-). Anticipation for the deluxe Sign O’ The Times grows with the release of an early version of  “I Could Never Take The Place Of Your Man,” a little faster, a little choppier and a little younger (Grade: A). I have no idea why Tom Jones released a live take of “It’s Not Unusual” taken at twice the speed of light or 84 seconds whichever comes first, I believe it is part of an Ed Sullivan live album in the works as it follows James Brown’s “Prisoner Of Love” from the same show a coupla weeks ago  (Grade: B).

Another album not helped by delays, Jarvis Cocker’s new band Jarv Is… is a quasi-mood piece, not bad but Beyond The Pale is not This Is Hardcore, actually not even the underrated Further Complications, a sort of plodder with enough Cocker wittiness to make it better than it is (Grade: B). K-Pop creeps me out, not the music but the culture where young Koreans are incubated and then hatched into pop collectives where they are worked night and day until they commit suicide while their pop base over commit to them. BTS is the top of the food chain and their latest MAP OF THE SOUL : 7 ~ THE JOURNEY ~ finds them re-recording last years album, only this time in Japanese and oddly enough, it is preferable in Japanese (Grade: B). I was never a big the (Dixie) Chicks fan, but I did like their 2006 album and they were so good at MSG in 2016 I changed my mind. Gaslighters is one long whine, certainly well executed from time to time, but really they are an evolution away from being Sarah McLaughlin (Grade: B-)

Beyond the Pale – JARV IS…, Jarvis Cocker – B

Gaslighter – The Chicks – B-