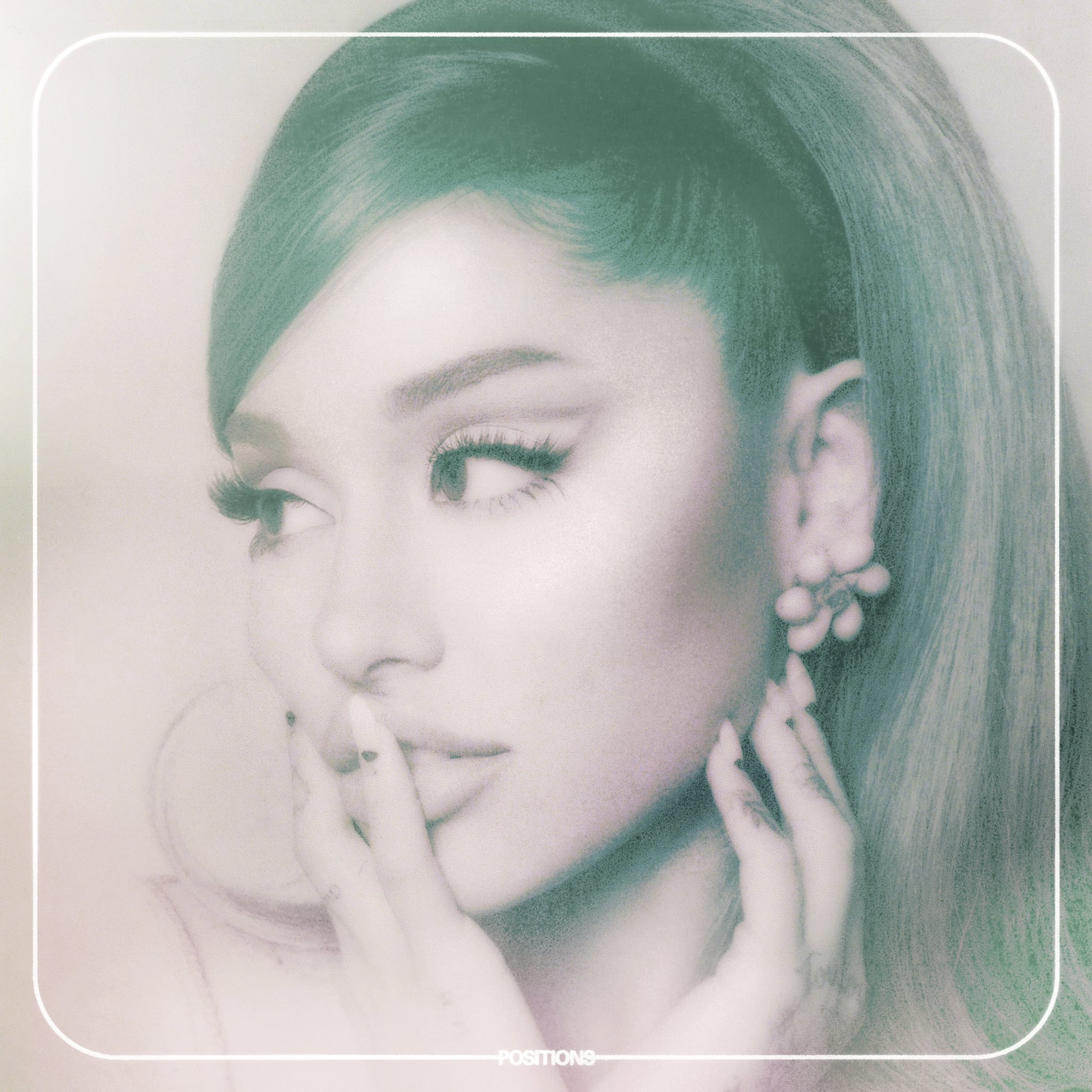 What sort of Positions you might ask about Ariana Grande’s beyond eagerly approached, surprise drop 6th album follow up to her best in class thank you, next? Well, start with the second song, which she wants to do all night, “34+35” which equals 69, of course. Ariana has been locked up with her new beau Dalton Gomez (who looks a little like Pete Davidson if Pete’s dad hadn’t died in 9-11),  and has spent her time giving way from her butterfly on Twitter impression and writing and recording this superb little album of pure pop sex songs and exploration of where she stands right now.

No, of course Positions isn’t as  brilliant as the song as text message thank you, next, there isn’t a “7 Rings” or, god knows, “break up with your boyfriend, i’m bored”, but having said that you’ve said everything. It takes a couple of spins,, Ariana never waivers from her falsetto, the songs sound very similar, and there might need to have been a killer track as “Positions”, the single, could have done better, no doubt, the Justin Bieber duet from earlier this year (where we first met Gomez) is a more populous move than The Weeknd featured “Off The Table,” I would have enjoyed a major rapper somewhere… and… this is a terrific album.

Positions is an album’s albums thematic connection between song and sound, it is of a piece, compare it to Luke Combs What You See Ain’t Always What You Get, the latter is a collection of songs that he can easily add to, it has no inner storyline more than an adult broness and country melt, positions has love, sex, under quarantine vibe and never lets go,  never really gets out of bed from the club monster. It is a constant electronic danciness and toots and whistles and a growing towards marriage through sex, an eagerness to be just a girl standing here naked, fucking a boy. All romantic, dirty brilliance go all the way because she does, 14 songs in 41 minutes, all of which would be splendid with a remix, she wants his (my?) hands all over her, in her hair (that ponytail!) on “My Hair,” in bed from midnight to sunrise,  as Ariana accurately equates sexual pleasure with the deepest of romantic loves, “six thirty” (imagine a clock), “Nasty” and the romantic lynchpin “obvious” zig zag between the two as Ariana finds warmth and safety in romantic sex. I could mention just about any song here, I love the lot. “POV” with its gorgeous strings and best tune…  I wish there was a “thank you” or “Break up” but I love everything that is here. Ariana has not been wasting her time in lockdown and doesn’t waste ours