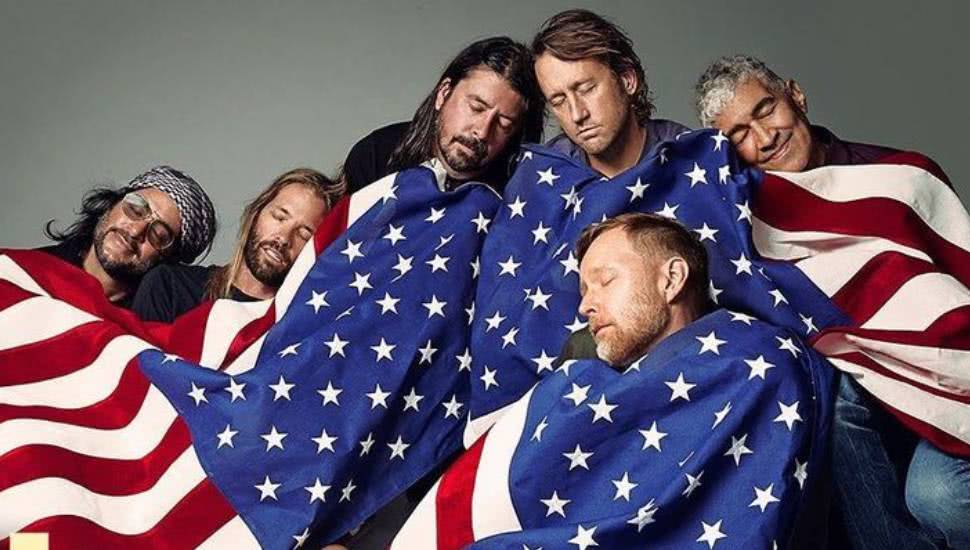 The horror, the horror. All our friends have disappeared and we are left with occasional reach outs, like Justine Giordano from my office. We sometimes (used to) go to concerts with me -that was her at the DMX gig with me, and she put the G into this playlist I reviewed (here).

Anyway, I haven’t seen Justine since March 2020 and though I have received occasional texts and plan to meet for lunch (which we blew off, off course), and then Monday evening I got this text from from her:

“Did you tell me once you can’t stand Foo Fighters and Dave Grohl?”

I plan to put it on my tombstone…

“Did you see his SNL performance? It was so bad… I couldn’t take it. Made me so uncomfortable. He was making theses facial expressions…”

That was the second song, “Times Like These” but not to worry, the awful sub-RHCP-Soundgarden were equally lousy on their opening song with a trace by numbers beat, and a bridge from the chorus like every other rock band of the 21st century not figuring out RHCP miracle on ice “By The Way”. Taken at a slug like pace with Dave uglier than he has ever been. The entire song is a low point on a career with many of them.

Dave has a reputation as a nice guy but what do I care when the last song Foo released I could stomach was in 2011, and the two on SNL were among their worst, plodding tedium ad nauseum… and the recorded “Shame Shame Shame” which not having to watch them helps a little. To be plunt, Dave looks like a rat -it is the teeth, and he seems overdressed for a rock star, a greasy haired yuckiness. The song is, of course, another brick in the wall of a catalog that is beyond terrible. Worst band ever. Maybe not but “Shame Shame Shame”? Shamefoo. As for the picture? Foo pretending they are Who, of course.

Otherwise, kudos to Justine for pointing out the foo-ishness of it all.