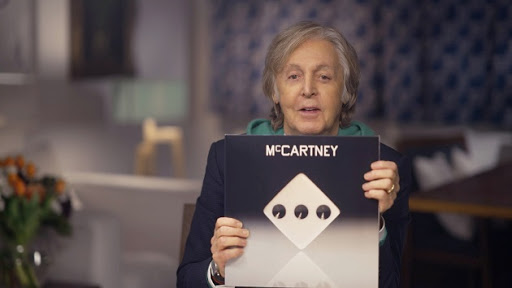 More like McCartney than McCartney II in execution, McCartney III was written and performed in isolation over the summer, and more like McCartney II than McCartney in song stylings. 1970’s McCartney, for all its offhandedness, wasn’t offhanded. They were meant for Beatles album and never got them. Wings weren’t the Beatles, and McCartney II, which effectively ended Wings, isn’t an isolated moment in time but rather a place where Paul can play musical chairs with his stylings. McCartney III is a bit of both, fifty years after Macca took his wife and young family out of the spotlight, he returns to a farm, is alone with his daughter, son-in-law and Grandkids, and got to work: no he isn’t in a post-Beatles funk but in much the same place as you and I have been through three quarters of 2020.

McCartney III is a good Paul album, much better than Egypt Station, better than New, you have to go back as far as 2005’s Chaos And Creation In The Backyard to get a superior outing. It’s a good sign that two of the best songs, the electronic blues workout “Deep Deep Feeling” clocking in at over eight minutes and “Long Tailed Winter Bird” and its other half “Winter Bird / When Winter Comes” in over five minutes are both superior. On top of that we have some good late period Paulie, with album highlight “The Kiss Of Venus” and “Find My Way” and the only true mistake is  the sub Lennonish “Polyethene Pam, ” “Lavatory Lil”

The playing you can take for granted, but McCartney manages to sound both his age and ageless on his singing coming of age, these are often the things we said today: he hovers above his song, telling stories of hope, and the mood is a sustained ring of happiness, as though at 78 years of age he can impart at least the attitude that makes him a beacon of positivity. McCartney III has that in common with his best work, more than any interview, or any story, his husk voice with a side of youthful abandonment makes this one of the most complete statements Paul has made, despite its offhandedness, it is an artistic statement about the power of loving your life.