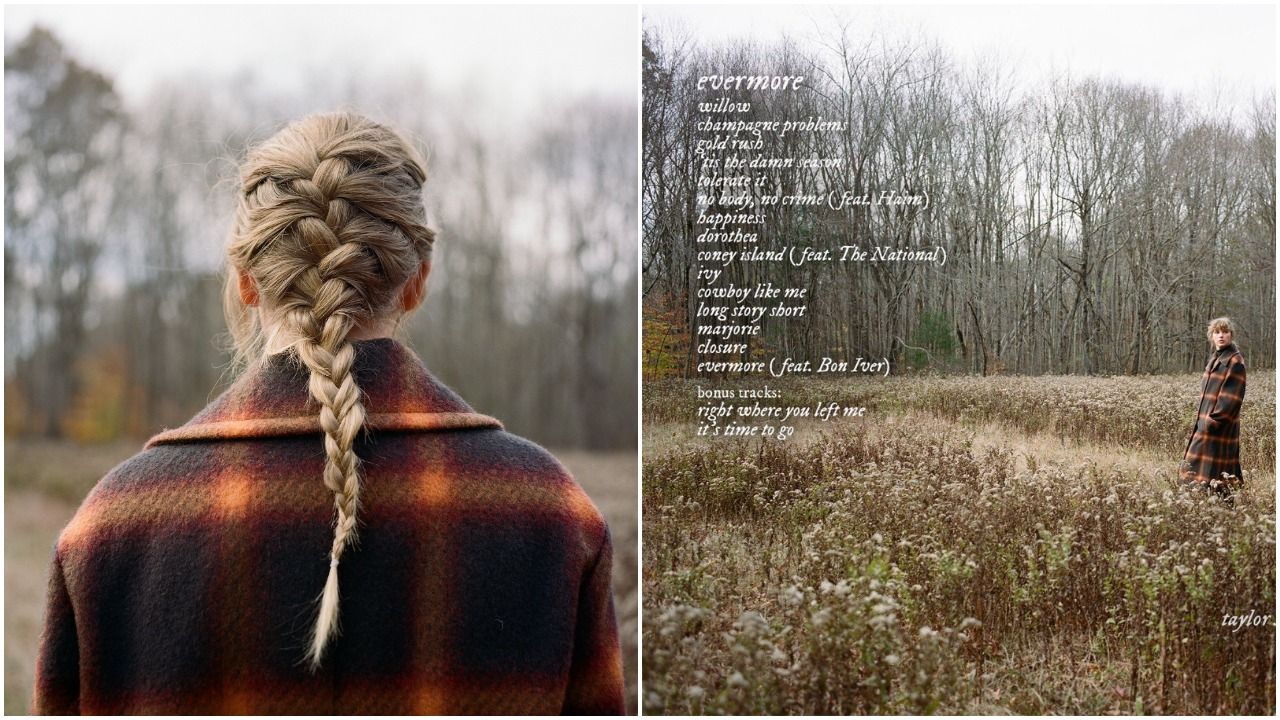 In retrospect, what made folklore so great wasn’t its heights but its lack of dips, not its clever meeting of different value system and not its storytelling, but its consistently beautiful sounds. Not as good as Red, hell not as good as Fearless, but it it is a steadier album, a grown ups album. And more or less you can say the same thing about evermore. But with evermore you start to think during the weaker songs, you start thinking about how how tasteful it all is despite six of the fifteen tracks having explicit language warnings (Tay is like an eleven year old who has learnt that dropping the f bomb with her peers is an abrogation of uncool).

The first four songs are variables, “willow”, with its finger picked acoustic guitar is a bore and “gold rush” gets its dandruff up as some form of soar and stall, “tis the damned season” (about sleeping with your ex) is as close to fun as she gets and “champagne problems” skeletal, piano beauty are phenomenal.

With the same team that brought you folklore on board, except more of Aaron Dessner, a guest appearance by Bryce Dessner and the entire National on one track, Justin Vernon on the last track that isn’t a last track because we will be getting two more in a coupla weeks, Haim on the only song Taylor wrote alone, a faux blues pop, and the best song on the album, the gorgeous “Dorothea” in which Taylor stares through the other end of the telescope and wonders what her school friends think when they watch her on television, one of the best between both albums.

evermore is a very good album, and if put together with folklore it becomes even better although there is a steady degrading of song. But she isn’t the songwriter she was: “You Belong With Me” isn’t (much) better than “willow” because I say it is, it is better because it’s a better song. Taylor has become this tasteful modern singer songwriter playing with the big boys, and nothing plays less with songwriting craft than tastefulness that can’t be saved with an f bomb. Or to put it another way, the two albums are “Blank Space Voice Memo” without a song half as good.