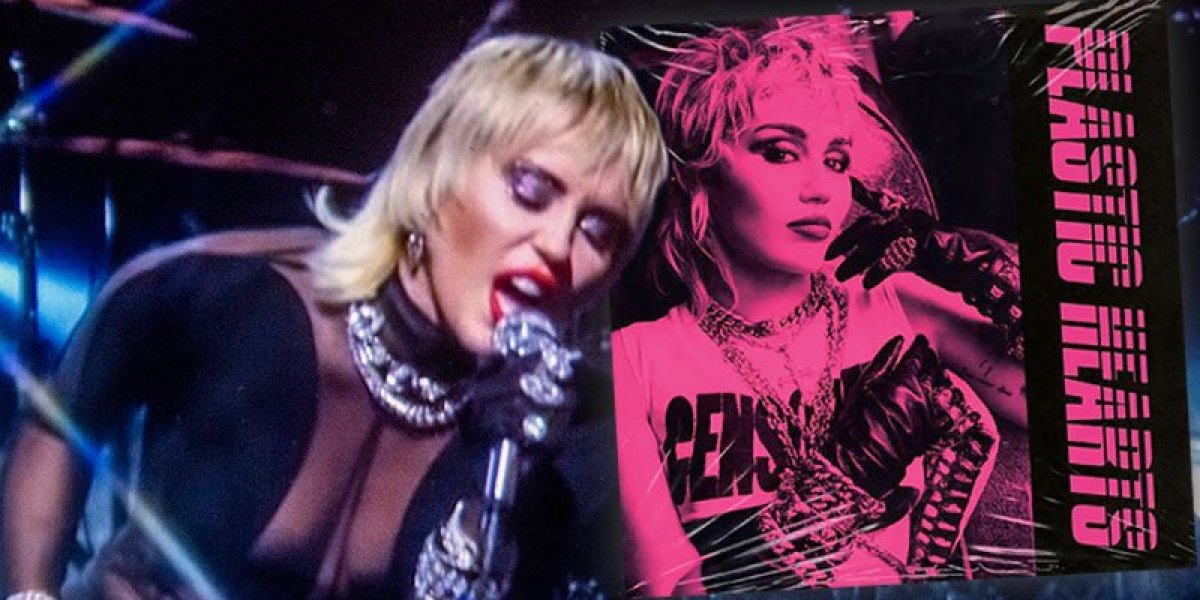 Speaking of hearts, my friend Sherry Davis told me  about being at a Miami hotel’s swimming pool and noticing Billy Ray and telling him how much she loved his work, when his toddler daughter came up and asked to play. The child was entirely charming and has remained so for the past twenty-four years.

And speaking of off-beat comparisons, as Miley has transversed her career she reminds me more and more of Marlon Brando introducing Native American horrors to the Oscars. Miley is so empathetic (except for ex-lovers, of course) she may play the fool but it is the fool as the great American woman as she introduces homeless people to the VMAs, she constantly balances who she is with who she wants to be.

Which leads us to Miley’s new album, dropped this morning, not sweet heart, not plastic letters, but Plastic Heart, her best album since Bangerz in 2013. There isn’t a “Wrecking Ball” and there certainly isn’t a “Party In The U.S.A.” (still her most popular song to date,) it doesn’t hit the heights of The Times Of Our Lives, but as an excavation and homage to early 80s pop music, with four names on the tip of your tongue, Stevie Nicks and Joan Jett (who both appear here), and Debbie Harry and  Dolores O’Riordan (represented by cover songs), comes together as  mash up of styles if not times (the Blondie song had sixteen year old sometime rock nyc Kathryn Mullen sent word to listen, and it is sublime cover, she is right. But I doubt she knew the original and Miley’s live take takes the production and knocks the sheen off the song, Cyrus knows the disco till it is rock glam confessional)

What makes it more than simply (or difficulty) an ace collection of songs seen through a prism of dated pop, is what always does with Miley: that throaty, Southerny voice that would never work on an Avicii house meets pop song because it would have overwhelmed him, but could have cut it as a rapper because of its guttural and extreme pressure on syllables. It stands out here, notably on the better songs. The country songs can be bummers, especially a shame given Miley’s pedigree, there is no excuse for “Higher” -which sound like a A Star Is Born reject (maybe because the dreaded Mark Ronson produced it), though Joan Jett helps on the fab “Bad Karma”. But what makes it is the bangerz: an officious use of Billy Idol on “Night Crawling,” the lead off “WTF Do I Know,” the lynchpin “Gimme What I Want” and the absolute best “Edge Of Midnight” -a remix mash-up “Midnight Sky”. Pour on top some live covers, and, on Apple Music, four videos from her  Backyard Sessions, and the album has a certain vision that if not enough to make it a masterpiece, certainly enough to make it a musical calliope of pop maneuvers from 40 years ago that fits completely into 2020. Just as shallow as that Sherry swimming pool saw Miley at and Miley can still swim in it.