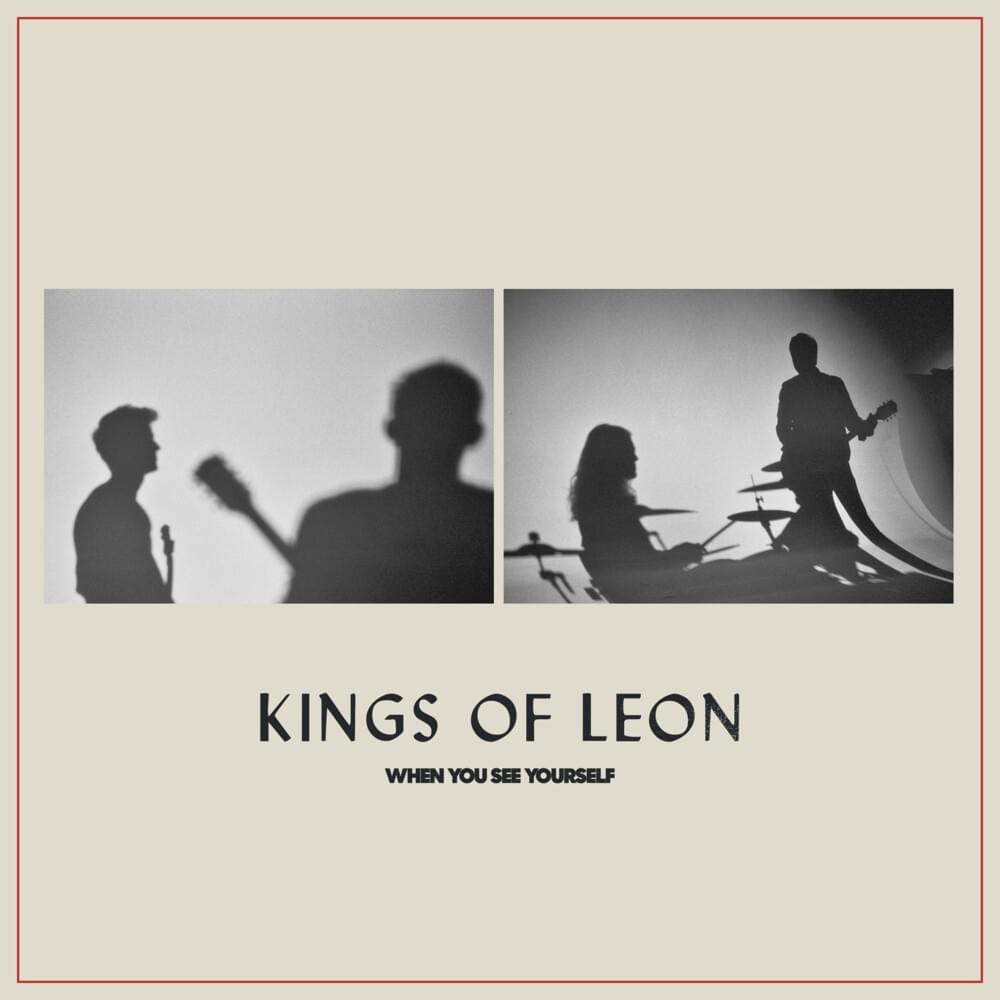 When did Caleb Followill morph into latter day Ben Affleck, they share a beard and a tired pudgy face, the effects of too much drinking for too long, and, sure, Caleb was always a miserable sod but now he looks like a different miserable sod. After knocking on four and a half years of silence one of the last, great classic rock bands return but who is there to greet them. In the dowdy black and white video that illustrates the first of two new songs, “The Bandit,” nobody, but from the opening finger picked lick Kings Of Leon are surprisingly, shockingly, on top of their game.

I reviewed Kings Of Leon on their last tour in 2017 (here) and the problem was that they were sincerely and supremely miserable: “Kings Of Leon are, given our time and place in the universe, a pretty good rock band. The set was full of goodies dating from as early as 2003 (the terrific “So Long, So Late”) to last years WALLS (a solo Cal on the title track was very good) but they are supremely unenjoyable. They note that their family from Alabama is in the audience so you’d think… I dunno, they’d appear to be happy with the situation and they aren’t. I was very close to the stage and I maybe, maybe not, saw Nathan crack a smile… I’m not promising but maybe. So maybe they need to work from a certain level of intensity that doesn’t allow for a good time being, in fact, a good time” And they haven’t changed a bit.

Nathan (drummer-brother) told NME: “The decision to put it out now was our answer to the fact we aren’t able to tour right now. Hopefully by summer we can make the shows we are booked to play. People can’t see live shows right now, so the next best thing is new music for them to listen to. Putting it out was our way of saying ‘thank you’ to our fans for their patience.”

The album drops March 5th, the songs dropped yesterday and they are both excellent. KoL could always write a song, and definitely, not just melody but a ringing hybrid classic rock Americana that is pure pleasure zone for rock music. There is nobody I can think of them as better at recording songs I can think of in the, admittedly, limited genre. The alabama Followill boys are staying out of the political maelstrom on the odd lyric “The Bandit” – I really don’t know what Caleb is singing about, I assume it is a Western scenario though the sound is nothing at all country, let alone western. It is all ringing guitars and double time drums, and a fine return. The other song, “100,000 People” is a brooder with use of what Caleb had threatened us with:

“Lead guitarist Matthew Followill “really nerded out and found some cool vintage equipment” to use on the album, Caleb also revealed. “He was into organs and synthesisers as I was pulling teeth trying to get him to play more guitar! But when you hear that old equipment, it feels timeless and beautiful,” he said. “A lot of the instruments on this album, you could’ve heard on Pink Floyd or Beatles albums. We really dug deep to find the proper equipment.”