I wrote this nearly two years ago (here):

“DMX got the roar of approval, the Hell Is Hot rapper has his prison time, and drug addiction, behind him, and while Jesus is as Jesus does, there was no denying the great rapper was saved and the saving saved his skills. He had the second best voice of the evening, just luxuriating in the audiences adoration while performing “Ruff Ryders Anthem,” “What’s My Name,” “Where The Hood At?,” “What These Bitches Want” and one of his all time greats “Party Up”. It was easily the most moving performance of the evening, it was as though through his faith DMX found a way all the way back”.

DMX is a modern day Ol’ Dirty Bastard, a man on his way to self-destruction and every hope we had that he might have made it through to the other side was dashed to smithereens when DMX overdosed, was in a coma, and eventually died, in April this year.

Despite a reckless life that derailed more than a decade of his career, he was one of the great rappers of our time, his  attitude, his voice, his rasping, barking mad, Ruffest Ryder was more than a persona and more the reason he does it: a vision of a battle between hell and heaven and by the time you reach his first posthumous release, Exodus,  heaven has won and despite the bleakness of his vision it isn’t that bleak compared to his first three albums, all masterpieces, the third doesn’t even  get you to the 21st Century.

The featured bursting Exodus was just about completed before his death, according to producer Swizz Beatz. who also noted that DMX wasn’t interested in a feature laden career reboot, till he realized he could get away with writing only two verses per song. Still, DMX let the dogs out on a powerful, dark, rap album that skirted relevance and came out the other side. Swizz gets one dark backing track after another and brought in major names to settle the proposition that mental health is a state of mind.

While there is no “Party Up (Up in Here)” type out and out banger, there is Griselda posse members Westside Gunn, Benny The Butcher and Conway The Machine 90s boom bat style fans bringing their A game to “Hood Blues,” Jay Z in great shape with Nas on “Bath Salts,” and the standard issue DMX (Dark Man X -in case you were wondering) with the what took em so long “Dogs Out,” and Snoop sharing on “Take Control” highlighted by Marvin Gaye’s “Sexual Healing”. All foursongs are big for DMX, and while in 2021 getting Bono on a track isn’t what it was, Bono mixes well with the tough minded one as he emos out on “Skyscraper,” it still isn’t bad.

However, we can have done without “Letter To My Father” and “Prayer” tipping over the end of the album.

Still, the album makes it on points and is as successful as anything he’s done since 1999. We won’t remember Exodus the way we remember … And Then There Was X, but as end of the line albums goes, it does the job, and reminds you that he was only 50 years old when he died… way too soon. As the live show in 2019 proved, he could play Barclay Center no questions asked. It wasn’t over and it is over. 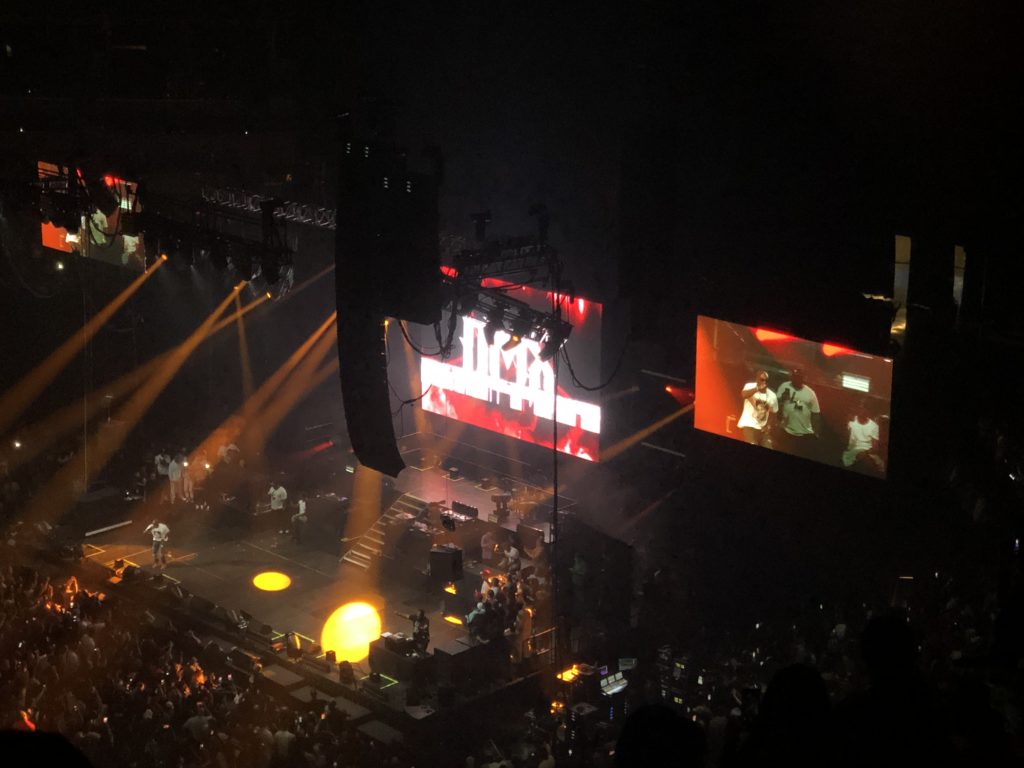