Plastic Ono Band [Apple, 1970]
Of course the lyrics are often crude psychotherapeutic cliches. That’s just the point, because they’re also true, and John wants to make clear that right now truth is far more important than subtlety, taste, art, or anything else. At first the music sounds crude, too, stark and even perfunctory after the Beatles’ free harmonies and double guitars. But the real music of the album inheres in the way John’s greatest vocal performance, a complete tour of rock timbre from scream to whine, is modulated electronically–echoed, filtered, double-tracked, with two vocals sometimes emanating in a synthesis from between the speakers and sometimes dialectically separated. Which means that John is such a media artist that even when he’s fervently shedding personas and eschewing metaphor he knows, perhaps instinctively, that he communicates most effectively through technological masks and prisms. A

That was Robert Christgau’s legendary review of John Lennon’s first solo album, John Lennon/Plastic Ono Band (if you ignored his Unfinished Music stuff) (which I don’t), Lennon at the heat and heart of his and his wife Yoko Ono’s primal therapy, the much traumatized Liverpool boy screaming his lungs out is about his daddy leaving, his mommy leaving, his Mommy dying, and his unsheltered emotional devastation and subconscious Oedipal complex. At the age of thirty, this is the one where John said goodbye to childish things, he took his damages on and he worked at transcending them.

At the time of its release it felt like something else, a repudiation of The Beatles, and it was that as a line like “I don’t believe in Beatles” makes more than clear, but that isn’t what it was, the divining line in his life was not meeting Paul but losing Julia. Listening to all eleven songs again, it is clear that it was about the trauma of childhood leaving him violent, misogynistic, jealous, in pain, things the Beatles only magnified, and dealing with it and moving past it for what would be the final ten years of his life.

To have, debatably, the greatest rock star of all time stripped bare is to do something that is one of the great rewards of art, revelation. You can hear it today on Demi Lovato’s Dancing with the Devil… the Art of Starting Over (Lennon: “God is a concept by which we measure our pain”. Lovato: “Why the fuck am I praying anyway, if no one’s listening to me?”) , you can hear it in countless sadgirls, in Julien Baker: it is now acceptable to be messed up on that level, when Lennon dropped Plastic Ono Band, it most certainly wasn’t.

Plastic Ono Band’s original eleven song cycle, from funeral bells to a final, exhale of pain, stand as one of the greatest albums of all time, and, like Bob Dylan’s The Cutting Edge, where Dylan released every extant piece of  studio tape recorded from 1965-1966, it is the rare occasion where there can’t be enough to listen to.  The eight album, nearly eight hours in length Plastic Ono Band (The Ultimate Collection) isn’t too much, indeed we would have been happy if Yoko (who co-produced both the original and this version) had delved as deep as Dylan did and given us everything, every take.  This is from the press release:

“Fully authorized by Yoko Ono Lennon, who oversaw the production and creative direction, and from the same audio team that worked on 2018’s critically acclaimed Imagine – The Ultimate Collection, including triple GRAMMY®-Award winning mixer/engineer Paul Hicks and mixers/engineers Rob Stevens and Sam Gannon, the Ultimate Collection puts listeners in the center of the studio and explores the album’s 1970 recording sessions at EMI Studios 2 & 3, Abbey Road along with John’s post-Beatles singles, “Give Peace A Chance,” “Cold Turkey” and “Instant Karma! (We All Shine On)” from inception to the final master through scores of unreleased and rare demos, rehearsals, outtakes, jams and studio conversations, revealing how these beloved songs came to be”

Here is Jon Pareles New York Times review, which I haven’t read yet but I certainly plan to.

I am working from the streaming release, the physical box set is:

Disc One:  I just don’t see the point of these Ultimate Mixes, especially on an album so meticulously produced (by Phil Spector and John and Yoko) it should sound the way it sounded only. Fortunately, if your ears are as lousy as mine you won’t hear the difference. The addition of the three post-Beatles singles, “Give peace A Chance,” “Cold Turkey” and “Instant Karma” is sacrilegious and wounds the overall effect. It is no use saying don’t listen, and it is certainly of zero use for a new generation to be told that the album stands alone and shouldn’t be messed with, it is like Dickens adding the first chapter of “David Copperfield” to “Dombey And Son”.

Disc Two: Did Yoko have this collection of outtakes remixes (and one rehearsal) remixed? Anyway, 14 tracks, the album plus the three singles in not particularly illuminating fashion. This is too late in the process.

Disc Three: Called “Elements” and it is very lovely indeed, especially the vocal only “Mother”. Has Lennon ever sounded better? A scarred, rock and roll class in voice timbre and hearing his voices brought closer to the top is wonderful. Other decisions I find more difficult to understand, why put the drums so high in the mix on “I Found Out”?

Disc Four: “Raw Studio Mix…”  If you don’t want to spend hours on Ultimate,  go to directly to the extended versions of “Well Well Well,” “Give Peace A Chance” and “I Found Out” -those you have to hear, sorry.

Disc Five: This is the Blue Ray CDs for audio streaming, John and Yoko explaining the songs you’ve known for all these years on the “Evolution Documentary”. Of course, and with all due respect, nothing here needs explaining -that’s the whole point. BUT… “God is alive and living in the Eiffel Tower”? Haaaa…

Disc Six: The demos, both home and studio, and a must hear. Sure, they are already done just about and yet even so, for an an album about stripping back it is very stripped back. Wait for John performing “God” with just his acoustic guitar, that lick jumps out at you in ways that it has never done elsewhere.

Disc Seven: Lennon and band (Ringo Starr, Klaus Voormann, Phil Spector, Billy Preston, Yoko Ono) jamming between takes in the studio, while if you are waiting to hear Lennon sing “Get Back” you are in for a disappointment (it isn’t that one), if what you’d prefer is Lennon covering Presley you get a parody and a 28 second snippet, and one more…  but it has the looseness we enjoyed so much on the home recordings on the Signature Box Set. “Lost John” I’ve never heard before. The one track that is really outstanding is Lennon covering “Mystery Train” -yeah it’s improvised, and just Lennon riding that railroad chugalug, but it is magical.

Disc Eight: the way he sings “I needed you…” is magnificent. This is more odds and sods before Lennon and Phil got around to making them the miasmic, mesmerizing hiding in plain sight album.

Nobody will ever come close to Lennon, he was the greatest rocker of all time and this will remind you why. 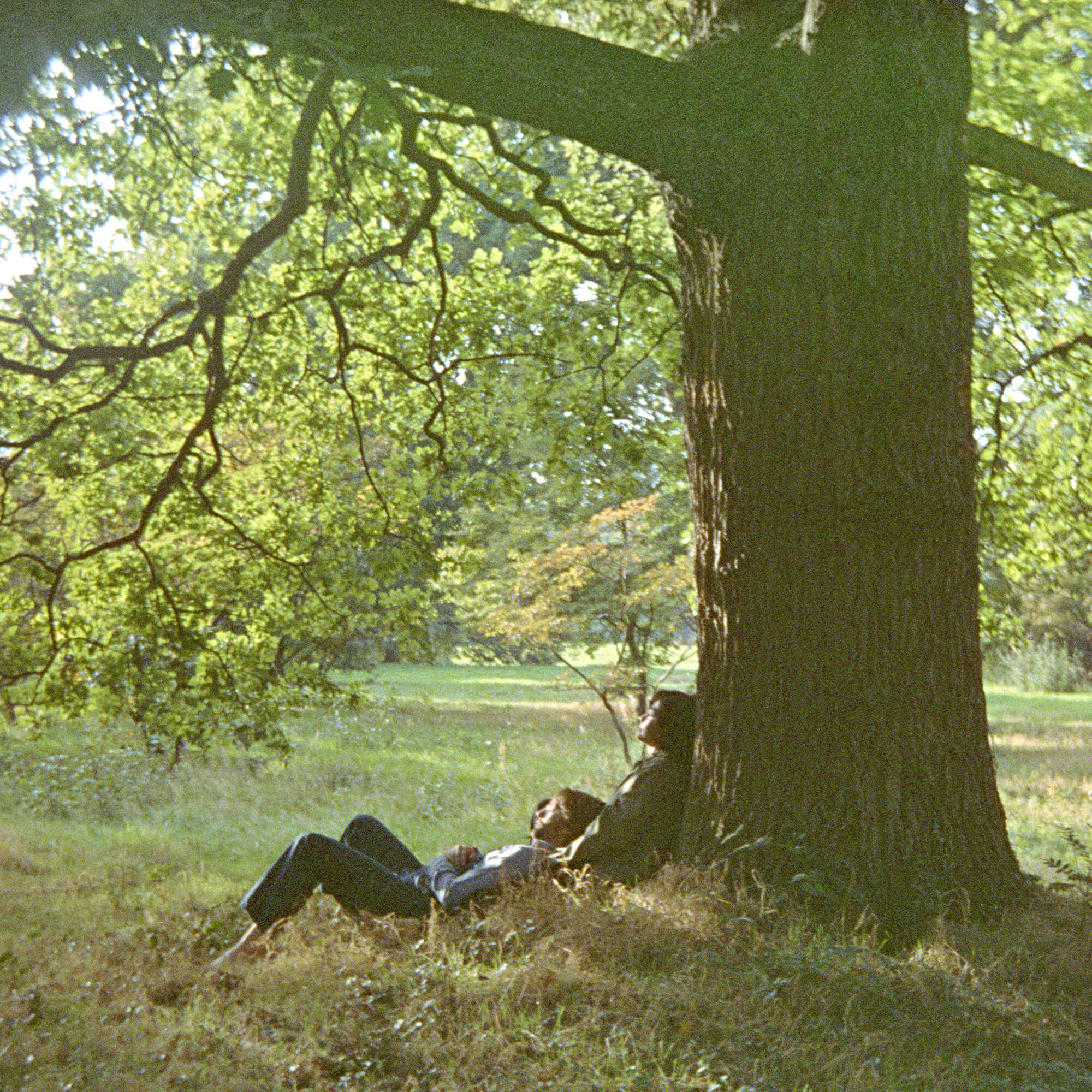 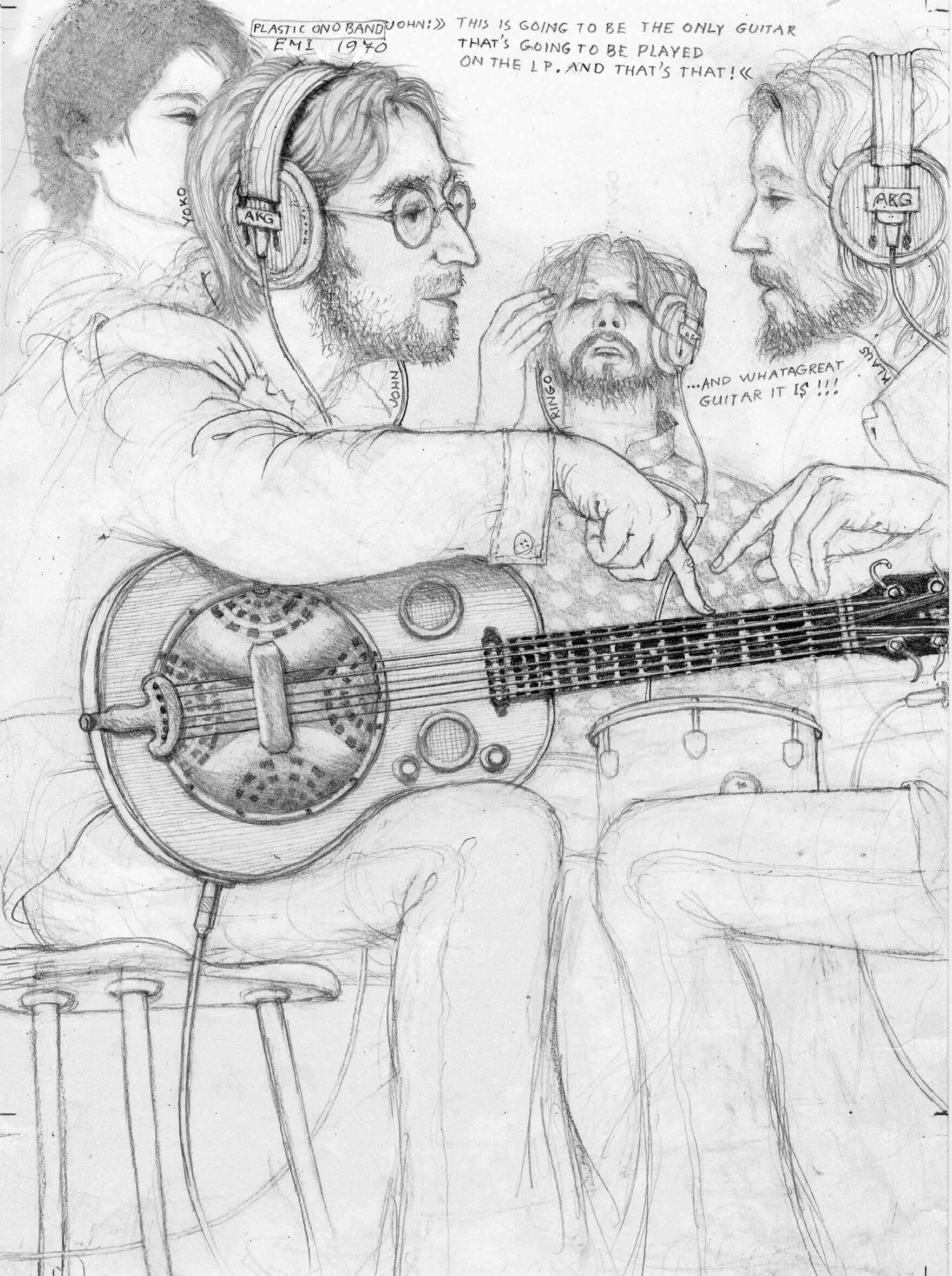 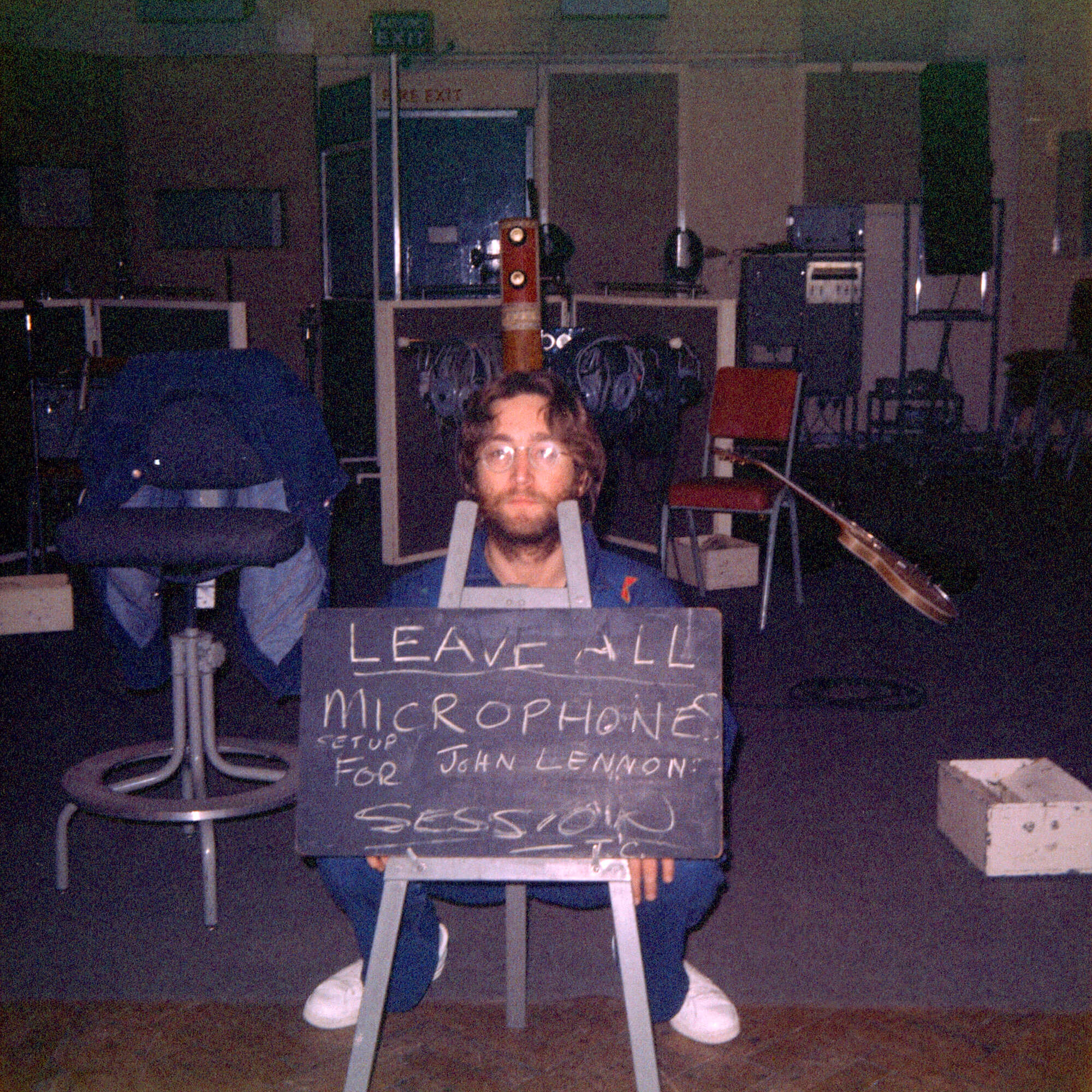 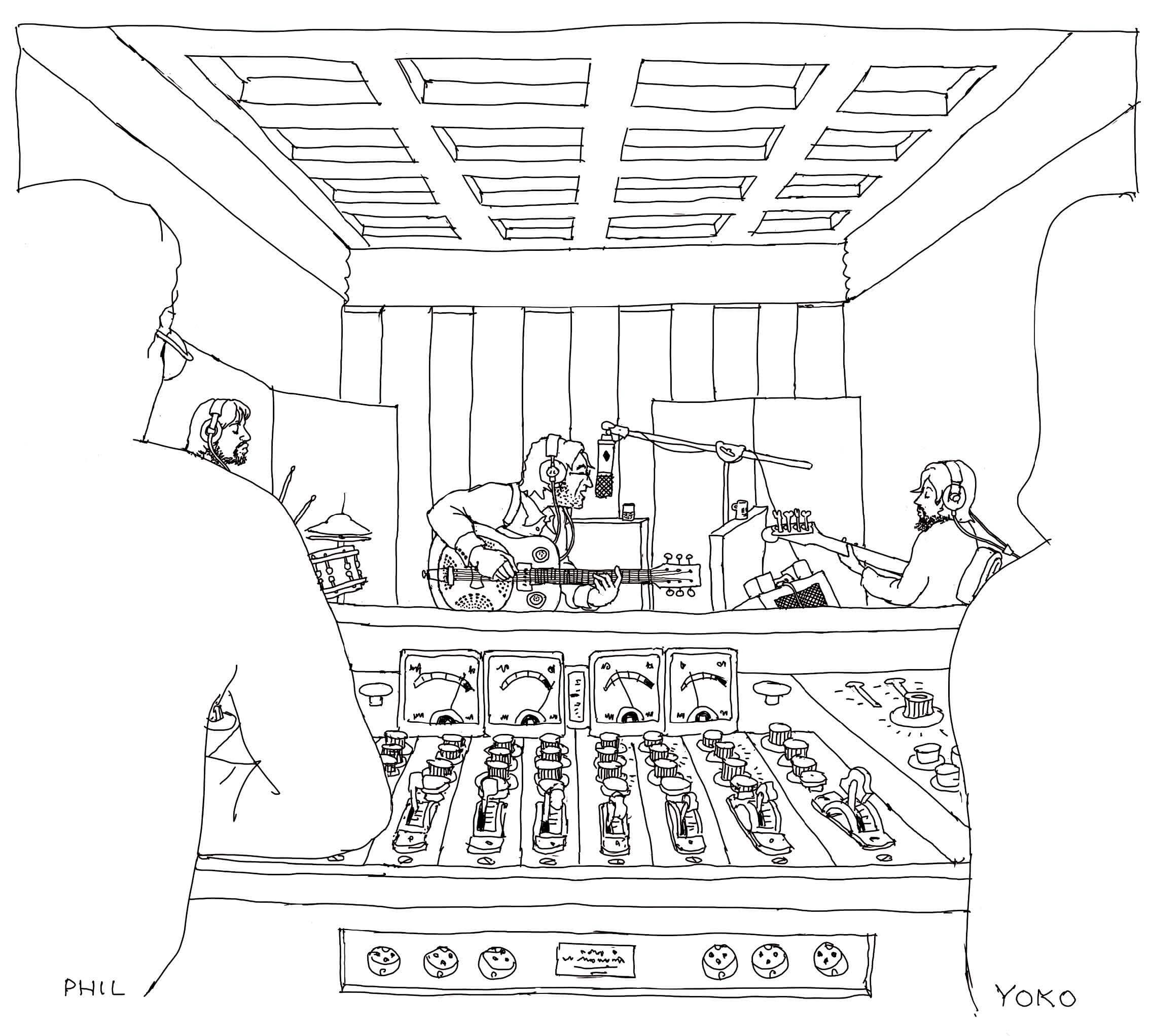