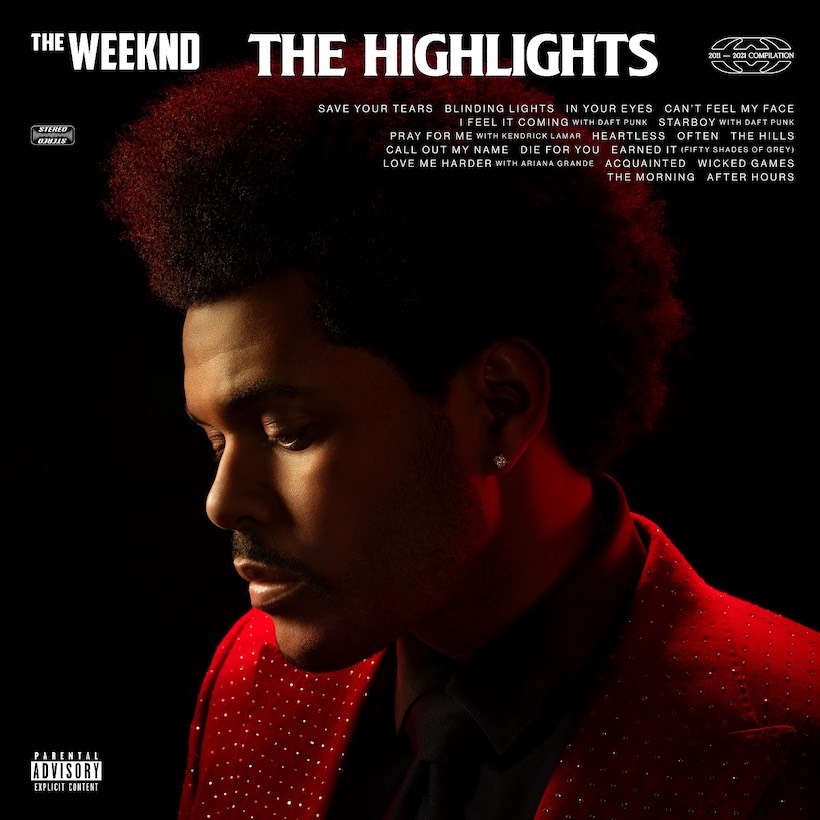 You think this weekend is about the Superbowl, but this weekend is about The Weeknd (aka Abel Tesfaye), the Canadian r&b pop star who has spent the past 60 weeks on the Hot 100 with “Blinding Lights” (it is currently at # 4) and is performing at the halftime show.  Gilding the lily, Abel has just released a greatest hits compilation, The Highlights. Abel has been churning out hits since 2015 and this is end to end pop balancing acts as he plays the superstar with a brooding intensity where pleasure, pain, hard drugs, and madness, all mix it up on an album curated especially for Sunday’s performance. The album has a ton of hits, (plus some deep album cuts)  “The Hills,” “Can’t Feel My Face,” and more, though oddly he doesn’t include his major Elton John sampled  “Scared To Live” . Still, it holds together as a series of huge hits, ballads, and bangers, and well worth your time (Grade: A).

Let’s go to singles, I reviewed Cardi B’s “Up” earlier today (here), adding drill to her wet ass pussy in search of being the tightest of them all (Grade: B+), I’m not certain why Carole King dropped “Out In The Cold” from the initial release of Tapestry, it showed up on a 1999 deluxe CD of the legendary album, and now reaches the streaming services with a song clearly vintage King, all piano and melody and while it isn’t first tier King, it is certainly second tier (Grade: B+). The HBO Max movie “Judas And The Black Messiah” (“Offered a plea deal by the FBI, William O’Neal infiltrates the Illinois chapter of the Black Panther Party to gather intelligence on Chairman Fred Hampton”) drops next Friday, till then we have the great alt-R&B singer H.E.R. with a funky and soulful exercise “Fight For You” -yet another great song in her new but not brand new career (Grade: A-). Julien Baker is joined by her boygenius cohorts Phoebe Bridgers and Lucy Dadus, on “Favor,” a lovely single that’ll be on Baker’s upcoming album, the flip here is that it isn’t her usual piano and/or guitar, but adds electronic drums and synth lines (Grade: B). Victoria Monét wants to be the friend u can keep plus  soundalike of her friend Ariana Grande without the sass on “F.U.C.K.” (Grade: B). While Morgan Wallen sets fire to his career with a plethora of n words (here), Luke Combs is joined by banjo picking bluegrass star Billy Strings on the call for unity:  “We’re striking matches on the TV, Setting fires on our phones…we’re all so far, far apart now, it’s as deep as it is wide” on “The Great Divide”… it won’t get him cancelled (Grade: B).

Over at albums and the surprise Vampire Weekend drop 40:42, two songs each  20:21 minutes in length, the electronic jamming doesn’t do much itself but the actual song, when it kicks in proper, is pretty good (Grade: B-), if you’re in the market for Bob Dylan’s Chronicles, Vol 1, being read to you in German, knock yourself out and it is pretty funny hearing Daniel Lanois’s name between worlds of  German (Grade: C),  Femi and his son Made channel Fela on an Afrobeats agitprop special (Grade: B+), four songs from Amy Winehouse’s 2007 gig at Shepherd’s Bush Empire on  I Told You I Was Trouble: Live In London, so what’s not to like? (Grade: A-). Dave Grohl claims the Foo Fighters  Medicine At Midnight is a disco album inspired by David Bowie circa Let’s Dance. But if that is what he wanted why didn’t he call Niles Rodgers? Anyway, this is the same old FF with some beats and nanas thrown in (Grade: C-)

The Highlights – The Weeknd – A