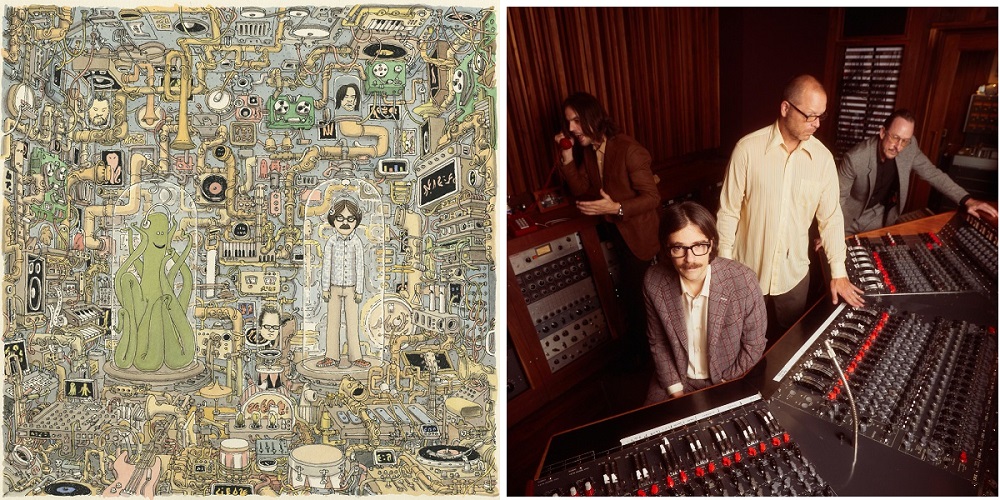 Why would Rivers Cuomo name an album of 60s style chamber pop by punning on a 90s Radiohead album? It makes as much sense as an over performed album of orchestrated pop would be created in isolation. But here we are with album #14 and since, well, that is pretty impressive anyway, let’s see where we stand with Weezer:

Whoops, I gave it away!

On OK, Human, Rivers is as good as he gets melodically in the early 2020s, and the orchestrations are seriously at work on behalf of the songs but most of the songs are awful. Yesterday, I reviewed the first single, “All My Favorite Songs” and loathed it but today? I woke up and listened again and I was amazed that it sounded better, not great but not a nightmare. The very next song, “Aloi Gobi” (about not going to the movies to keep away from Covid) is terrific but after that it is mediocrity gone wild. If the concept is an updated Pet Smarts then  I bet Brian wilson is laughing himself sick at the concept.

There is no excuse for the Pepper-y strings that infiltrate his empathically crappy “Numbers” about bullying, or haunted by violins “Playing My Piano” -with double tracked vocals, and a dream like aspect on a bad song. “Mirror Image” goes on the plus side (that makes three if your playing along at home), and “Screens” -the most middle class daddy song here, is the other side of the generation, and is somewhere between a great and a horrible idea, the song is simply horrid.

Nothing else much stands up, “Bird With A Broken wing” is pretty but too busy, “Here Comes The Rain” is alright and goes on the plus side. But put it altogether and while the actual attempt to do orchestrated mix and match is at least ambitious, it fails too often. As I noted in a live review in 2019 (here), for a band that lives on, not even hooks, certainly not lyrics, they can release years of of shitty songs and while this has maybe 25% keepers and none great, the problem lives on. They’ve threatened us with the return of big guitars soon with album #15, Van Weezer (geddit). Thank your father. Thanks dad.