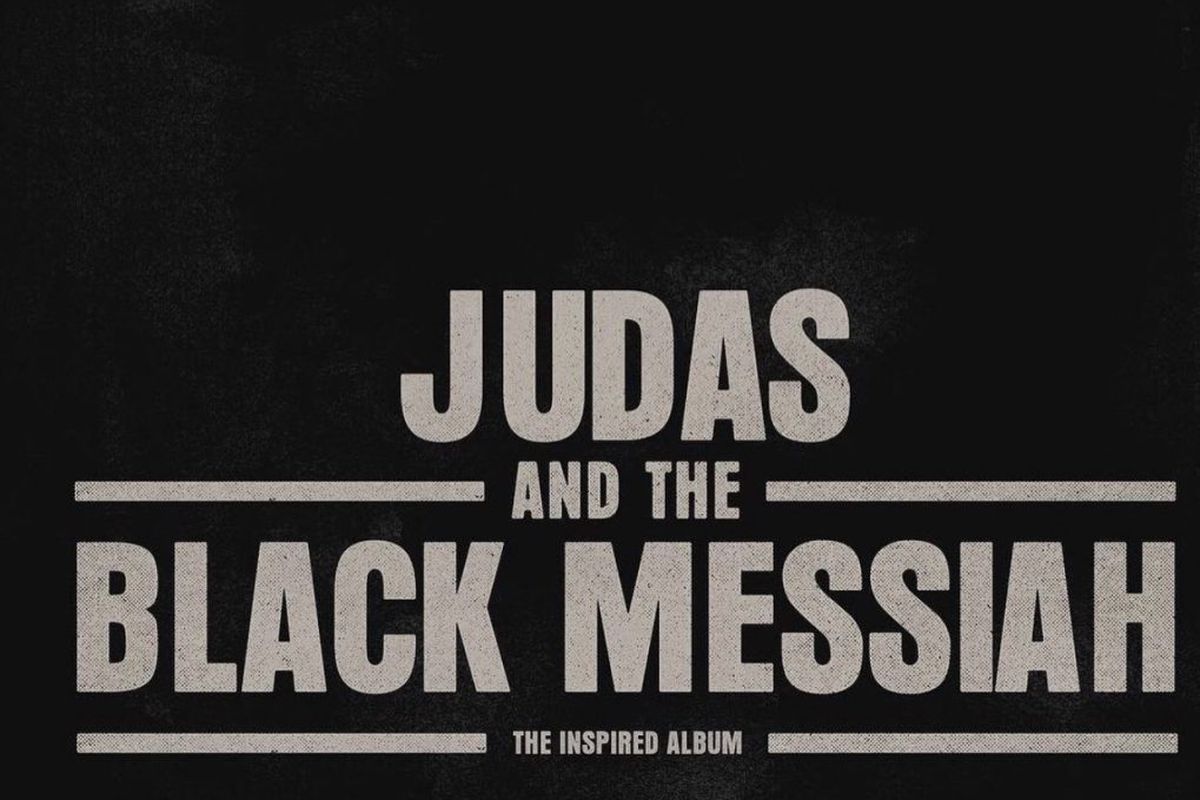 “Judas And The Black Messiah” is the story of Deputy chairman of the Illinois chapter Black Panther Party Fred Hampton, who was assassinated  in 1969 at the age of 21 during a police raid of his Chicago apartment. The movie by Shaka King is told from the perspective of William O’Neal, a carjacker who did a deal with the FBI to infiltrate the Black Panthers and report to the FBI, in return for having Federal charges dropped. In the winter after the summer of #BLM, HBO Max released (today!) the movie, and the album inspired by. It is pretty good.

The thing about the Black Panthers is that you can’t defend yourself against the FBI and their goon squads, open all the food kitchens in the world, educate everybody you have ever met, and still Huey P. Newton and Bobby Seales couldn’t thread the needle. It all ended up the way it always ends up.

The album inspired by the movie has been dribbling out for the past two weeks, highlighted by H.E.R.’s “Fight For You,” and the r&b, let’s call it a bloody hammer, black sounds, gets the cream of the crop and stepping away from the hip hop you know (the Lil Uzi Verts and the Futures), executive produced by Hit-Boy ( the man behind, to name but one Drake’s “Trophies”)  and including, according to Revolt (here), “Ryan Coogler (director-writer), Dash Sherrod (Interscope’s VP of A&R), and Archie Davis (RCA Records SVP of Marketing)”. In other words, this ain’t streets are watching, the Inspired Album, is a tasteful and clever who’s who -a black royalty test with only Noname ( who recorded the best song of last year, per me) refusing to add her voice because it was the movie of a sneak and not the hero who should have been central.

Having said all that, “What It Feels Like,” a post-humous Nipsey Hustle meets Jay Z (who brings his A game) is a beauty and H.E.R. is what you know she is, though oddly, for a Chicago centric story Chance The Rapper isn’t around and neither is any of the bad guys Chicago drill makers except for Lil Durk on best behavior. Instead we get Hit-Boy buddy Dom Kennedy -with a goodish worrying about coming home in a body bag track. Elsewhere up and comer Pooh Sheisty has a goodie, “Please The .45” with Smino and Saba is a beautiful jazz flicked track, A$AP Rocky returns with a 101 Rocky on “Rich Nigga Problems,” and Rakim closes the album out with “Black Messiah” which finds our most poetic rapper testifying.

So a very good album, with lots of moments worth savoring, but too tasteful and smug, it is one remove from the Chicago streets it is bearing witness to. Imagine The National curating an album of a movie about RFK’s assassination and starring Taylor Swift and Bon Iver and you have it…