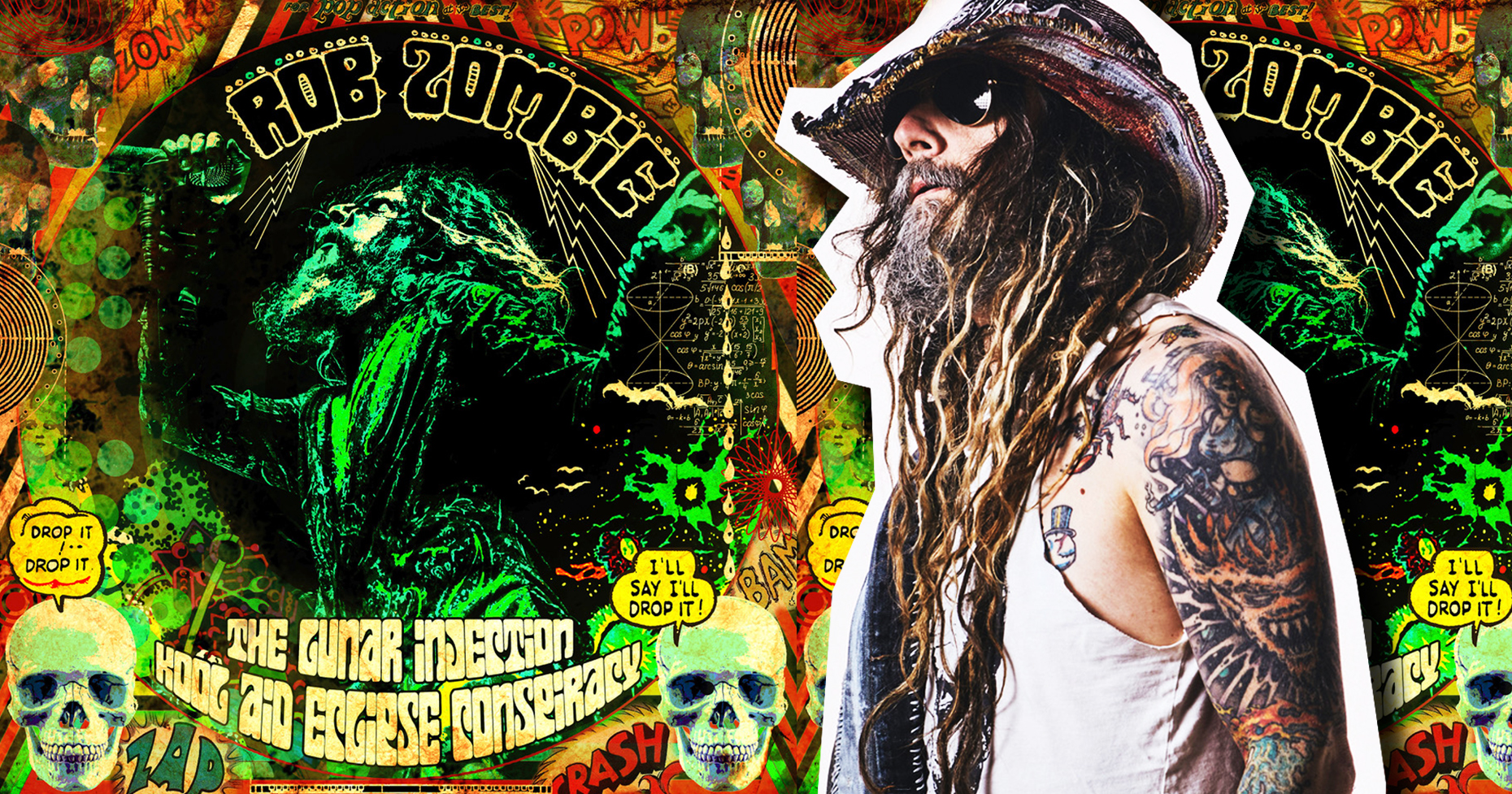 Rob Zombie has risen from the grave five years after the last time he has risen from the grave, the heavy metal shock rocker who became a horror movie maker has lost nothing on this overlong, dump the instrumental, wild and weird latest album thirty-six years into his career. While not everything on  The Lunar Injection Kool Aid Eclipse Conspiracy is the best zonked out psychedelia, the secret ingredient is as tasty as ever.

Zombie sounds the same as always, a mix of hard rock, metal, gothy scariness, bad nightmares and hooks of honey whether he’s singing a country romp like  “18Th Century Cannibals, Excitable Morlocks and a One-Way Ticket on the Ghost Train,” or a hook monster like the hysterical “Boom-Boom-Boom” -a modified blues shuderrer. And with his stellar band behind him (the guitarist is John 5 and he knows how to perform freak out riffs), Zombie attacks this horrorshow, kiddie wakemares with an intensity that could all too easily fall into (self) parody, but survives and thrives because sometimes THE SONGS ARE JUST RIDICULOUSLY FUN.  “The Ballad Of Sleazy Rider” takes off from a strong lick before morphing into the story of  “an outer space motherfucking boogeyman” with the anthem hook of our dreams “rama-lama, rama-lama-loo…” . It’s just (black) magic, voodoo weirdness from the outer regions of Zombie’s bizarro world.

True, the instrumental interludes kill off momentum, and there might be a reason for “A Brief Static Hum and Then the Radio Blared” but I won’t ask what it is. And when the songs don’t work, “Shadow Of A Cemetery Man” is what happens when he forgets the tune, it still functions as the antidote to the nightmare we have been living in with a nightmare we can embrace and live through.