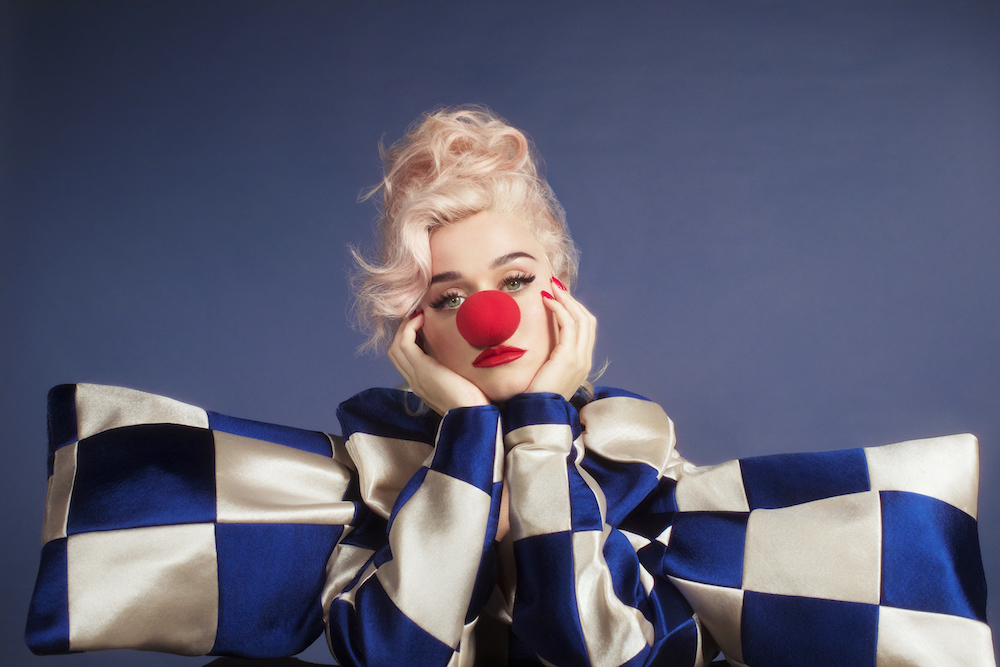 Katy Perry has come a long to reach now, the day after the birth of her first baby, Daisy, with Orlando Bloom, and the release of her second best album to date, the impeccable Smile.

Nine years ago, Katy was diva’d out of her mind, “Chauffeurs, the rider notes, are not allowed to “start a conversation w/ the client.” Wheelmen are similarly barred from conversing with Perry’s guests or fans. They also are directed not to stare at the backseat through the rear view mirror. Drivers should also not “ask for autographs or pictures.” Just one of the embarrassingly egregious and tone deaf requirements on her tour rider (here). It was followed by one best selling and one less best selling album where she invited the likes of Nicki Minaj and Migos to add street to the suffocatingly insulated Witness three years ago.

Then Katy seemed to come out of the ether, she publicly apologized to Taylor Swift, fell in love with Orlando Bloom and released the swift and sublime set of songs on Smile. We knew it was going to a return to form, a return to the relative innocence of Teenage Dreams, because every single was a pleasure. Pure pop EDM confections that at their most excited (have you heard the outro to “Daisies”?) maintains a tight hold on the songs as songs.How tight? Twelve songs in 36 minutes (I bet the deluxe ruins it when it drops in, I would bet, three weeks).

Want more? Pitchfork gave it a 5.7 so… as Maria Taylor proved decades ago, a dis from the style council website is simultaneously a badge of honor and a clue to pursue further. Some songs have better moments than others, though if “Never Really Over” and “Not The End Of The World,” with its late song sample of “Na Na Hey Hey Kiss Him Goodbye” maybe it isn’t for you. These are song’s of Katy’s expressions and experience, of both joy and self-awareness. With a huge cast of producers (the only name I recognized was Zedd), she uses her powers to suggest a grateful, heartfelt happiness in the moment, whatever the moment might mean in a larger sense. I’m grateful as well.